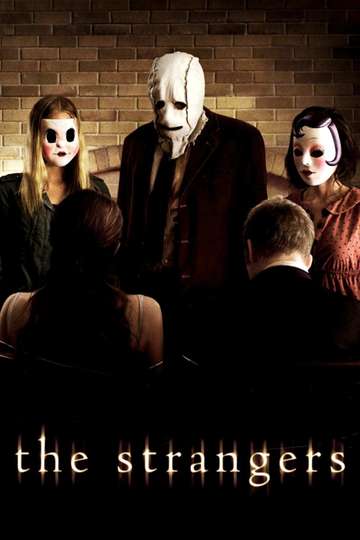 The Strangers (2008)Stream and Watch Online Want to watch 'The Strangers' on your TV, phone, or tablet? Finding a streaming service to buy, rent, download, or watch the Bryan Bertino-directed movie via subscription can be difficult, so we here at Moviefone want to take the pressure off.

Read on for a listing of streaming and cable services - including rental, purchase, and subscription alternatives - along with the availability of 'The Strangers' on each platform. Now, before we get into the fundamentals of how you can watch 'The Strangers' right now, here are some particulars about the Intrepid Pictures, Rogue Pictures, Vertigo Entertainment, Universal Pictures mystery flick.

Released May 29th, 2008, 'The Strangers' stars Liv Tyler, Scott Speedman, Glenn Howerton, Kip Weeks The R movie has a runtime of about 1 hr 26 min, and received a user score of 61 (out of 100) on TMDb, which compiled reviews from 1,796 experienced users.

What, so now you want to know what the movie’s about? Here's the plot: "After returning from a wedding reception, a couple staying in an isolated vacation house receive a knock on the door in the mid-hours of the night. What ensues is a violent invasion by three strangers, their faces hidden behind masks. The couple find themselves in a violent struggle, in which they go beyond what either of them thought capable in order to survive."

The Grudge
An American nurse living and working in Tokyo is exposed to a mysterio...

30 Days of Night
This is the story of an isolated Alaskan town that is plunged into dar...

The Last House on the Left
A group of teenage girls heading into the city hook up with a gang of...

Paranormal Activity
After a young, middle-class couple moves into what seems like a typica...

Insidious
A family discovers that dark spirits have invaded their home after the...

Vacancy
A young married couple becomes stranded at an isolated motel and find...

The Texas Chainsaw Massacre
After picking up a traumatized young hitchhiker, five friends find the...