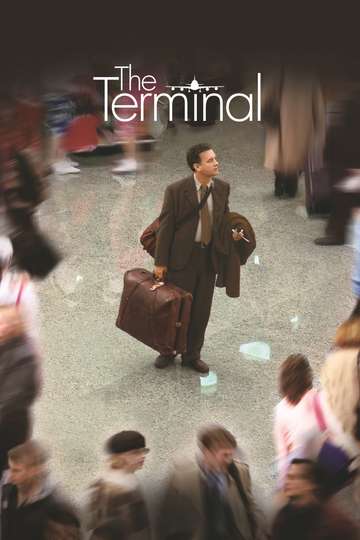 "Life is waiting."
TMDb Score
73
PG-13 2 hr 8 minJun 17th, 2004Drama, Comedy
Viktor Navorski is a man without a country; his plane took off just as a coup d'etat exploded in his homeland, leaving it in shambles, and now he's stranded at Kennedy Airport, where he's holding a passport that nobody recognizes. While quarantined in the transit lounge until authorities can figure out what to do with him, Viktor simply goes on living – and courts romance with a beautiful flight attendant.
Show More
DirectorSteven Spielberg
StarringTom HanksCatherine Zeta-JonesStanley Tucci 'Abominable' Could Be a New DreamWorks Animated Classic

Apollo 13
The true story of technical troubles that scuttle the Apollo 13 lunar...

War of the Worlds
Ray Ferrier is a divorced dockworker and less-than-perfect father. Soo...

The Green Mile
A supernatural tale set on death row in a Southern prison, where gentl...

Sleepless in Seattle
Desperate to find his dad Sam a date, a young boy calls into a radio s...

Minority Report
John Anderton is a top 'Precrime' cop in the late-21st century, when t...