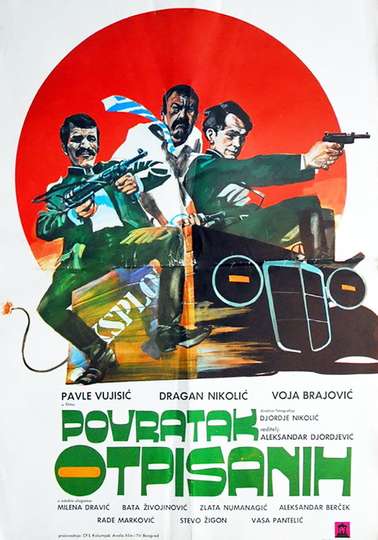 The Written Off Return

TMDb Score
73
NR 1 hr 35 minAction, War
Prle and Tihi, being the only surviving members of their resistance group, had been forced to leave Nazi-occupied Belgrade and join Partisans in country. In Summer of 1944 somebody is assassinating resistance sympathizers, and Prle and Tihi must return to Belgrade deal with it. In order to cross through enemy lines, they use cars, clothes and documents of captured pro-Nazi minister. During their journey the minister escapes and warns the Gestapo.
Show More
DirectorMilenko Jeremić
StarringDragan NikolićVojislav BrajovićAleksandar Berček
Movie DetailsFull Cast & Crew