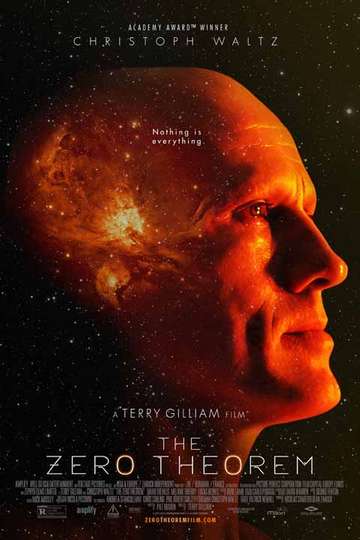 Need to watch 'The Zero Theorem' on your TV or mobile device at home? Discovering a streaming service to buy, rent, download, or watch the Terry Gilliam-directed movie via subscription can be a challenge, so we here at Moviefone want to do the heavy lifting.

We've listed a number of streaming and cable services - including rental, purchase, and subscription options - along with the availability of 'The Zero Theorem' on each platform when they are available. Now, before we get into the fundamentals of how you can watch 'The Zero Theorem' right now, here are some specifics about the Le Pacte, Voltage Pictures, Zanuck Independent, MediaPro Pictures, Zephyr Films, Picture Perfect Corporation, Wild Side Films fantasy flick.

Released August 19th, 2014, 'The Zero Theorem' stars Christoph Waltz, David Thewlis, Mélanie Thierry, Lucas Hedges The R movie has a runtime of about 1 hr 47 min, and received a user score of 61 (out of 100) on TMDb, which collated reviews from 1,001 top users.

You probably already know what the movie's about, but just in case... Here's the plot: "A computer hacker's goal to discover the reason for human existence continually finds his work interrupted thanks to the Management; this time, they send a teenager and lusty love interest to distract him."

'The Zero Theorem' is currently available to rent, purchase, or stream via subscription on Redbox, Plex, and Tubi TV .

The Imaginarium of Doctor Parnassus
"The man who tried to cheat the devil."

Her
"A Spike Jonze Love Story"

Enemy
"You can’t escape Yourself!"

The Signal
"R U Agitated?"

Tideland
"The squirrels made it seem less lonely"
The Fisher King
"A Modern Day Tale About The Search For Love, Sanity, Ethel Merman And The Holy Grail."
Time Bandits
"All the dreams you've ever had and not just the good ones."
The Man Who Killed Don Quixote
"Today's a marvelous day for adventures!"

Transcendence
"Yesterday, Dr. Will Caster was only human..."

Snowpiercer
"AD 2031, the passengers in the train are the only survivors on Earth."
Under the Skin
Twelve Monkeys
"The future is history."

The Fifth Estate
"You can't expose the world's secrets without exposing yourself"
Pi
"There will be no order, only chaos"

Jodorowsky's Dune
"The greatest science fiction movie never made."
Brazil
"It's only a state of mind."