Anna Kendrick and Justin Timberlake return in an all-star sequel to DreamWorks Animation's 2016 musical hit: Trolls World Tour. In an adventure that will take them well beyond what they've known before, Poppy (Kendrick) and Branch (Timberlake) discover that they are but one of six different Troll tribes scattered over six different lands and devoted to six different kinds of music: Funk, Country, Techno, Classical, Pop and Rock. Their world is about to get a lot bigger and a whole lot louder. 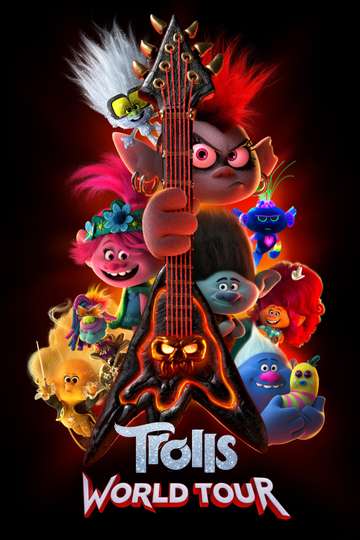 The Emoji Movie
"Not easy being meh"
Oxygen
"Survival is not free."

The Grinch
"Scheme big."
The Trolls
"If you can't beat 'em ...troll 'em."
Trolls: Together
"It’s Better Together!"

Frozen II
"The past is not what it seems."
Laurent Garnier: Off the Record

The Secret Life of Pets 2
"They still have their secrets."
Trolls Holiday
"Prepare to be merry and bright"

Sonic the Hedgehog
"A whole new speed of hero."

Bigfoot Family
The Willoughbys
"A family story for anyone who ever wanted to get away from their family"
Duna
Spies in Disguise
"Super Spy. Super Fly."
Pauly Shore Is Dead
"Hollywood Will Never Be the Same"