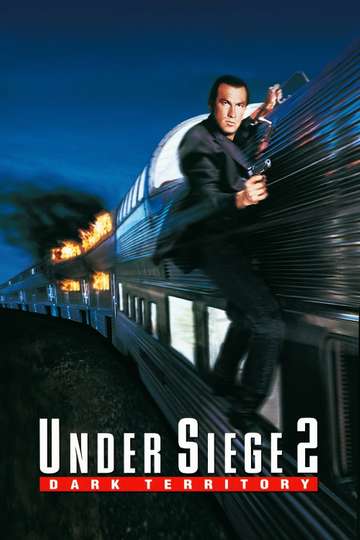 Want to watch 'Under Siege 2: Dark Territory' on your TV, phone, or tablet? Tracking down a streaming service to buy, rent, download, or view the Geoff Murphy-directed movie via subscription can be confusing, so we here at Moviefone want to do right by you.

Read on for a listing of streaming and cable services - including rental, purchase, and subscription alternatives - along with the availability of 'Under Siege 2: Dark Territory' on each platform. Now, before we get into all the details of how you can watch 'Under Siege 2: Dark Territory' right now, here are some finer points about the Regency Enterprises, Seagal/Nasso Productions, Cutting Edge Films, Warner Bros. Pictures, JVC thriller flick.

Released July 13th, 1995, 'Under Siege 2: Dark Territory' stars Steven Seagal, Eric Bogosian, Katherine Heigl, Morris Chestnut The R movie has a runtime of about 1 hr 40 min, and received a user score of 57 (out of 100) on TMDb, which put together reviews from 628 top users.

You probably already know what the movie's about, but just in case... Here's the plot: "A passenger train has been hijacked by an electronics expert and turned into an untraceable command center for a weapons satellite. He has planned to blow up Washington DC and only one man can stop him, former Navy SEAL Casey Ryback."

Kill Switch
A troubled detective travels to Memphis in order to track down a pair...

Out for a Kill
An unsuspecting university professor is an unwitting accomplice in a f...

Out for Justice
Gino Felino is an NYPD detective from Brooklyn who knows everyone and...

Above the Law
Nico Toscani is an Italian immigrant, American patriot, ex-CIA agent,...

Into the Sun
After the assassination of Tokyo's Governor by Yakuza members, the CIA...