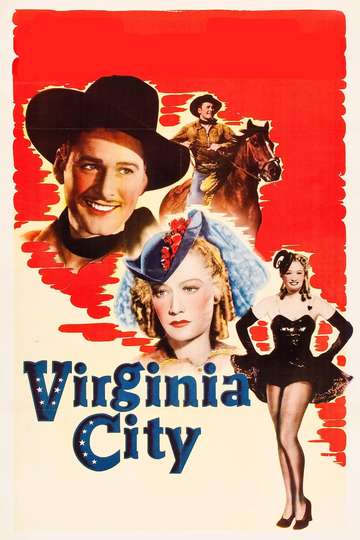 Yearning to watch 'Virginia City' on your TV or mobile device at home? Finding a streaming service to buy, rent, download, or view the Michael Curtiz-directed movie via subscription can be confusing, so we here at Moviefone want to do right by you.

We've listed a number of streaming and cable services - including rental, purchase, and subscription options - along with the availability of 'Virginia City' on each platform when they are available. Now, before we get into the nitty-gritty of how you can watch 'Virginia City' right now, here are some specifics about the Warner Bros. Pictures action flick.

Released March 16th, 1940, 'Virginia City' stars Errol Flynn, Miriam Hopkins, Randolph Scott, Humphrey Bogart The NR movie has a runtime of about 2 hr 1 min, and received a user score of 58 (out of 100) on TMDb, which compiled reviews from 17 top users.

What, so now you want to know what the movie's about? Here's the plot: "Union officer Kerry Bradford escapes from a Confederate prison and races to intercept $5 million in gold destined for Confederate coffers. A Confederate sympathizer and a Mexican bandit, each with their own stake in the loot, stand in his way."

Fullmetal Alchemist: The Revenge of Scar