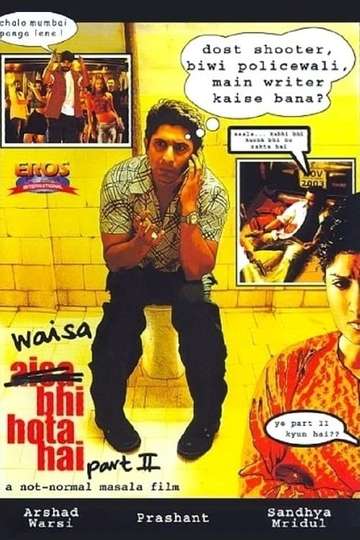 Waisa Bhi Hota Hai Part II (Hindi: वैसा भी होता है, English: It Happens That Way Too) is a 2003 Indian movie starring Arshad Warsi. Shashanka Ghosh, the creative driver behind the launch of MTV and Channel V in India, marks his debut as a director with this film.[1] Running in many parallel threads, it is in equal parts a comedy, satire, crime, and a Hindi masala film. The film is most famous for its songs "Allah ke Bande" performed by Kailash Kher and "Sajna Aa Bhi Jaa" performed by Shibani Kashyap.