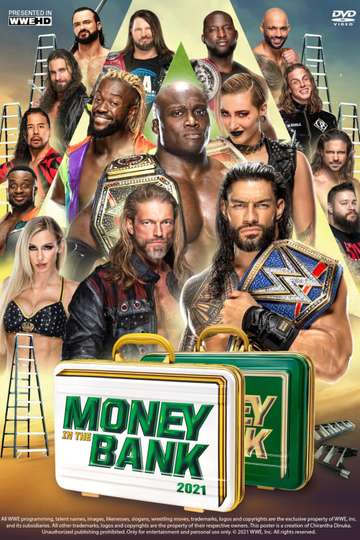 It's time once again for yet another climb towards a golden opportunity for potential, future championship gold for these WWE Superstars as both the Men's & Women's Money in the Bank briefcases are up for grabs (in front of a full live crowd for the first time in over a year no less!). Also, "The Head of the Table" Roman Reigns will be defending his Universal Championship against "The Rated R Superstar" Edge, "The All-Mighty" WWE Champion Bobby Lashley faces off against Kofi Kingston for Lashley's title, and Rhea Ripley defends her Raw Women's Championship against "The Queen" Charlotte Flair.