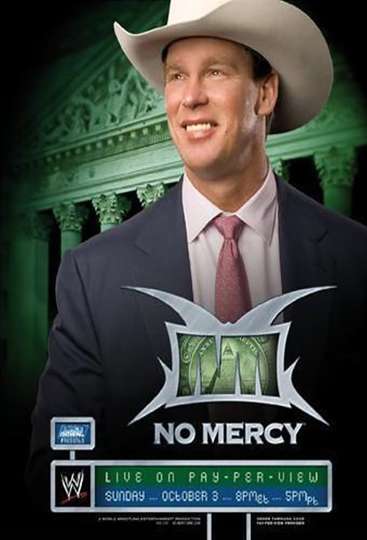 Looking to watch 'WWE No Mercy 2004' on your TV, phone, or tablet? Tracking down a streaming service to buy, rent, download, or watch the Kevin Dunn-directed movie via subscription can be difficult, so we here at Moviefone want to help you out.

We've listed a number of streaming and cable services - including rental, purchase, and subscription choices - along with the availability of 'WWE No Mercy 2004' on each platform. Now, before we get into the nitty-gritty of how you can watch 'WWE No Mercy 2004' right now, here are some specifics about the World Wrestling Entertainment (WWE) action flick.

Released October 3rd, 2004, 'WWE No Mercy 2004' stars Mark Calaway, John Layfield, John Cena, Booker Huffman The movie has a runtime of about 3 hr, and received a user score of 69 (out of 100) on TMDb, which compiled reviews from 4 top users.

Interested in knowing what the movie's about? Here's the plot: "No Mercy (2004) was a PPV which took place on October 3, 2004 at the Continental Airlines Arena in East Rutherford, New Jersey. It was the seventh annual No Mercy event. The event starred wrestlers from the SmackDown! brand. The main event was a Last Ride match, where the objective was to place an opponent in a hearse located on the entrance stage and drive them out of the arena. WWE Champion JBL defended against The Undertaker. Two predominant bouts were featured on the undercard; in respective singles matches, John Cena fought Booker T for the WWE United States Championship, and Kurt Angle fought The Big Show."

'WWE No Mercy 2004' is currently available to rent, purchase, or stream via subscription on WWE Network .