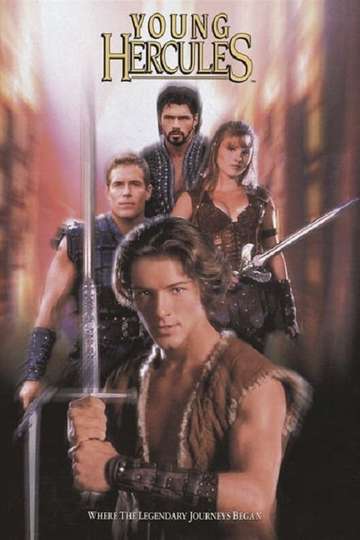 Looking to feast your eyes on 'Young Hercules' in the comfort of your own home? Finding a streaming service to buy, rent, download, or view the T.J. Scott-directed movie via subscription can be challenging, so we here at Moviefone want to help you out.

Read on for a listing of streaming and cable services - including rental, purchase, and subscription choices - along with the availability of 'Young Hercules' on each platform when they are available. Now, before we get into the nitty-gritty of how you can watch 'Young Hercules' right now, here are some particulars about the MCA Television, Renaissance Pictures fantasy flick.

Released August 30th, 1998, 'Young Hercules' stars Ian Bohen, Dean O'Gorman, Chris Conrad, Johna Stewart-Bowden The movie has a runtime of about 1 hr 26 min, and received a user score of 63 (out of 100) on TMDb, which assembled reviews from 18 experienced users.

Want to know what the movie's about? Here's the plot: "This film directed by T.J. Scott is a prequel to the popular television series. At an academy for mythological warriors, 17-year-old Hercules (Ian Bohen) meets Jason, the next in line to rule Corinth. When Jason discovers that his father is ill, Hercules decides to seek out the Golden Fleece that could cure him. But limitations to his powers, as well as his half-brother Ares, stand in his way. Filmed against the breathtaking scenery of New Zealand."

The SpongeBob Movie: Sponge on the Run
"They're Not in Bikini Bottom Anymore."