The ‘Once Upon a Time in Hollywood’ actor discusses his role as the “King of Rock & Roll” in the ‘Moulin Rouge!’ director’s new musical biopic. 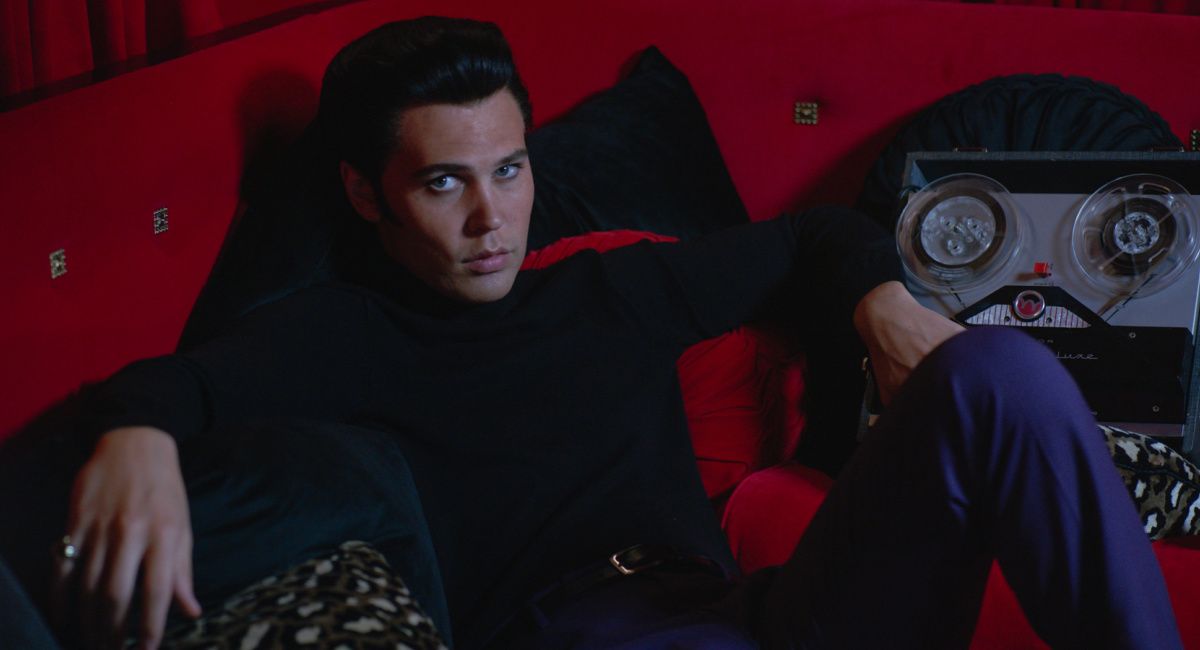 Opening in theaters on June 24th is the new musical biopic about the life and career of Elvis Presley, simply entitled ‘Elvis,’ which was directed by Baz Luhrmann (‘Moulin Rouge!’).

The film stars Austin Butler (‘Once Upon a Time in Hollywood’) as the title character and chronicles his early days to his success as a musician and movie star, as well as his complex relationship with manager Colonel Tom Parker (Tom Hanks).

Moviefone recently had the pleasure of speaking with Austin Butler about his work on ‘Elvis.’

You can read the full interview below or click on the video player above and watch our interviews with Butler, director by Baz Luhrmann, Olivia DeJonge, Kelvin Harrison Jr., Alton Mason, and Yola Quartey.

Moviefone: To begin with, can you talk about your first meeting with director Baz Luhrmann and the discussions you had about how you wanted to approach playing this role?

Austin Butler: From our very first-time meeting, it was clear to me Baz's work ethic and his commitment to finding the truth. The first time we met, I'd already been working on it for about a month at this point, just because I knew I was going to be meeting with him eventually.

So, we met and we both just clicked because we were both so fascinated with the fact that behind this icon, or the caricature of Elvis that has been held up in certain people's minds to an almost godlike status, is this man who came from nothing, and who grew up in one of the few white houses in a Black neighborhood, and the fact that we don't have Elvis without Black music.

Him growing up in gospel tents, down on Beale Street and juke joints, and the inspiration and love that he had for everything that he was soaking in as a young child. There’re so many things about him that have been misconstrued.

So, for me, I knew that I was interested in who is Elvis when nobody's looking? Behind this person that everybody thinks they know, who is he in an empty room when he wakes up in the morning, or when he goes to bed at night, or when he's brushing his teeth? Those little things, that's what I was really fascinated by. Where's the humanity of him?

MF: Finally, can you talk about developing Elvis’ specific walk, talk and look for the movie?

AB: I had a year and a half before we started shooting where I didn't do anything else. I just followed my curiosity, really. I watched every frame of footage that is available. I watched every documentary and read every book on his life and listened to every interview he ever gave. You do all that and then you feel kind of like a detective where you're just asking “why” the whole time.

Why does he touch his face in that way? Why did he make that decision? Why this, why that? Eventually it starts going from this objective process to it being subjective, where you're feeling it and seeing it through his eyes. So, it's sort of like seeing a blurry picture that is slowly coming into clarity. I also, I got to say, I had an incredible group of people around me.

So, my movement coach, Polly Bennett, who also worked with many other members of the cast, but she was really vital in my process. My dialect coaches, my singing coaches, karate instructor. I had so many things that I did. I went to Nashville and Memphis with Baz and recorded gospel singers in these tiny churches and felt the spirit of the music, because all of Elvis's movement came from him being moved by music.

So, it was never about choreographing anything. But here's the tricky thing, is you want to be incredibly specific. So, you're going back and forth between never losing the feeling that you get when you're in a gospel church and you feel the rapture of music, but yet being able to then be incredibly specific with a moment that you're trying to recreate identically. So, that was my long-winded way of describing to you some of the process.