From her latest, 'Alice, Darling,' to 'Up in the Air,' Moviefone counts down the 20 best movies of Anna Kendrick's career. 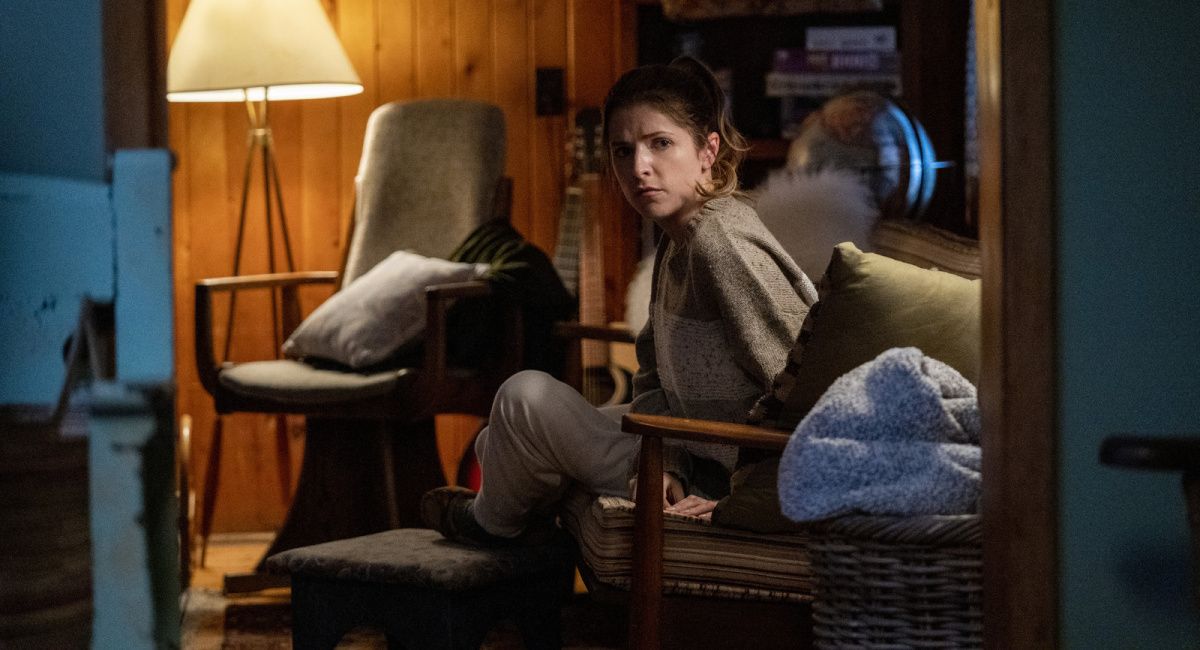 Anna Kendrick is one of the most popular and talented actress working today.

She first gained attention for her supporting role in the 'Twilight' franchise and was quickly nominated for an Academy Award for Best Supporting Actress for her work opposite George Clooney in 'Up in the Air,' and has since appeared in such popular movies as 'Scott Pilgrim vs. the World,' 'End of Watch,' 'Cake,' 'The Accountant,' 'Trolls' and the 'Pitch Perfect' franchise. Her latest project, 'Alice, Darling' opens exclusively in AMC Theaters on January 20th.

In honor of the release of her new film, Moviefone is counting down the 20 best movies of Anna Kendrick's career, including 'Alice, Darling.'

Bella (Kristen Stewart) once again finds herself surrounded by danger as Seattle is ravaged by a string of mysterious killings and a malicious vampire continues her quest for revenge. In the midst of it all, she is forced to choose between her love for Edward (Robert Pattinson) and her friendship with Jacob (Taylor Lautner), knowing that her decision has the potential to ignite the ageless struggle between vampire and werewolf. With her graduation quickly approaching, Bella is confronted with the most important decision of her life.

Mike (Adam DeVine) and Dave (Zac Efron) are young, adventurous, fun-loving brothers who tend to get out of control at family gatherings. When their sister Jeanie (Sugar Lyn Beard) reveals her Hawaiian wedding plans, the rest of the Stangles insist that the brothers bring respectable dates. After placing an ad on Craigslist, the siblings decide to pick Tatiana (Aubrey Plaza) and Alice (Kendrick), two charming and seemingly normal women. Once they arrive on the island, however, Mike and Dave realize that their companions are ready to get wild and party.

After the highs of winning the world championships, the Bellas find themselves split apart and discovering there aren't job prospects for making music with your mouth. But when they get the chance to reunite for an overseas USO tour, this group of awesome nerds will come together to make some music, and some questionable decisions, one last time.

Inspired by a true story, a comedy centered on a 27-year-old guy (Joseph Gordon-Levitt) who learns of his cancer diagnosis and his subsequent struggle to beat the disease.

The new found married bliss of Bella Swan (Kristen Stewart) and vampire Edward Cullen (Robert Pattinson) is cut short when a series of betrayals and misfortunes threatens to destroy their world.

After having visions of a member of her support group who killed herself (Kendrick), a woman (Jennifer Aniston) who also suffers with chronic pain seeks out the widower of the suicide.

When Bella Swan (Kristen Stewart) moves to a small town in the Pacific Northwest, she falls in love with Edward Cullen (Robert Pattinson), a mysterious classmate who reveals himself to be a 108-year-old vampire. Despite Edward's repeated cautions, Bella can't stay away from him, a fatal move that endangers her own life.

A former Weather Underground activist (Robert Redford) goes on the run from a journalist (Shia LaBeouf) who discovers his identity.

The Company You Keep

The Bellas are back, and they are better than ever. After being humiliated in front of none other than the President of the United States of America, the Bellas are taken out of the Aca-Circuit. In order to clear their name, and regain their status, the Bellas take on a seemingly impossible task: winning an international competition no American team has ever won. In order to accomplish this monumental task, they need to strengthen the bonds of friendship and sisterhood and blow away the competition with their amazing aca-magic! With all new friends and old rivals tagging along for the trip, the Bellas can hopefully accomplish their dreams.

Stephanie (Kendrick), a dedicated mother and popular vlogger, befriends Emily (Blake Lively), a mysterious upper-class woman whose son Nicky attends the same school as Miles, Stephanie's son. When Emily asks her to pick Nicky up from school and then disappears, Stephanie undertakes an investigation that will dive deep into Emily's cloudy past.

Lovable and friendly, the trolls love to play around. But one day, a mysterious giant shows up to end the party. Poppy (Kendrick), the optimistic leader of the Trolls, and her polar opposite, Branch (Justin Timberlake), must embark on an adventure that takes them far beyond the only world they’ve ever known.

In a woods filled with magic and fairy tale characters, a baker (James Corden) and his wife (Emily Blunt) set out to end the curse put on them by their neighbor, a spiteful witch.

Anna Kendrick stars as Alice, a woman pushed to the breaking point by her psychologically abusive boyfriend, Simon (Charlie Carrick). While on vacation with two close girlfriends (Kaniehtiio Horn and Wunmi Mosaku), Alice rediscovers the essence of herself and gains some much-needed perspective. Slowly, she starts to fray the cords of codependency that bind her. But Simon’s vengeance is as inevitable as it is shattering – and, once unleashed, it tests Alice’s strength, her courage, and the bonds of her deep-rooted friendships.

In the taut thriller ALICE, DARLING, Oscar® nominee Anna Kendrick (“Up in the Air”) stars as a woman pushed to the breaking point by her psychologically abusive... Read the Plot

A girl (Kendrick) falls for the "perfect" guy (Sam Rockwell), who happens to have a very fatal flaw: he's a hitman on the run from the crime cartels who employ him.

Two young officers (Jake Gyllenhaal and Michael Peña) are marked for death after confiscating a small cache of money and firearms from the members of a notorious cartel during a routine traffic stop.

As a math savant (Ben Affleck) uncooks the books for a new client, the Treasury Department closes in on his activities and the body count starts to rise.

Corporate downsizing expert Ryan Bingham (George Clooney) spends his life in planes, airports, and hotels, but just as he’s about to reach a milestone of ten million frequent flyer miles, he meets a woman (Vera Farmiga) who causes him to rethink his transient life.

As bass guitarist for a garage-rock band, Scott Pilgrim (Michael Cera) has never had trouble getting a girlfriend; usually, the problem is getting rid of them. But when Ramona Flowers (Mary Elizabeth Winstead) skates into his heart, he finds she has the most troublesome baggage of all: an army of ex-boyfriends (Chris Evans, Brandon Routh, and Jason Schwartzman) who will stop at nothing to eliminate him from her list of suitors.

Scott Pilgrim vs. the World

College student Beca (Kendrick) knows she does not want to be part of a clique, but that's exactly where she finds herself after arriving at her new school. Thrust in among mean gals, nice gals and just plain weird gals, Beca finds that the only thing they have in common is how well they sing together. She takes the women of the group out of their comfort zone of traditional arrangements and into a world of amazing harmonic combinations in a fight to the top of college music competitions.