‘The Many Saints of Newark’ and ‘No Time to Die’ actor discusses the second season of his hit HBO Max series, which also stars Cristin Milioti. 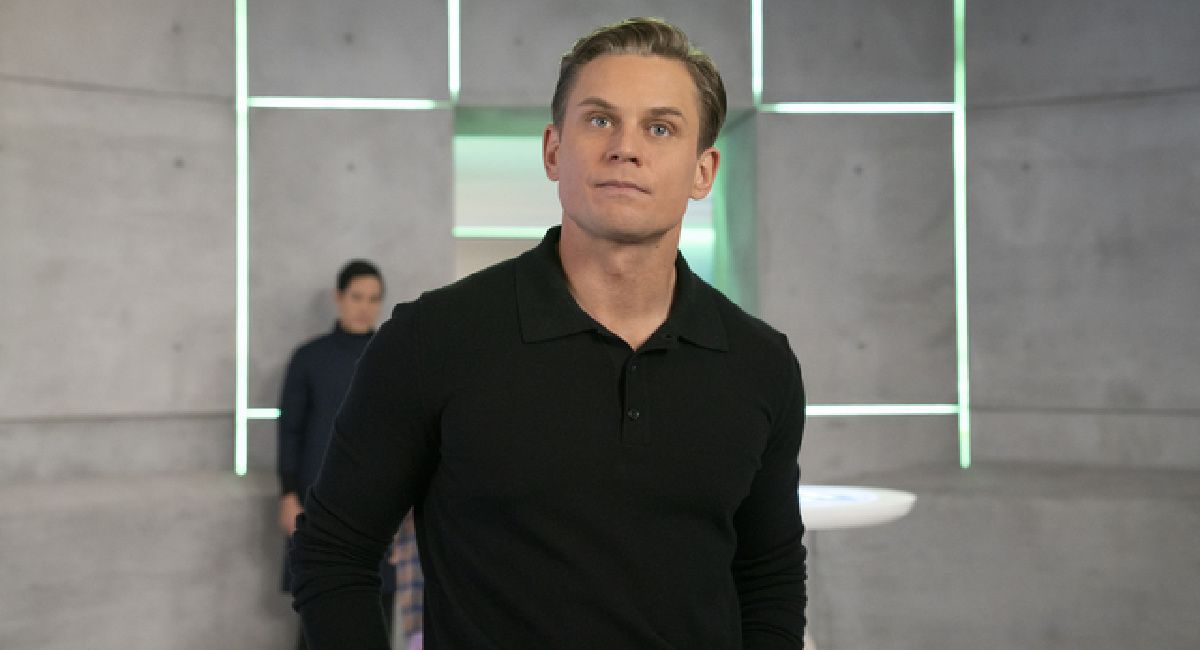 Billy Magnussen on HBO Max's 'Made for Love.'

Premiering April 28th on HBO Max is the second season of the hit series ‘Made for Love,’ which stars Cristin Milioti and Billy Magnussen.

Created by Alissa Nutting, Dean Bakopoulis, Patrick Somerville, and Christina Lee, and based on the novel of the same name by Nutting, the series centers on Hazel Green (Milioti), a woman who escapes a suffocating 10-year marriage from tech billionaire Byron Gogol (Magnussen), who has implanted an “emotional tracking devise” into her brain.

Moviefone recently had the pleasure of speaking with Billy Magnussen about his work on the second season of ‘Made for Love.’

You can read our full interview with Billy Magnussen below or watch our interviews with Magnussen, and producers Alissa Nutting and Christina Lee in the video player above.

Moviefone: To begin with, what would you tell people that are just jumping into this series with season two to get them up to speed on the show?

Billy Magnussen: This show is complete bonkers. It uses sci-fi and dark comedy to really talk about a love story, a relationship and the struggles of two people trying to connect, and we all constantly miss. And there's a sex doll that's a main character. So, check it out. It's crazy.

MF: Byron is desperately in love with Hazel, even though she does not return his love. Can you talk about why he continues to pursue her and the lengths he will go to get her back?

BM: Because I think it's human nature. I think people do it all the time. I know it's like a crazy sci-fi world, but the truth is I think people do that, they fall and chase people that don't love them back. It's a really sad story.

MF: How did you prepare to play Byron in season two?

BM: Well, those experiences of relationships and stuff like that, I think we've all experienced them one way or another. To get in the head of it, all the answers are in the script and I'm just playing and dreaming. I go home, while I take a shower and I'm just like, "What's this guy do?" That's the job. I wish there was a secret or something. I'm just playing, man.

Billy Magnussen on HBO Max's 'Made for Love.'

MF: Did you base the character on any real-life tech CEOs?

BM: It's all just sucked in from everywhere and I just digest it and try to spew it back out. I don't know. There's no secret. I'm just trying to figure it out as I go along too.

MF: Byron makes some sinister desions throughout the series, how do you justify those choices for yourself?

BM: Every character is empathetic. No one's a bad guy in their own story. So, you have to find someplace where it's coming from. He's hoping something good will come out of it. That's the intention. That's where you find every character I think.

MF: Can you talk about how Hazel and Byron grow together in season two?

BM: I think like any relationship, that if you don't want to walk away from it, you try to fix it. I think that's the attempt that's happening. There is a barter going on within the relationship to hopefully save it. Again, I don't think anyone's wrong, but I think everyone has different opinions in relationships.

(L to R) Cristin Milioti and Billy Magnussen on HBO Max's 'Made for Love.'

MF: Can you talk about working with Cristin Milioti on this series?

BM: Oh, my God. Working with Cristen Milioti is fantastic. She's a queen. I mean, she's talented, smart, intelligent, beautiful, come on, it's easy. I don't have to do much work. I just stand there. She does it all.

MF: Finally, will we learn more about the Hub this season and what is really going on behind the scenes?

BM: The Hub? It just goes deeper and deeper and we discover the labyrinth that is the Hub. So, go see what's behind those doors!

'Made for Love' season 2 premieres April 28th on HBO Max.