The new action movie will stop in theaters this August. 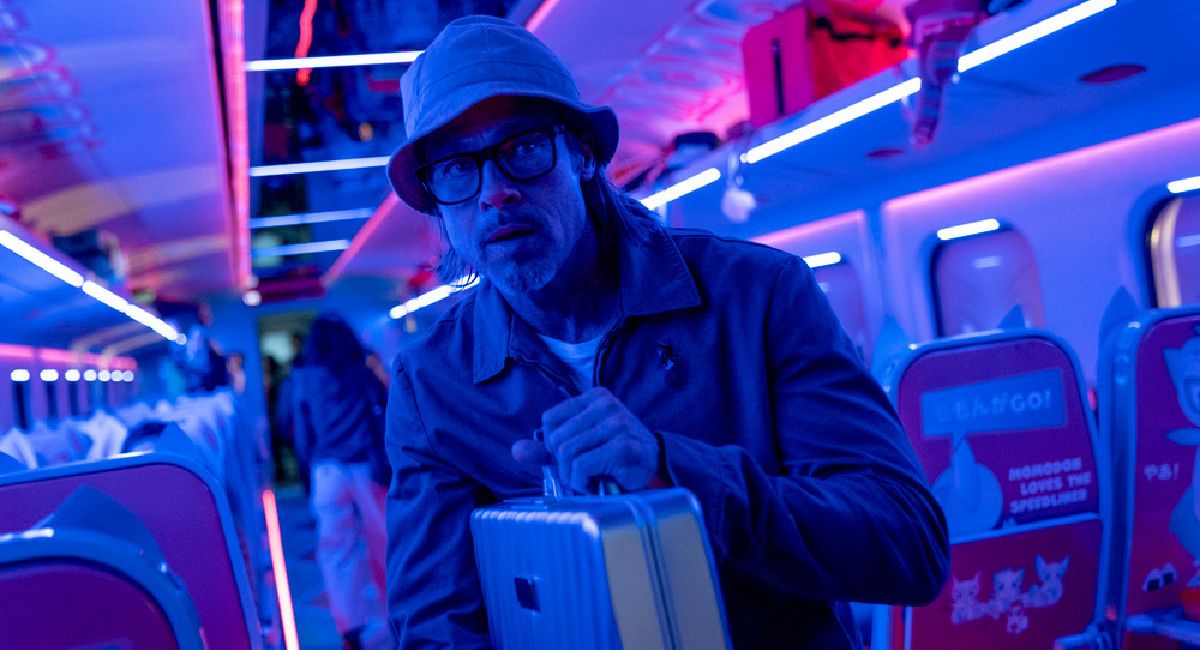 If you’re an assassin by trade, can you really claim that it’s bad luck that people keep dying around you? If you’re Brad Pitt’s character in upcoming action comedy thriller ‘Bullet Train’, you might actually have a point.

The latest trailer for the movie is now online and is full of all the Pitt vs. assassin action you could hope for. It opens with Pitt’s Ladybug – a title given to him by his handle, Maria Beetle (Sandra Bullock), in the hopes that it might mean good luck – ticking off the ways that previous gigs have gone badly wrong. And even times when he’s not actively trying to murder someone, the bodies keep piling up. He’s stressed and looking for a less death-laden life.

Dispatched on what would seem to be a routine, relatively harmless mission to pick up an important briefcase on a Bullet Train in Japan, Ladybug hopes for a quieter time of things. Fate, however, may have other plans, as this latest job puts him on a collision course with lethal adversaries from around the globe – all with connected, yet conflicting, objectives – on the world's fastest train... And he's got to figure out how to get off.

Cue fists flying, swords swinging and Pitt nailing Aaron Tylor-Johnson with a bottle of fizzy water. Taylor-Johnson plays Tangerine, one half of a deadly duo with Brian Tyree Henry’s Lemon, with the pair after the very same suitcase. And they are not the only dangerous passengers onboard.

There’s Joey King, who is playing a young killer without a shred of moral doubt, Logan Lerman, Zazie Beetz, Hiroyuki Sanada, Masi Oka, Bad Bunny and Andrew Koji to boot. Oh, and possibly worse than all of them is Michael Shannon as a notorious crime boss with a personal army of thugs at his disposal.

With David Leitch, the stuntman-turned-filmmaker who kickstarted his directing career with ‘John Wick’ and has since made movies including ‘Atomic Blonde’ and ‘Deadpool 2’ in charge here, the movie looks stylish and slyly funny, especially that moment in the quiet car (and Pitt punching a mascot who refuses to give up the case).

There’s also a hint that Pitt and some of others (those left standing by the time the train reaches its destination) might actually end up joining forces to combat Shannon’s murderous men. It’s certainly more dangerous than the threat of a cancelled train or a blocked toilet stinking up a whole carriage.

‘Bullet Train’ will pull into theaters on August 5th.