Comic-Con 2022: First Clips From The New ‘Beavis and Butt-Head’ Series

Mike Judge talked about the two idiots at a panel for their big return to TV in the wake of ‘Beavis and Butt-Head Do the Universe.'

A couple of giggling idiots making nonsense comments about pop culture or music could be the poster children for today’s social media. But Beavis and Butt-Head, the titular duo of creator Mike Judge’s famous set of shorts and TV series, began life in 1992.

The pair, who originated in a single short film by Judge called ‘Frog Baseball’, soon became popular, appearing on MTV to critique (in the loosest sense of the word) music videos and scored their own series running between 1993 and 1997, and 1996’s big screen adventure ‘Beavis and Butt-Head Do the Universe’.

Following a one-season revival in 2011, they returned in a big way this year thanks to Paramount+ movie ‘Beavis and Butt-Head Do the Universe’ and that’s just the tip (cue incessant sniggering from the boys) of Judge’s plans.

We’ve known for a while that Judge intended to bring the pair back to the small screen for another new series, and he came to the San Diego Comic-Con with a couple of clips from the show, which you can see on this very page. 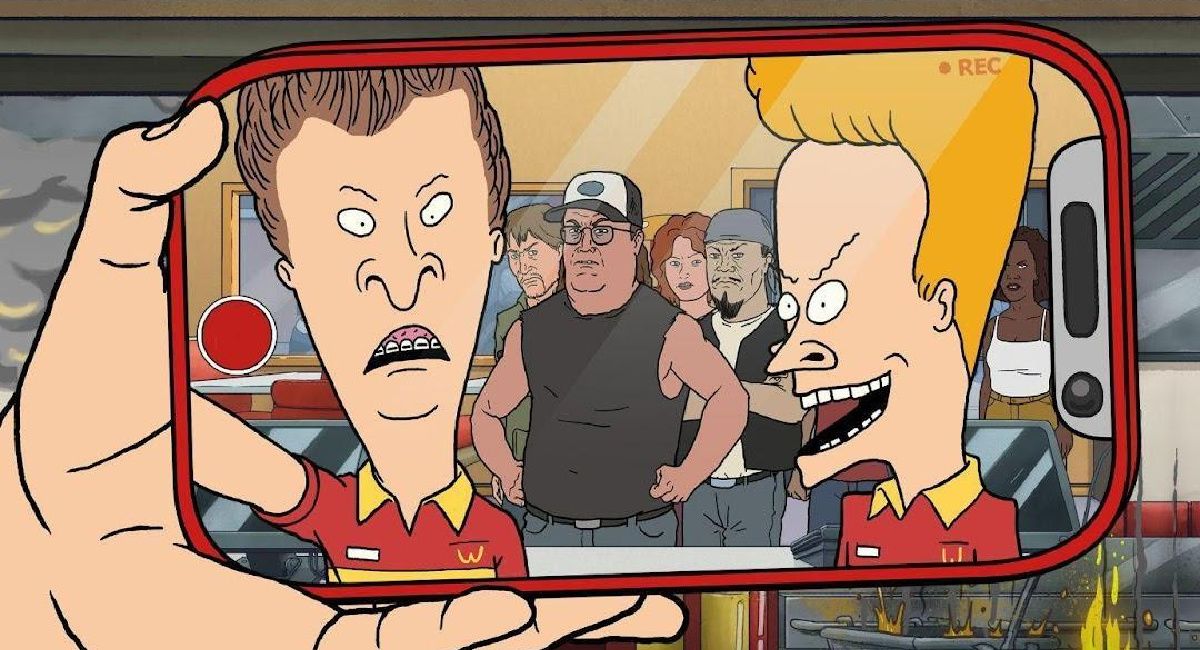 Talking to moderator Paul Scheer for a panel interview, he explained that the latest return was thanks to one of his other jobs. One of the bands who contributed to TV series ‘Silicon Valley’ asked for a ‘Beavis’ segment to run during the musicians’ Coachella show. Creatively inspired again, Judge started coming up with fresh ideas.

He didn’t, however, want to change what works about the rock-loving imbeciles. “There was always a temptation to make them smarter, and I’ve always resisted it,” Judge said at the panel. He explained that this had been a topic of discussion when he heard a pitch that someone made while he was working on ‘Beavis and Butt-Head Do the Universe’. “I had to say, ‘Beavis and Butt-Head really don’t read very well, so that’s not gonna work.’”

And even though the show will, like the recent movie, explore how the characters look and act in middle age, there is no move to update the animation style. “We talked about all that stuff, and it comes back to, ‘If it ain’t broke, don’t fix it,'” Judge said about the basic character design. “I’d like them to look better, but every time we tried to make them look better, it would make them less funny.”

In addition to discussing his beloved characters, Judge also shared that a new series of ‘King of the Hill’ was looking likely and that there will be more from the character of Daria, who was spun off from the original ‘Beavis and Butt-Head’.