In honor of Labor Day, Moviefone counts down the 25 best movies that are set in the workplace. 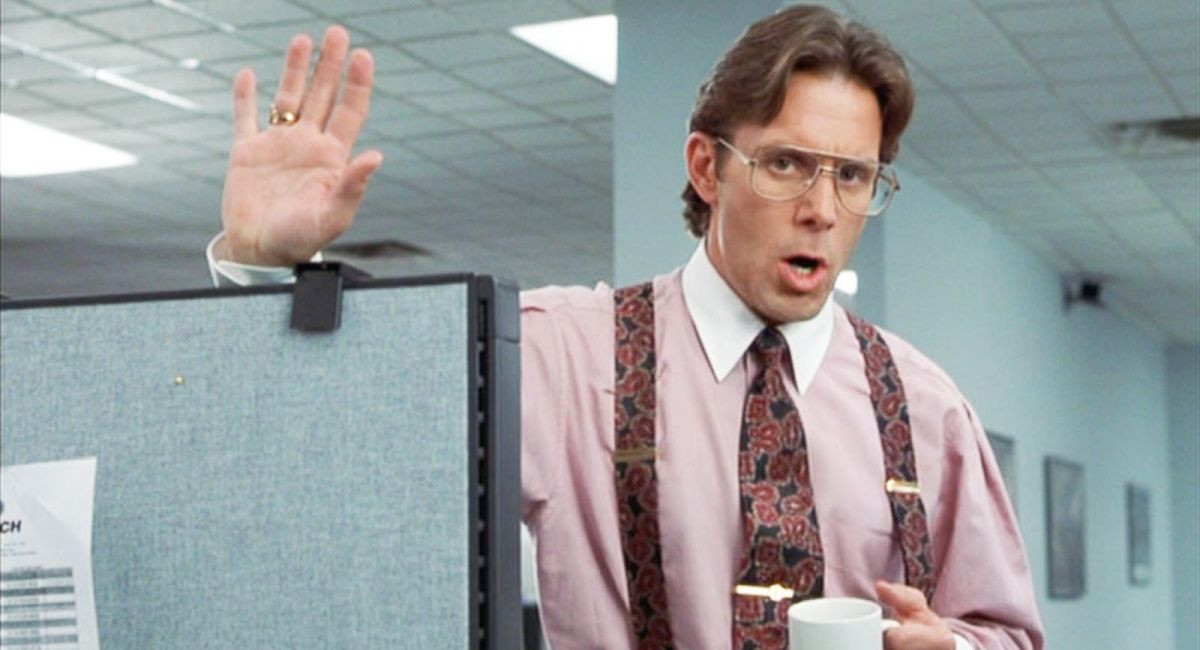 Labor Day is a federal holiday in the United States celebrated on the first Monday in September to honor and recognize the American labor movement and the works and contributions of laborers to the development and achievements of the United States.

But its also a three-day weekend, and many movie fans spend the last official weekend of summer relaxing and watching a movie!

In honor of Labor Day, Moviefone has assembled a list of the 25 best movies ever made set in the workplace.

A fictionalized account of the first major successful sexual harassment case in the United States -- Jenson vs. Eveleth Mines, where a woman (Charlize Theron) who endured a range of abuse while working as a miner filed and won the landmark 1984 lawsuit.

70-year-old widower Ben Whittaker (Robert De Niro) has discovered that retirement isn't all it's cracked up to be. Seizing an opportunity to get back in the game, he becomes a senior intern at an online fashion site, founded and run by Jules Ostin (Anne Hathaway).

When she learns she's in danger of losing her visa status and being deported, overbearing book editor Margaret Tate (Sandra Bullock) forces her put-upon assistant, Andrew Paxton (Ryan Reynolds), to marry her.

Convenience and video store clerks Dante (Brian O'Halloran) and Randal (Jeff Anderson) are sharp-witted, potty-mouthed and bored out of their minds. So in between needling customers, the counter jockeys play hockey on the roof, visit a funeral home and deal with their love lives.

A week in the life of the exploited, child newspaper sellers in turn-of-the-century New York including Jack "Cowboy" Kelly (Christian Bale). When their publisher, Joseph Pulitzer (Robert Duvall), tries to squeeze a little more profit out of their labors, they organize a strike, only to be confronted with the Pulitzer's hard-ball tactics.

When a western Pennsylvania auto plant is acquired by a Japanese company, brokering auto worker Hunt Stevenson (Michael Keaton) faces the tricky challenge of mediating the assimilation of two clashing corporate cultures. At one end is the Japanese plant manager (Gedde Watanabe) and the sycophant who is angling for his position. At the other, a number of disgruntled long-time union members (George Wendt and John Turturro) struggle with the new exigencies of Japanese quality control.

The life of super-yuppie J.C. (Diane Keaton) is thrown into turmoil when she inherits a baby from a distant relative.

A nebbish of a morgue attendant (Henry Winkler) gets shunted back to the night shift where he is shackled with an obnoxious neophyte partner (Michael Keaton) who dreams of the "one great idea" for success. His life takes a bizarre turn when a prostitute neighbor (Shelly Long) complains about the loss of her pimp. His partner, upon hearing the situation, suggests that they fill that opening themselves using the morgue at night .

"Ever since two enterprising young men turned the City Morgue into a swinging business, people have been dying to get in."
59
R1 hr 46 minJul 30th, 1982
Watch Night Shift Online

When Carol Vanstone (Jennifer Aniston), CEO of the technology company Zenotek, expresses her intention to close the Chicago branch, run by her brother Clay (T.J. Miller), he and his co-workers organize a Christmas party in an effort to impress a potential client and save their jobs. But the party gets out of control…

A law firm brings in its "fixer" (George Clooney) to remedy the situation after a lawyer (Tom Wilkinson) has a breakdown while representing a chemical company that he knows is guilty in a multi-billion dollar class action suit. Actress Tilda Swinton received an Academy Award for Best Supporting Actress for her performance.

A snobbish investor (Dan Aykroyd) and a wily street con-artist (Eddie Murphy) find their positions reversed as part of a bet by two callous millionaires.

Norma Rae (Sally Field) is a southern textile worker employed in a factory with intolerable working conditions. This concern about the situation gives her the gumption to be the key associate to a visiting labor union organizer (Ron Leibman). Together, they undertake the difficult, and possibly dangerous, struggle to unionize her factory.

"The story of a woman with the courage to risk everything for what she believes is right."
73
PG1 hr 50 minMar 2nd, 1979
Watch Norma Rae Online

New York City, 1954: Benjy Stone (Mark Linn-Baker) is the junior writer on the top rated variety/comedy show. His idol Alan Swann (Peter O'Toole), an actor with a drinking problem, is to be that week's guest star.

For Nick (Jason Bateman), Kurt (Jason Sudeikis) and Dale (Charlie Day), the only thing that would make the daily grind more tolerable would be to grind their intolerable bosses into dust. Quitting is not an option, so, with the benefit of a few-too-many drinks and some dubious advice from a hustling ex-con (Jamie Foxx), the three friends devise a convoluted and seemingly foolproof plan to rid themselves of their respective employers... permanently.

Andy (Anne Hathaway) moves to New York to work in the fashion industry. Her boss (Meryl Streep) is extremely demanding, cruel and won't let her succeed if she doesn't fit into the high class elegant look of their magazine.

A thriller that revolves around the key people at an investment bank over a 24-hour period during the early stages of the financial crisis. The movie stars Kevin Spacey, Paul Bettany, Jeremy Irons, Zachary Quinto, Penn Badgley, Simon Baker, Mary McDonnell, Demi Moore, and Stanley Tucci.

Corporate downsizing expert Ryan Bingham (George Clooney) spends his life in planes, airports, and hotels, but just as he’s about to reach a milestone of ten million frequent flyer miles, he meets a woman (Vera Farmiga) who causes him to rethink his transient life.

Tess McGill (Melanie Griffith) is an ambitious secretary with a unique approach for climbing the ladder to success. When her classy, but villainous boss (Sigourney Weaver) breaks a leg skiing, Tess takes over her office, her apartment and even her wardrobe. She creates a deal with a handsome investment banker (Harrison Ford) that will either take her to the top, or finish her off for good.

The tale of a new breed of cultural insurgent: a punk genius (Jesse Eisenberg) who sparked a revolution and changed the face of human interaction for a generation, and perhaps forever.

The Wolf of Wall Street

When an office full of Chicago real estate salesmen is given the news that all but the top two will be fired at the end of the week, the atmosphere begins to heat up. Shelley Levene (Jack Lemmon), who has a sick daughter, does everything in his power to get better leads from his boss, John Williamson (Kevin Spacey), but to no avail. When his coworker Dave Moss (Ed Harris) comes up with a plan to steal the leads, things get complicated for the tough-talking salesmen. The cast also includes Al Pacino, Alec Baldwin, Alan Arkin and Jonathan Pryce.

A depressed white-collar worker (Ron Livingston) tries hypnotherapy, only to find himself in a perpetual state of devil-may-care bliss that prompts him to start living by his own rules, and hatch a hapless attempt to embezzle money from his soul-killing employers. The cast also includes Jennifer Aniston, Stephen Root, Gary Cole, and John C. McGinley.

When veteran anchorman Howard Beale (Peter Finch) is forced to retire his 25-year post because of his age, he announces to viewers that he will kill himself during his farewell broadcast. Network executives (Faye Dunaway, William Holden, Robert Duvall, and Ned Beatty) rethink their decision when his fanatical tirade results in a spike in ratings.

Frank Hart (Dabney Coleman) is a pig. He takes advantage in the grossest manner of the women who work with him. When his three assistants (Jane Fonda, Lily Tomlin, and Dolly Parton) manage to trap him in his own house they assume control of his department and productivity leaps, but just how long can they keep Hart tied up?