Daniel Radcliffe is now 26-years-old, and he's been on countless daytime and late-night talk shows. But back when he was 10 or 11, just starting out after being cast as Harry Potter, he went to New York for the first time for his very first talk show appearance. It was for "TODAY," and Donald Trump was a fellow guest.

DanRad was recently on "Late Night with Seth Meyers" and told the story of meeting Trump backstage before his appearance. Dan said he had some idea of who Trump was, but he was a young British kid, so he wasn't really familiar. But he told Trump he was very nervous and didn't quite know what he was going to tell the "TODAY" show hosts during his chat.

So here's the advice Trump gave him: "You just tell them you met Mr. Trump."

The audience laughed, and Dan referenced another guest who was about to be on Seth's show that night. "I was just like, to this day I can't even relate to that level of confidence. Imagine if I said to Billy [Eichner], 'Oh, just talk about me when you do your interview! I am enough to be everyone's story.'"

Of course Seth loved it, since Seth banned Donald Trump from every appearing on "Late Night," even though (as Seth acknowledged) Trump has never asked to be on the show and probably would never bother. It's still funny.

Check out that conversation, and more from DanRad: 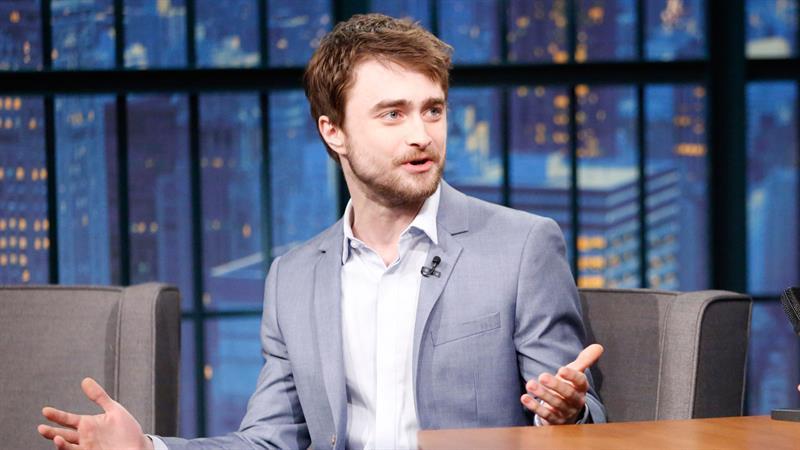 You can also watch Radcliffe talk about his first prosthetic butt, for his role in the movie "Swiss Army Man."