Krysten Ritter might also be back as Jessica Jones for the new series starring Alaqua Cox as deaf gangster Maya Lopez. 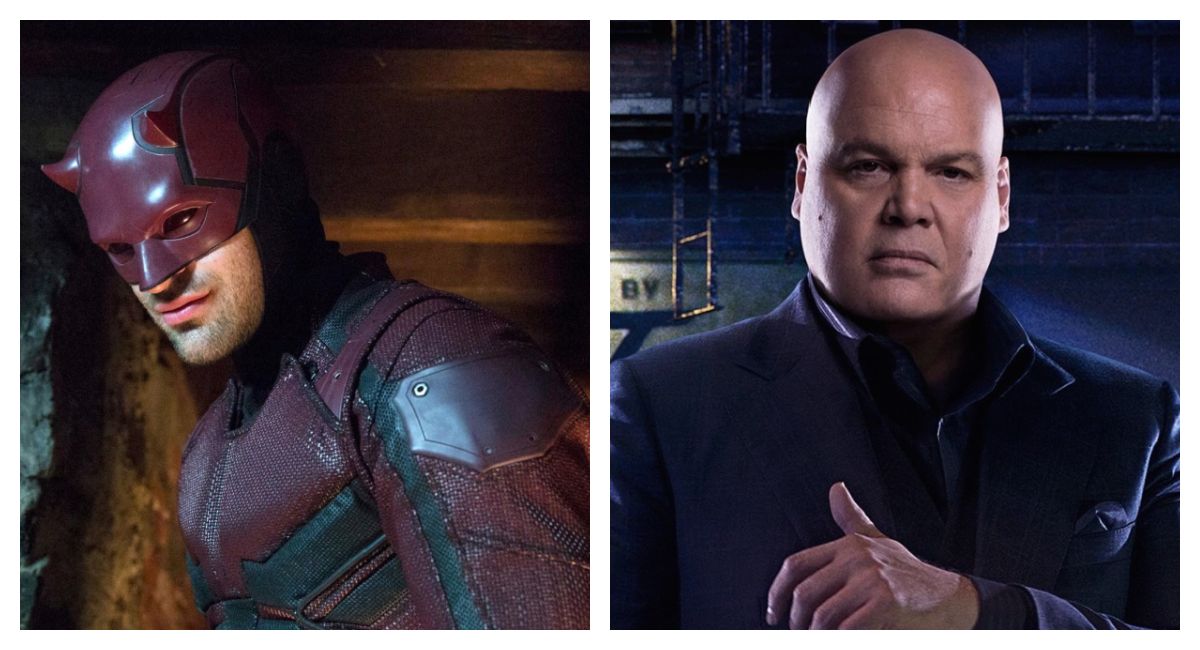 (L to R) Charlie Cox as Daredevil and Vincent D'Onofrio as Kingpin on Netflix/Marvel's 'Daredevil.'

The link between the defunct Netflix Marvel TV series and the current MCU is growing even closer. Charlie Cox and Vincent D’Onofrio, who have both returned as their ‘Daredevil’ characters in Marvel Studios productions, are now reuniting for ‘Echo’, the spin-off from ‘Hawkeye’ that stars Alaqua Cox as Maya Lopez, according to The Weekly Planet podcast.

Cox played Matt Murdock, the blind lawyer who boasts echo-location abilities and dons a costume to fight crime as the vigilante known as Daredevil in three seasons of the show named for the character, plus crossover miniseries ‘The Defenders’. D’Onofrio, meanwhile, was hulking villain Wilson Fisk, AKA The Kingpin, Daredevil’s arch enemy, in the first and third seasons of the show. ‘Daredevil’, along with other Netflix shows, was added to Disney+ this year.

D'Onofrio showed up as one of the antagonists in ‘Hawkeye’, and clashed with Lopez, so it makes sense for him to be back in ‘Echo’, especially as their confrontation ended in a cliffhanger.

As for Cox, he appeared in a cameo as Murdock in ‘Spider-Man: No Way Home’, and a new ‘Daredevil’ series is in development for Disney+.

‘Echo’ will explore more of Maya Lopez’s life as her time in New York as a gang leader catches up to her. She returns to her hometown and looks to reconnect with her Native American roots. But of course, it won’t be as easy as that.

Zahn McClarnon will once again play her uncle, William Lopez (though in flashback, since Kingpin murdered him before the events of ‘Hawkeye’) while Chaske Spencer, Tantoo Cardinal, Devery Jacobs and Cody Lightning and Graham Greene are all part of the cast.

Marion Dayre is head writer on the show, while Sydney Freeland and Catriona McKenzie are directing the series, which is filming now and expected to arrive on Disney+ next year.

Marvel has naturally yet to officially comment on the return of Cox and D’Onofrio, but according to The Weekly Planet, part of Murdock’s story on ‘Echo’ will have him seeking out “a former ally” which is speculated to be fellow Marvel/Netflix veteran Jessica Jones, played by Krysten Ritter.

The super-powered private detective appeared in three seasons of her own show, along with ‘The Defenders’, and was one of the most popular characters from the Netflix run. If she does indeed return, the only characters left to bring over (or turn into MCU versions) would be Luke Cage and The Punisher.

Oh, and Iron Fist. But does anyone really want to see him back? We’d happily see Coleen Wing (Jessica Henwick) from that show return, though.

Regardless, it’s exciting to speculate on whether the entire Netflix superhero team could one day reunite on Disney+.