Hilary Duff and Cast Talk ‘How I Met Your Father’

Moviefone sits down with Hilary Duff, Chris Lowell, Tien Tran, and the cast of ‘How I Met Your Father’ to discuss their new Hulu series. 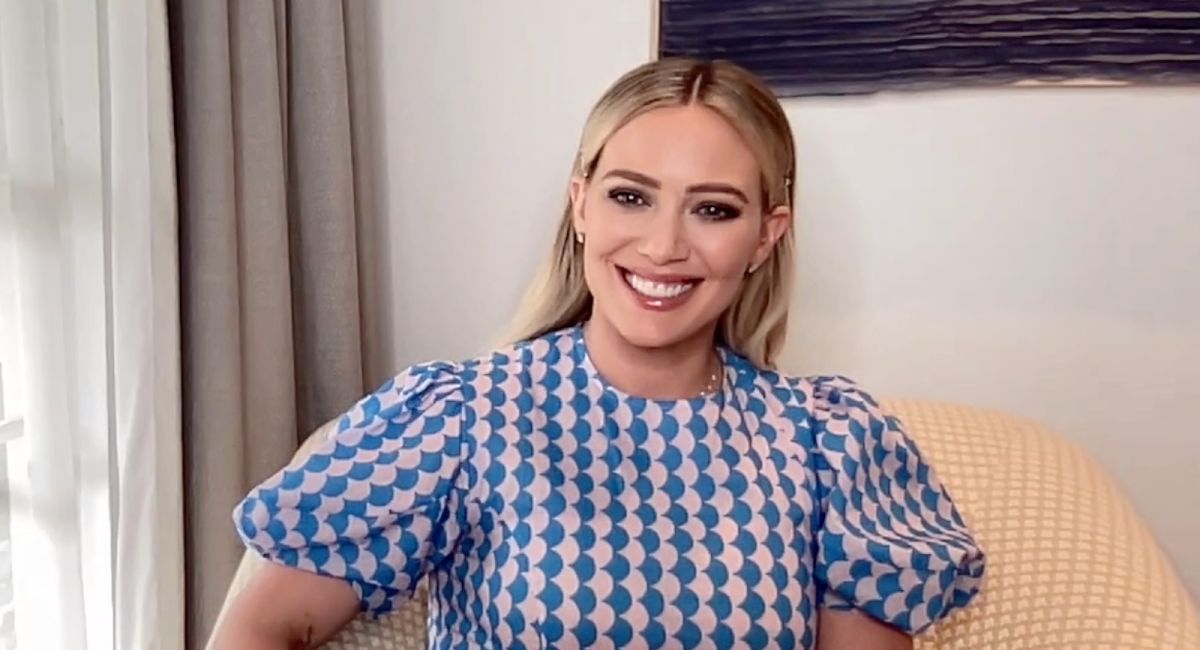 Hilary Duff promoting Hulu's 'How I Met Your Father'

Premiering on Hulu January 18th is the new comedy ‘How I Met Your Father,’ which is a standalone sequel to the extremely popular ‘How I Met Your Mother.” The series stars Hilary Duff (‘Cheaper by the Dozen 2’) as Sophie, and Kim Cattrall (‘Sex and the City’) as future Sophie, as well as Chris Lowell, Francia Raisa, Tom Ainsley, Tien Tran, Suraj Sharma, and Josh Peck.

Moviefone recently had a chance to speak with the cast of ‘How I Met Your Father’ including Hilary Duff, Chris Lowell, Tien Tran, Francia Raisa, Tom Ainsley, and Suraj Sharma, as well as executive producers Elizabeth Berger and Isaac Aptaker.

Below, you can read our full interview with Hilary Duff, Chris Lowell, and Tien Tran, or you can watch all of our 'How I Met Your Father' interviews in the video player above.

Moviefone: Hilary, I'm sure you were aware of, and maybe even a fan of ‘How I Met Your Mother.’ So, what was your initial reaction when you received the script before you even started reading it?

Hilary Duff: I think I was a little apprehensive just hearing the title, and then of hearing that Isaac and Elizabeth wanted to talk to me on the phone and doing my research on them, I was like, "Oh. Oh yeah, yeah. No, I'm interested." And then I read the script and that was that. It needed a little bit of work because it was about four or five years old, so was just a little dated in jokes and stuff.

But the characters. I mean, I fell in love with Sophie. I knew that I could play that role and I knew what I could bring to the table. Honestly, Isaac and Elizabeth could sell me anything. So, it was kind of just one of those moments where you know that yes is the right answer. It was really forced that this is not a reboot. We're not trying to remake a show. We're borrowing a concept and we're creating all new characters and that's that. So, it was a yes from day one. I was thrilled. I can't believe someone wanted to hire me when I was nine and a half months pregnant.

MF: Mentioning that, you aren't in the same time of your life as your character Sophie is. How did you build her? And when you step onto that stage, who is she to you?

HD: You know what? I was single for a long time. No, we've had totally different adulthoods, but I was single. I just, I was single with a child. So, kind of a little bit more to navigate there. But I feel like I know her, and she is open and willing. She just believes what she believes, and she knows there's that person out there for her. And she's kind and warm, and she will do anything for a friend. She is a nurturer to the max. I think a lot of those things are me. So, I got the character right away.

But I think what really drew me in was the friend circle and the relationships there, and knowing that I was going to have this amazing cast come in. And that's where the real story is. All of the hope that those relationships bring to one another.

MF: Chris, when you built your character and when you step onto that stage, who is Jesse to you?

Chris Lowell: I think there's definitely some similarities between the two of us. I think what I like about Jesse is that even though he has this kind of cynical dry exterior, I think that it's pretty thinly veiled, and underneath that is someone who is very idealistic and hopeful. I love allowing these characters to pull out of him the more youthful, more hopeful, more exuberant self. It's a fun dynamic to play on set, to try not to laugh and then let these people make me laugh. You know what I mean? That's a really fun way to come to work every day. So, in that way, I think that Jesse and I have a lot in common and I love playing him.

MF: Tien, same question for you. When you built your character and when you step onto that stage, who is Ellen to you?

Tien Tran: I will quickly say that I love playing Ellen, and we have a lot of similarities in that she's very excitable and she is excited to just take on any new challenge. As you know, she's recently divorced and ready to get out there and start dating again. So, I think she has this hope and kind of optimism. She set the bar kind of low. She just wants to go on a date with a woman. So, we'll see how that ends up for her. I think it's so great that she is coming from a small town, but she's very worldly in that she's confident, and she says what she thinks, and if her friends take it, then they accept it. But if not, she's cool with them just being weirded out by her too.

Hulu's 'How I Met Your Father'

Tyra Banks Names 'Perfect' Co-Star for 'Life-Size 2,' But It's Not Lindsay Lohan