Moviefone speaks with Boyega and Beharie about 'Breaking.' "I liked that this wasn't a typical thriller, this was actually a character study," Boyega said.

Opening in theaters on August 26th is the new drama ‘Breaking,’ which was written and directed by Abi Damaris Corbin.

Based on a true story, the movie centers on Lance Corporal Brian Brown-Easley (John Boyega), a former Marine Corps veteran in financial trouble.
After not receiving several of his benefit checks from the VA, and with no one listening to his complaints, Brian takes two hostages (Nicole Beharie and Selenis Leyva) at a local bank, hoping to gain attention from the media.

With a police Major (Jeffrey Donovan) itching to take him out, Brian deals with a sympathetic police negotiator (Michael K. Williams), and a local reporter (Connie Britton) willing to listen to his story.

Moviefone recently had the pleasure of speaking with John Boyega and Nicole Beharie about their work on ‘Breaking,’ the true story it is based on, their characters, the mood on set, and working with writer/director Abi Damaris Corbin. 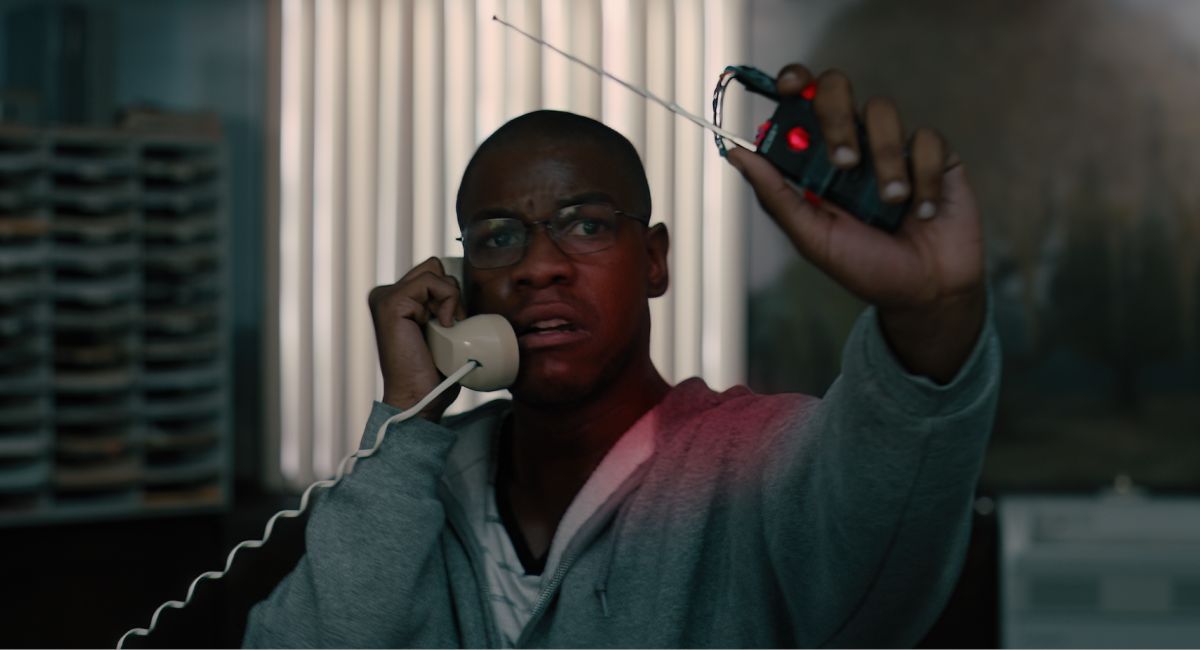 You can read the full interview below or click on the video player above to watch our interviews with Boyega, Beharie, and writer/director Abi Damaris Corbin.

Moviefone: To begin with, John, can you talk about your first reaction to hearing Brian's story, reading the screenplay, and your approach to playing this character?

John Boyega: My first reaction, I was quite surprised. I hadn't heard of the story. It was shocking that this happened in Atlanta, in a major city, and at the same time that I hadn't heard about it. But then going into the screenplay, going into script, I liked how detailed it was. I liked that this wasn't just a typical thriller. I like that this was actually a character study.

Also, at the same time, a moment to go back into the life of a vet, a perspective that personally, from my background, I didn't necessarily have family members that have gone and done that. So, for me, it was an education and then excitement, because we have a lot of dramatic moments.

I heard that Michael Kenneth Williams might be a part of it, and Nicole and Selenis. The combination of all those things was like, "Okay, cool. This is a project I would love to do if I get the opportunity."

MF: Nicole, can you talk about how Estel handles the situation she finds herself in and the sympathy that she ends up having for Brian?

But I felt like this woman's heroism came from her training, and also this man, seeing something that she identified from other people that she knew, and wanting to protect him as best she could. I think that was a big part of it for me.

MF: Nicole, your scenes are incredibly intense, can you talk about how you prepared emotionally day-to-day to be a hostage?

NB: Do you know what's funny is my scenes are only intense because John came in with all the intensity. He provided the fire for us to be like, "We have to take this fire out." So, I have to give that to my fellow cast in creating this world, keeping it alive so that we can be reacting and working off of the nuances, the little changes.

I think that's really what it's about and so exciting when it works that way, and that's exactly what happened. So, for me, I didn't have to do a whole lot of work because everyone brought it. We were just there, keeping it alive.

MF: Can you both talk about what the movie says about the way we treat our veterans in this country?

JB: For me, it's the loneliness that was so interesting. We have a lot of these people in our society who walk amongst us, but don't have their perspective and their point of view heard. I think for me that can be so frustrating to go to several different avenues, the official avenues that comes with the veteran’s affairs, but also going to try and talk to family. Trying to get some form of empathy can be quite hard because a lot of people just don't have that perspective.

But then you do the full circle, when you think about it, you're like, "Oh, well that's the illusion." Right? As civilians who are protected, we're the babies in the bubble that the governments say, "Don't tell them anything, they might freak out." So, to have this perspective, especially when vets come back home and they're trying to integrate back into society, to see their complications and their struggles is something that we can all learn from, for real.

NB: Another reason I was drawn to this movie was because I have quite a few family members who've served in the military in different aspects. I, in particular, had one uncle who came back different and this speaks to everything in that. I feel like personally, as a civilian, as John said, I wasn't able to be there in the way that Estel is. So, it's like I vicariously get to have this other experience. I just wanted to add that, because it's a big part of the pull for me.

Finally, Nicole, what was your experience like working with writer and director Abi Damaris Corbin?

NB: Abi was amazing. She also has a personal connection, having veterans in her family and she really cares about all the details in this story. I think also what's really interesting is its Brian's story, but there are all these different other characters that pop in here and there and they still feel very fleshed out.

It feels like that dance that they have between corporate and what they're told to do with bureaucracy, whether it's at the VA, the detective or the news anchor, they all are dancing this line between institution and humanity, and what they want to do. I just think it's really powerful the way that she executed that.

Angela Bassett Sad to Be Left Out of 'AHS: Apocalypse': 'Where's Marie Laveau?'