Todd McFarlane, who has been shepherding the movie, is handing over script duties and may no longer direct. 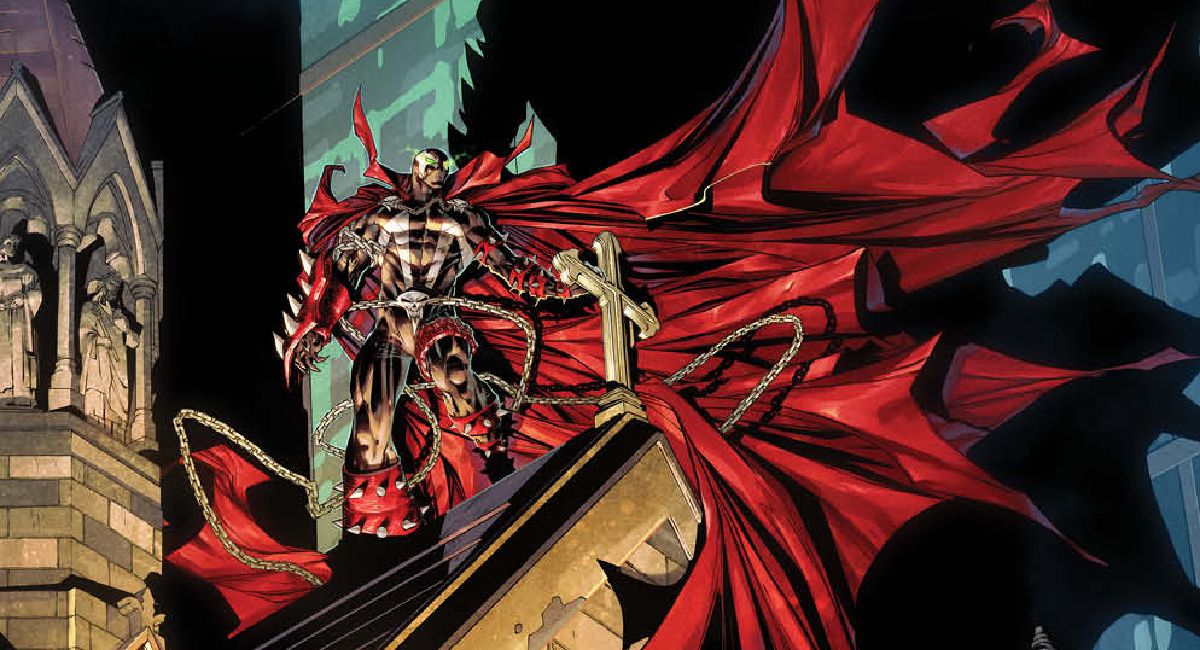 The development process for the new movie based on Todd McFarlane’s Spawn character has been pretty hellish so far.

Created in 1992 for Image Comics, the character is a former black-ops agent who makes a deal with a demon after being betrayed and killed. The demon allows him to return to Earth, but when he returns, five years have passed, his wife has moved on, and he roams Earth as a disfigured spawn of hell.

Spawn – AKA Al Simmons – has been the subject of a successful animated series and a movie in 1997 that didn’t score with critics or audiences and barely made its money back.

At the San Diego Comic-Con in 2017, McFarlane confirmed that he’d partnered with the Blumhouse team to make an R-rated new movie adaptation.

Yet ever since then, it has been a stream of announcements countered with delays, one-step-forward-two-steps-back momentum and no sign of bigger studio backing.

Jamie Foxx and Jeremy Renner were cast in the lead role of Al Simmons and Twitch Williams, but elsewhere there was talk of endless script re-writes and McFarlane getting frustrated with the process.

Now, in news from The Hollywood Reporter, the script is being handed over to a new group. ‘Joker’s co-writer Scott Silver, ‘The Falcon and the Winter Soldier’s Malcolm Spellman and rising writer Matt Mixon are going to share the job of cranking out fresh drafts.

And according to McFarlane – who for a long time has been saying that he’ll direct – is appearing ready to step back and let others take over for that gig as well. “If we’ve got an A-list actor, A-list producers, A-list writers, then do you want to shoot for A-list directors, A-list cinematographers?” McFarlane says. “The answer is, ‘of course.’ Let’s keep the momentum going.”

For Spellman, at least, this is a dream job. “I grew up in Berkeley, which is a comic book city. Todd McFarlane’s ‘Spawn’ character was always one of my favorites — a Black superhero that was no bullshit, he was cool and dealt with modern issues,” he says in a statement. “Myself, Matt Mixon, and Scott Silver are pledged to honoring what Todd started and what ‘Spawn’ is at its core, delivering something that’s relevant and edgy and unlike any other superhero movie out there.”

Apparently, McFarlane was surprised he managed to secure Silver and everyone else. “It was a complete hail Mary,” he admits. Sometimes timing is everything.”

And he appears hopeful that, while he’d been looking at having to shoot this thing for lower budget, the addition of well-known writers might help any potential studio open its wallet and offer a bigger fund to draw from.

Right now, Foxx (who has been a vocal supporter of the new movie) remains attached to star, but Renner’s status is a little less clear. It’s a waiting game as to whether this latest step helps get the new film made at last.