Moviefone speaks with Josh Duhamel and Elisha Cuthbert about ‘Bandit.’ "It was one of the most fun times I've ever had making a movie," Duhamel said.

Opening in theaters and on demand beginning September 23rd is the new crime movie ‘Bandit,’ which was directed by Allan Ungar (‘Gridlocked’) and is based on a true story.

The new movie is based on the true-life story of Gilbert Galvan Jr., also known as "The Flying Bandit," who robbed 59 banks and jewelry stores in Canada while being chased by a police task force.

Moviefone recently had the pleasure of speaking with Josh Duhamel and Elisha Cuthbert about their work on ‘Bandit,’ the true story it is based on, their characters, director Allan Ungar’s vision for the project, and working with the legendary Mel Gibson. 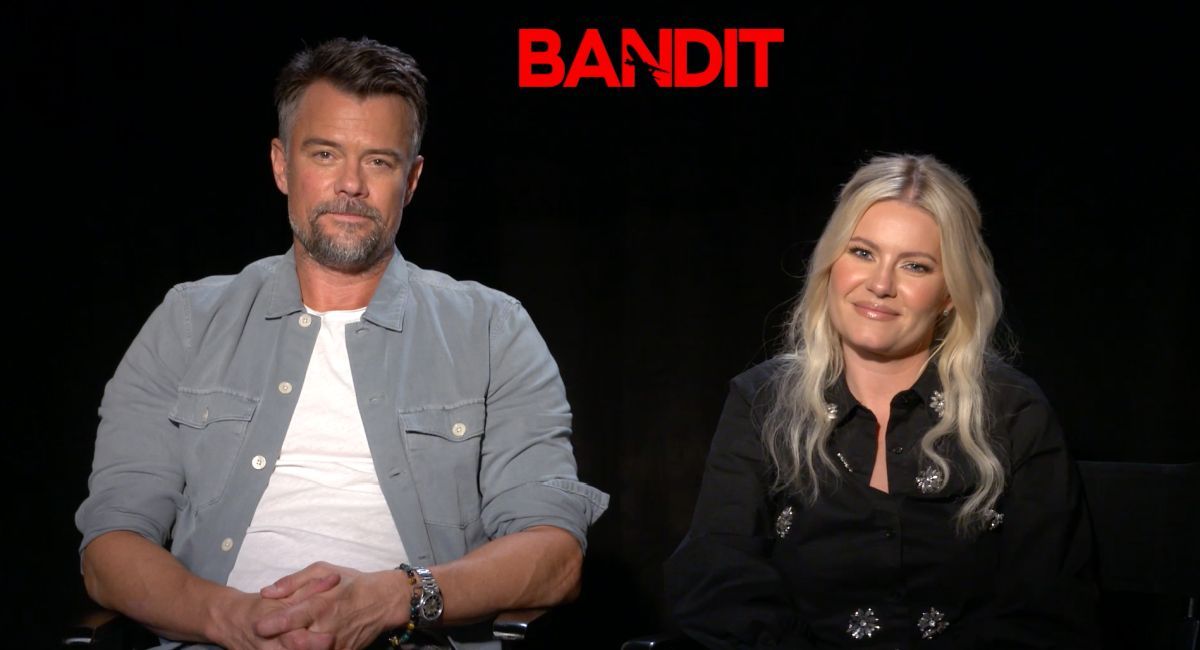 You can read our interview with Josh Duhamel and Elisha Cuthbert below or click on the video player above to watch our interviews with Duhamel, Cuthbert, Nestor Carbonell, and director Allan Ungar.

Moviefone: To begin with, Josh, how familiar were you with the true story the movie is based on, and what were some of the aspects of the character that you were excited to explore with this project?

Josh Duhamel: Well, of course I read the book and got to know Gilbert a little bit before we started. I was really mostly curious about picking his brain about how emotionally, what he went through from the first time he did it and what made him want to keep doing it. I think it became as much about the adrenaline as it was about the money. There was that thrill in each one of these heists that he found and creating these characters and staking the place out.

So, all that stuff to me was what really made me want to do it and get inside of his head. It's like, "Why did you do it in the first place? What made you keep wanting to do it? And why couldn't you stop?" It became almost like an addiction, I think, in some ways. But it was one of the most fun times I think I've ever had making a movie because Alan Ungar and Elisha are a blast to work with. We just let it rip. We had fun and whatever happened, happened. I tried to bring out the spirit of Gilbert as much as I could because the guy is a gambler, a hundred percent.

MF: Elisha, what does Andrea initially see in Gilbert/Robert, and how does she feel when she realizes that she has been living a lie?

Elisha Cuthbert: I think Gilbert was extremely charming in a lot of ways, probably. Unfortunately, I didn't get to have conversations with his actual wife and a lot of what I had to go off of was through Gilbert's interpretation of who she was and how that relationship transpired. So, for me, I just feel like I would imagine that he was very charismatic, exciting and interesting, and they found each other at that sort of perfect time.

Then obviously when things shift, without giving away too much, I think it really turns everything upside down. There’re children involved, and it gets messy. But I think at some point she wants to just go along with it. She's probably so in love that she doesn't want to see anything end, but at the same time, the reality of it is they're in deep and he's doing a lot of crazy things. So, it's kind of fun to watch her journey through that too. The discovery of all of it and how she reacts. But all of my performance came out of Gilbert's book and interviews and is really his point of view.

MF: Josh, can you talk about Gilbert’s relationship with Tommy, why Gilbert decide to protect him, and what it was like for you acting opposite Mel Gibson?

JD: I think first of all, he wanted to protect Tommy because this is a guy that never really had a strong family household. Tommy started to feel like family to him. He held onto that stuff really tightly. Part of the reason why he did all this was because he so desperately wanted that family life that he never got as a kid and he wanted to create that. So, the only way to support that in his mind was by this continuous cycle of robbing these banks. It's almost like he couldn't find a way out of it.

As far as working with Mel, I loved working with him. He's always been one of my favorites and a guy that I've always watched and admired, especially directorially. He is amazing actor too, but the stuff he's done, to see these giant movies that this guy's directed blew me away. I picked his brain a lot about that.

MF: Finally, Elisha, what was your experience like working with Josh and watching him play this outrageous character?

EC: Josh was so much fun. Reading the script originally, I was really focused on Andrea obviously, so I didn’t realize what Josh was going to do with his role. But when we got to set, to see Josh put these different prosthetics on and really go for it, I mean it was laugh out loud, funny stuff. It was like he brought it to life in such a way that I was just in awe watching. It was so much fun, and it was hot. We were in Georgia, it was June, and it was really toasty.

JD: But we had to make it look like it was November in Ottawa.

EC: Right. But it was a great time. It was a lot of fun working with Josh. A lot of fun.