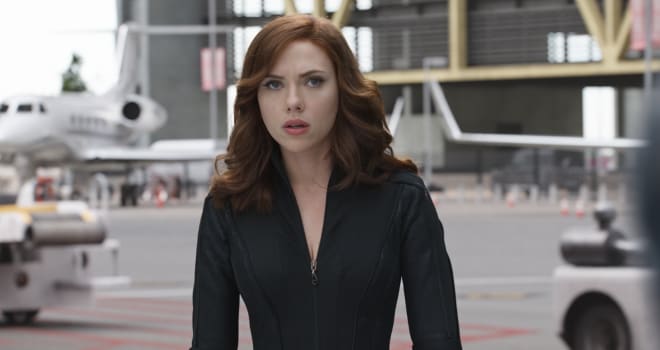 Joss Whedon made his mark on the Marvel Cinematic Universe with "The Avengers" and "Avengers: Age of Ultron" before walking away from the franchise, though according to the director, he could be persuaded to return to the superhero realm with the right subject.

That's what Whedon told IGN during an interview at Comic-Con last week, when he named none other than Scarlett Johansson's Black Widow as his dream movie subject.

"If someone pointed at me and said, 'Do you want to do a Black Widow movie?', the answer would be 'Duh!'" Whedon told the site.

That's a bit of a turnaround from the man who parted ways with the MCU after the burnout of shooting the "Avengers" flicks took its toll. But Whedon has famously been interested in telling female-centric stories ("Buffy the Vampire Slayer," anyone?), so this seems like a natural fit. And his existing relationship with Johansson -- and her onscreen alter ego -- certainly doesn't hurt, either.

The director already has a pretty specific vision for the flick, too, should it ever come to fruition.

"I think that character really is very interesting and very earthbound, so it's the kind of action that I got to do less of with somebody like Thor or The Vision," Whedon told IGN of the "gritty" Black Widow. " ... [You can] really do a spy thriller [with her character]. Like really do a good, paranoid, 'John le Carré on crack' sort of thing. That would be really fun."