Moviefone speaks with Lily Brooks O'Briant about ‘Life by Ella.’ “I think that it's important to share what these kids go through,” the actress said.

The series follows Ella (O'Briant) as she returns to school with a brand-new perspective, excitement for what the future holds, and a major "seize the day" mentality following her stint with cancer.

Moviefone recently had the pleasure of speaking with Lily Brooks O'Briant about her work on ‘Life by Ella.’ 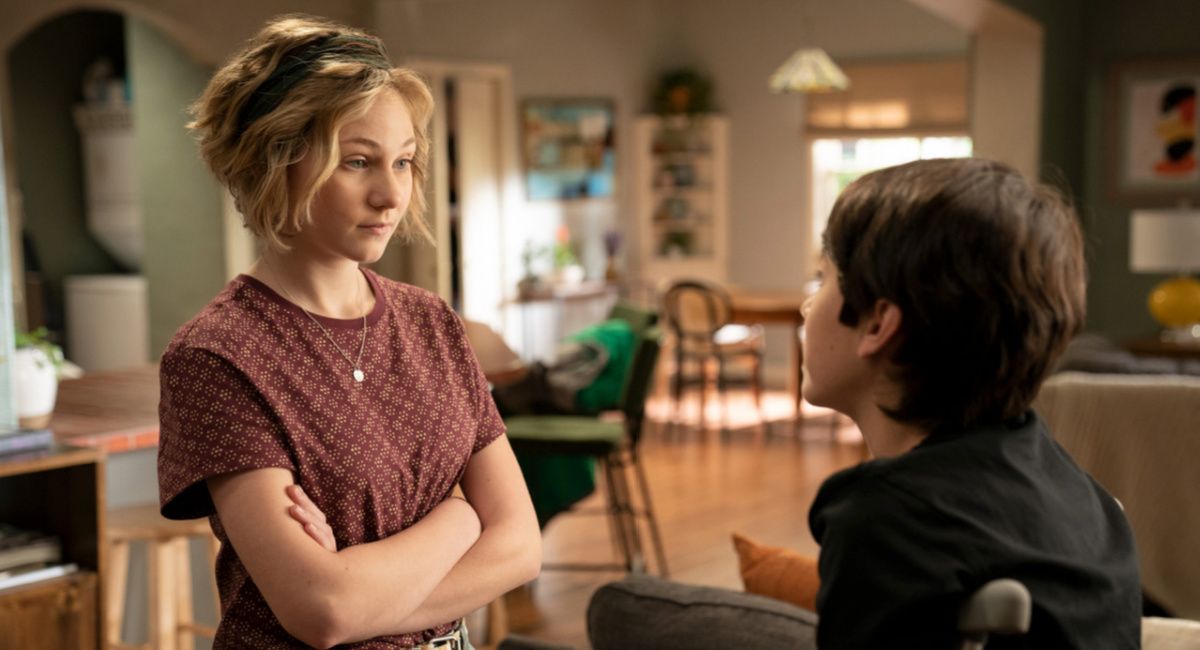 Moviefone: To begin with, what was your first reaction after reading the screenplay?

Lily Brooks O'Briant: I absolutely loved this story. From the moment that I got the script and the audition sides, I immediately knew that this was such an important story to tell, and that I really wanted to tell this story. I think that it's so important to share what these kids go through on a daily basis, and also share their experience coming out of treatment for cancer. I'm a youth ambassador for St. Jude Children's Research Hospital, and I have been since I was really little.

I grew up in Memphis, Tennessee, and I had a few friends that were treated at St. Jude for childhood cancer. I just know how important this story is to tell, because I've seen firsthand what these kids go through, their experience and what it's like. So, I definitely know that it's so important to tell this story and to tell it accurately. I'm really grateful that I had the opportunity to do that.

MF: Can you talk about the research you did for this role?

LBO: So, I had the honor of speaking with a few of my childhood friends. I had my friend Lucy, and my friend Ingram. I had the amazing honor of talking with them about their experience with childhood cancer and being able to take their experiences and put pieces of them into my character as to accurately represent what these kids go through. I knew that it was so important, so I'm really grateful that I was able to talk with them.

Also, we had an amazing writer on our show who is a teen cancer survivor, and I was able to talk with him a little bit and hear about his experiences. Also, he shared with me his documentary, where he went to all 50 states and talked to teen cancer survivors from each one. It was so incredible to hear each child and teen's experience with going through treatment and also getting back to life after treatment and what that was like. All of these people that I talked to and the documentary that I watched, it was so important for me to hear those stories because I was able to take those true experiences and put them into my character.

MF: Was it difficult to put yourself into Ella’s headspace after treatment?

LBO: It was definitely tough at times to put myself into these shoes and into this story, but I had some amazing actors and an amazing team of directors and producers and writers. Just everyone was there for me at all times. Especially the actors, we were always supporting each other, bouncing off of each other and just giving each other as much energy as we possibly could.

If one of us was having a bad day, we're always there to support each other. That is incredibly helpful in these types of stories, because sometimes it can be a lot of pressure on yourself and it's a lot of pressure to take on this story. So, having actors that support you is just amazing.

MF: Can you talk about the relationship between Ella and her father?

LBO: Kevin Rahm, who plays my dad, is just the most amazing actor and was really there for me a lot of the times because he's had a lot more experience as an actor than I have, because I'm only 16. So, just learning from him was so amazing. Seeing him work and just watching him take on the character of Carl, who is Ella's dad, was just so amazing.

I definitely think his character is very overbearing, but it comes from a place of fear of what could happen if Ella doesn't stay healthy, and a fear of going back to that place that they were at when Ella was going through treatment. How hard that was for him, how hard that was for her brother Grady (Aidan Wallace), and her mom (Mary Faber).

MF: Can you also talk about Ella’s relationship to Kai and working with Artyon Celestine?

Ella definitely breaks him out of his shell a little bit and kind of just teaches him that she has this perspective on life. This “seize the day” mentality. She's going to live life to the fullest, no matter what. Because going through cancer, she realized that you really only have one chance to live life. Ella's been given this second chance that not everyone gets, so she's not going to let anything get in her way of living her life to the fullest and being who she wants to be and doing what she wants to do.

So, throughout the season, we go on this journey with her and Kai of her showing and teaching Kai about this mentality that she has, and how Kai shouldn't be afraid of anything. So, she drags him along on some pretty fun and spontaneous adventures. Those were so fun to film.

MF: Finally, can you talk about how Ella’s attitude has changed because of her health issues once she returns to school?

LBO: I love that about Ella, because I feel like a lot of teenagers can learn from her outlook on life. This just, "I'm going to be who I'm going to be, and people are going to accept it or they're not, and it doesn't matter." I think so many teenagers can learn from that perspective that Ella has, because a lot of the times we can go to school, or we can go hang out with our friends, and we're like, "Oh, what do they think of me? Am I wearing the right outfit? Am I fitting in?" I feel like a lot of the times we just forget to be our true, authentic selves. Ella really shows us that no matter what happens, no matter what you're going through in your life, the most important thing is to be yourself, no matter what.

Because Ella before cancer, she used to be more of a follower than she was a leader, and she kind of just wanted people to like her. She wanted to fit in. She didn't want to upset anyone. She just wanted to blend in with everyone. She wanted to be popular. But after going through cancer, she realized that you just have to be yourself, because you can't go through life not being your true self. It's just not what you should be doing. She realized that going through cancer, and after treatment she just was like, "You know what? I'm going to be my true authentic self, no matter what. If people don't like it, then that's their problem." I think a lot of people can learn from that.