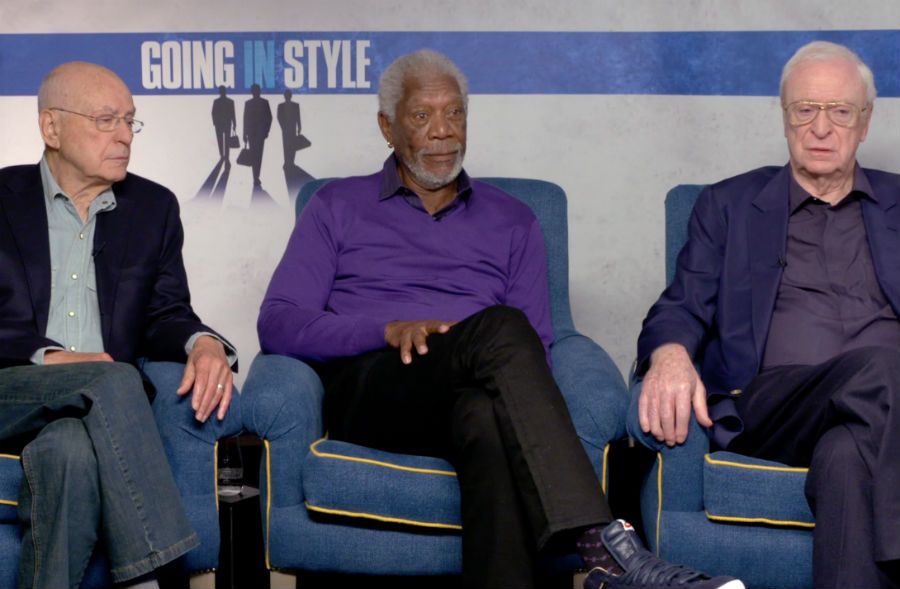 Sure, they bicker sometimes, but there's something all three of these Hollywood legends could agree on: why they wanted to work together on "Going in Style."

"Are you kidding?" said Morgan Freeman.

"Blimey!" added Michael Caine, pointing to Freeman and Alan Arkin. "They're too of the finest actors you could find."

This remake of the 1979 film starring George Burns, Art Carney and Lee Strasberg teams Arkin, Freeman and Caine as three seniors who decide to rob a bank after losing their pensions to corporate restructuring.

And while these actors can -- and have -- done almost everything on screen over their illustrious careers, they admitted they have their limitations.

"Do you think you could actually rob a bank?" asked Made in Hollywood reporter Patrick Stinson.

"Not a chance in hell," said Arkin.

"I would be terrified of going to prison," said Caine.

Summed up Freeman: "So the answer, collectively, is no."

'Going in Style' Trailer: It's the Grandfather of All Heists