The Oscar-nominated actress joins experienced hiker Pam Bales to talk about their new movie, which is based on Bales’ harrowing true story. 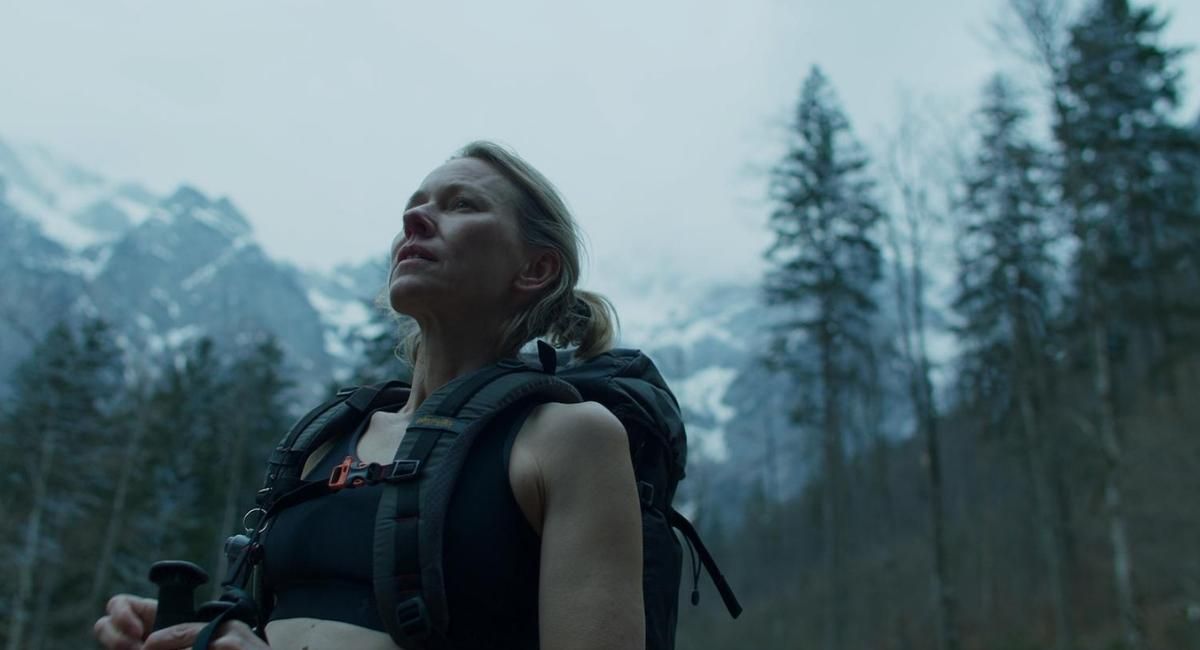 Opening in theaters on March 25th is the new movie 'Infinite Storm,' which was directed by Malgorzata Szumowska (‘Mug’) and is based on a true story.

Oscar-nominated actress Naomi Watts (‘Birdman,’ ‘King Kong’) plays real-life experienced hiker Pam Bales, who risked her own life to save a stranger stranded on a New Hampshire mountain during a blizzard.

Moviefone recently had the pleasure of speaking with Naomi Watts and real-life subject Pam Bales about their work on ‘Infinite Storm.’

You can read a full transcript of the interview below or watch a video  of our interviews with Watts, Bales, and director Malgorzata Szumowska in the player above.

Moviefone: To begin with Naomi, what was your first reaction when you heard of Pam’s amazing story? Why as a producer did you want to make this movie, and why as an actress did you want to play this role?

Naomi Watts: I read the screenplay. I knew that Malgorzata was directing it, who was someone I knew from having done the Venice Film Festival Jury a couple years before. Then I read the wonderful article and then the last piece was listening to a recorded conversation between Josh Rollins, the screenwriter, and Pam. There's something in that and it really struck me just how incredible this human being was, and it really sparked my curiosity.

I wanted to know who she was, and I was pretty sure that other people would want to know too. I knew that as an actor, I was going to be facing some major challenges in the preparation. I did deep research, multiple conversations with Pam, trying to get closer to her story and physical prep, obviously. But I love the poetry in it, and not just the resilience. The takeaway from it of how gentle nature can be, how you can quiet the mind, and her reason for pounding those mountains day after day is something that we all need to remember.

We don't have to have mountains. It's just a walk in the park, the stillness by the ocean or by whatever you are close to. If there's just a way to connect and quiet the mind, because we do have our demons, we do have our troubles and loneliness, and there's something beautiful and poetic and spiritual about that. So, the combination of the two things was very much it for me.

MF: Pam, one of the themes I took away from the movie is that it is incredibly hard to save the life of someone who doesn’t want to live. Can you talk about those challenges and how you overcame them in your own life, as depicted in this film?

Pam Bales: It is tough to save somebody that it is rebutting you, but you just take charge like a bull and you do it with kindness. You have to do it with aggression. You got to find that mix that works for any scenario. Losing my girls was extremely traumatic and everybody has their own way to deal with losses. Reaching out should be one of them.

The message of my movie is that of mental health and suicide prevention awareness. So, that kindness either to yourself or to reach out to somebody, be it a friend, family, or for somebody else. It just may make their day. One person can make a difference.

MF: Pam, what was it like for you to have this movie made about your life, and to have an actress like Naomi Watts portray you in the film?

PB: Oh, I'm such a private, and a simple person. It's been hard to have this exposure, but it's an honor, again, to get those troubles from within and get them out. If anybody takes that away from the film, then it's worth all my embarrassment for the attention. But to have Naomi, what an honor. She just so nailed it. She was spot on. It was like me up there with her face.

MF: Finally Naomi, this was a very physical role for you to play. In many scenes, you are battling the forces of nature. What was shooting this movie like for you physically, and was it a difficult experience?

NW: It was a big one and certainly I had to prep for it. I consider myself a fairly agile, fit person. I don't mind a challenge, normally. I'm not big on extreme weather. In fact, there's not enough warming packs on the planet for me to feel comfortable with dedicating a lifetime to it. Just a portion of time was okay, but that was hard enough. I loved being able to know that my body could do certain things.

I also have back issues and so I was always constantly worried about uneven terrain and slipping. Sometimes we were walking through paths through waist deep snow, so there were some treacherous conditions. But I liked the challenge and I liked knowing that I was walking in Pam's shoes and telling this story that is a meaningful one that hopefully affects people. One person is just enough that they can alter their thinking if they're out there alone in the world having dark thoughts.