The Academy Award winning actress discusses reprising her role as Jane Foster and working with Chris Hemsworth and director Taika Waititi on the new Marvel movie.

‘Thor: Love and Thunder,’ opens in theaters on July 8th and is the fourth MCU movie starring the God of Thunder, following ‘Thor: Ragnarok.’

Directed by Taika Waititi, Chris Hemsworth reprises his role as Thor, with actress Natalie Portman returning to play Jane Foster after sitting out the last movie. This time Foster becomes The Mighty Thor, and must team with her ex-boyfriend to defeat Gorr the God Butcher (Christian Bale), who has vowed to kill all Gods.

In addition to Hemsworth, Portman, and Bale, the movie also stars Tessa Thompson as Valkyrie, Jamie Alexander as Sif,  Chris Pratt as Star-Lord, Russell Crowe as Zeus, and Waititi as Korg,

Moviefone and Made In Hollywood recently had the pleasure of sitting down and speaking with Natalie Portman in-person about her work on ‘Thor: Love and Thunder.’ 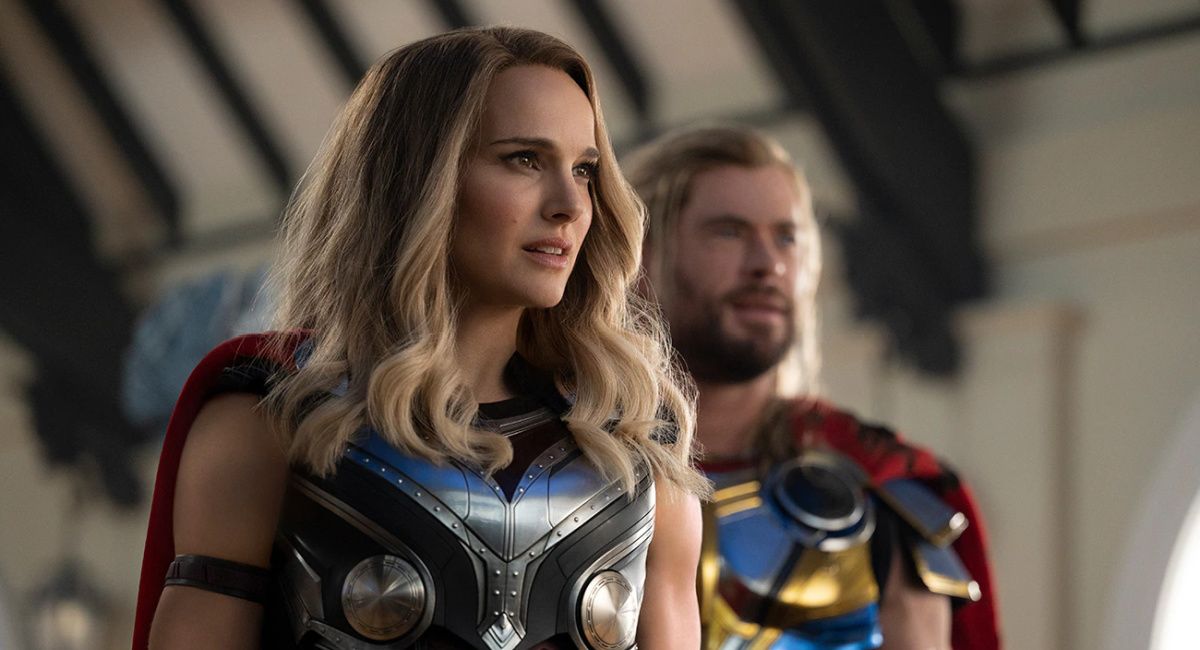 You can read the full interview with Natalie Portman below or click on the video player above to watch our interviews with Portman and Chris Hemsworth.

Natalie Portman: I'm just so excited for people to see it. I just feel like it's so entertaining. I think they'll get a lot of joy and heart from it.

MF: Can you talk about returning to this franchise, returning to the character of Jane Foster, and having the opportunity to hold the hammer and finally play a superhero yourself?

NP: It was such an incredible opportunity that Taika and Marvel invited me back in this way where Jane gets to become The Mighty Thor. I got to work with Chris again, and with Tessa again, even though we hadn't worked in the MCU together, but we had worked together on ‘Annihilation.’ It was just such a gift to get to come into this incredibly fun environment, and with people I felt so comfortable with.

MF: Had you followed this storyline in the comics? Were you aware that Jane Foster eventually becomes The Mighty Thor?

NP: I did. I think it was actually first mentioned to me by journalists when I was doing press for something around the time the comics first came out. So, I had heard about it, but it wasn't until Taika approached me. I mean, it was right before the pandemic I feel like that he kind of started talking to me about the possibility of doing it together.

MF: What was it like reuniting with Chris Hemsworth, and can you talk about the different dynamics between Jane and Thor this time around?

NP: Well, it was so fun to work with Chris again. I mean, first of all, he's just the best person, he's so nice, fun, hardworking and such a good actor. He’s so just wonderful, and it was also very moving. When we met, we had both just started dating our future spouses on the first one and now our kids are running around on the set playing together. So, that was so wild to kind of cut to 10 years later.

Similarly, in the film, I think our characters are kind of reuniting after all this time passed and seeing where the other is in their lives, and so much has changed for them. I mean, it's not similar places. We are in our lives as our characters are, but just the passage of time and how wild that is to have this relationship with someone that you've known for so long.

MF: Finally, what was your experience like working with director Taika Waititi on ‘Thor: Love and Thunder?’

NP: Taika is just so extraordinary, and singular as a director and as a person. I mean, he really insists on spontaneity all the time, which is so incredible to be challenged with as an actor to be like, oh, every time has to be completely different. I have to be completely open to anything that could happen and just flow with it. It was really wonderful.

Then he also kind of makes it his responsibility to have everyone have a great time every day. He's DJing, there's music, and he's on the mic making jokes. He's leading the crew in workouts every hour on the hour. So, it's the most fun set and it's just his generosity that he cares about everyone having a good time.

11 Times Thor Was Our Favorite Avenger