J.K. Simmons and Sissy Spacek Have a Sci-Fi Secret in the ‘Night Sky’ Trailer 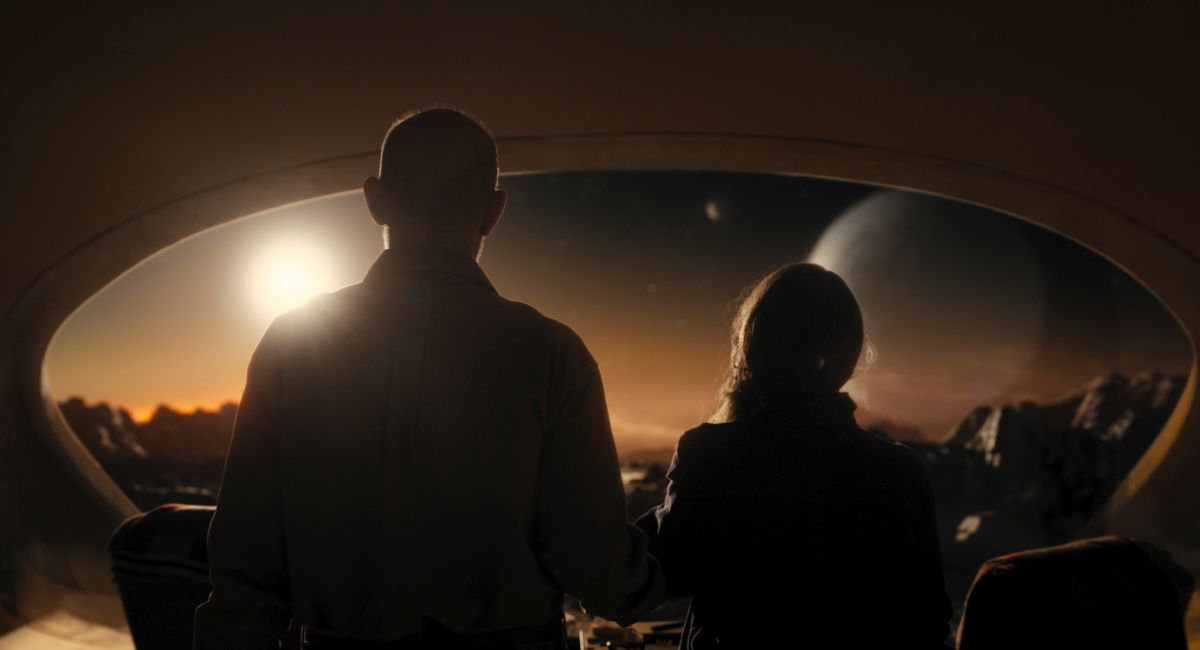 Mystery series featuring unusual chambers filled with secrets all must try and avoid falling into some of the ‘Lost’ traps (setting up a lot, but not providing enough answers), so new Prime Video series ‘Night Sky’ will be hoping to steer clear of the danger zones.

‘Night Sky’ follows Irene (Sissy Spacek) and Franklin York (J.K. Simmons), a couple who, years ago, discovered a chamber buried in their backyard which inexplicably leads to a strange, deserted planet. The older couple have been visiting the place ever since, trying to figure out what it all means. Why are they able to access it?

They’ve carefully guarded their secret ever since, but when an enigmatic young man enters their lives, the Yorks’ quiet existence is quickly upended...and the mystifying chamber they thought they knew so well turns out to be much more than they could ever have imagined.

It’s refreshing to see a genre series with the focus on older characters, and the show looks to explore life, the universe and everything through their lens, while also adding in some thriller elements as their secret is threatened.

Chai Hansen, Kiah McKirnan, Julieta Zylberberg, Rocío Hernández, and Adam Bartley are all also in the cast for this one.

The series comes from Amazon Studios and Legendary Television. It was created by Holden Miller, whose previous resume doesn’t scream “genre veteran”: he has mostly written for the late-night likes of Dennis Miller and Larry Wilmore. He’ll serve as an executive producer here, while Daniel C. Connolly, who has a little more experience on that front (he’s worked on series including ‘Into the Badlands’, ‘The Son’, and ‘Colony’), is showrunner.

On the directing front, the list is an eclectic mix of those who’ve worked in cinematic drama and comedy, including ‘American Splendor’s Shari Springer Berman and Robert Pulcini, ‘The Secret in Their Eyes’ Juan José Campanella, and Jessica Lowrey, who recently worked on episodes of ‘Perry Mason’ and ‘Halo’.

“I love all sci-fi, but it can be very self-serious and very ponderous sometimes,” showrunner/executive producer Connolly told Town & Country. “To present to an audience something that's a little bit more approachable and lived in was our guiding star as we went about creating the show."

“There's something fitting in this show about sort of experiencing something incredibly momentous, but from a place that feels like it's your own bedroom,” Miller adds. “It feels a little bit like what we've all been going through for the past couple years — what the uncanny mixing of those two things feels like. At the same time, while ‘Night Sky’ is incredibly emotionally serious, and it has a warmth and a humor and an escapist quality — reminding us of the possibility of adventure in life, and the profundities that we're constantly grappling with.”

‘Night Sky’ is taking the binge-watch route for its release, with Prime Video putting all eight episodes of Season 1 out on May 20th.