Moviefone speaks with Wilson and Scobell about their new movie. “The chance to play a superhero, who isn't going to be flattered by that,” Wilson said.

The movie stars ‘The Adam Project’s Walker Scobell as Charlie Kincaid, who has an estranged relationship with his father (Owen Wilson) due to his busy work schedule. While at his dad’s house, Charlie and his friends discover his dad’s secret headquarters and that he is really the superhero known as The Guard.

But, when an evil tech tycoon (Michael Pena) and his minions invade the secret lair to steal The Guard’s power source, Charlie and his friends will use his dad’s weapons to defend the secret headquarters.

Moviefone recently had the chance to speak with Owen Wilson and Walker Scobell about their work on ‘Secret Headquarters,’ their characters’ relationship, the original screenplay, and what it was like for Wilson to finally play a superhero on screen. 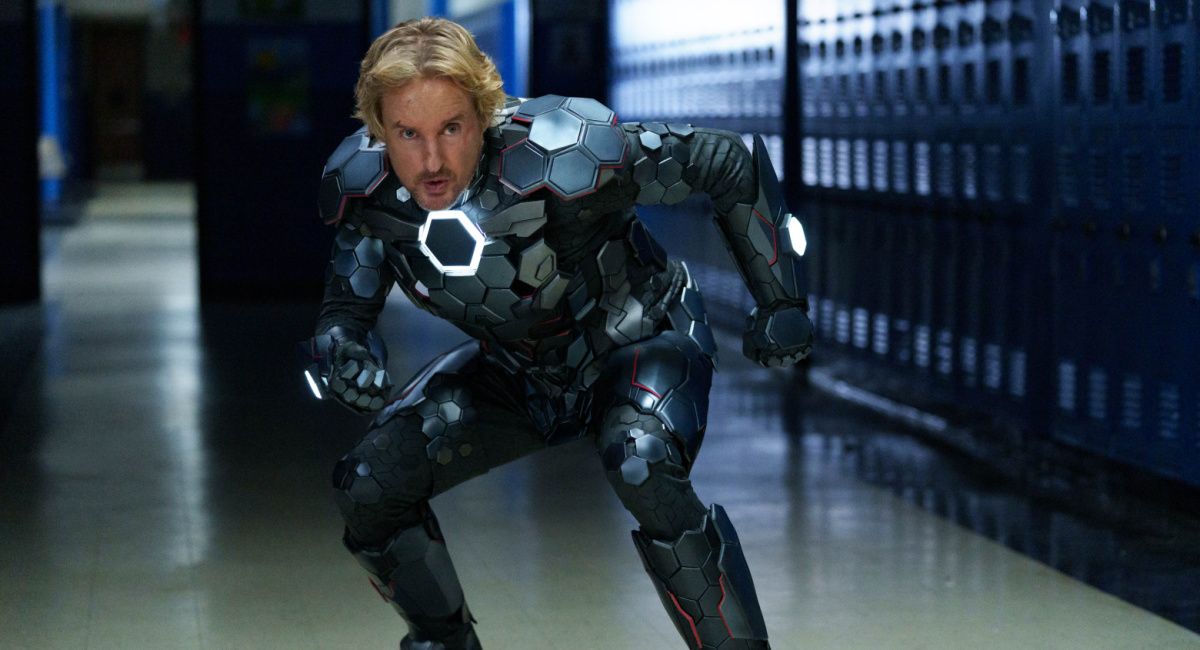 You can read the full interview below or click on the video player above to watch our interviews with Wilson, Scobell, Michael Pena, Jesse Williams, Abby James Witherspoon, and Kezii Curtis.

Moviefone: To begin with, Owen, what was your first reaction to this original superhero screenplay and the opportunity to finally play a superhero on screen yourself?

Owen Wilson: I was excited. I think that the chance to play a superhero, I mean, who isn't going to be flattered by that opportunity. I think it was done in a realistic way, so it isn't so much that this is something that my character has really chosen, it's something that he feels was thrust upon him.

That creates this dynamic between him and his son, Charlie, that's frustrating for both of them. I think that's hopefully what makes it a unique superhero story.

MF: Walker, can you talk about how Charlie feels when he discovers his father is really a superhero?

Walker Scobell: Well, normally they forget about why they were mad about their parents in all the other superhero movies and just forgive them, but in this one he gets angrier. Why can't his dad trust him?

MF: What was it like working with Owen on that father and son relationship?

OW: I think that's what attracted me to the script when I first read it and that dynamic between Jack and Charlie. Being able to explore it through this entertaining way where, what if you found out the reason why your dad wasn't at your baseball game is because he is superhero.

Even if that's your excuse, and it's a good excuse, it's still your kid's wanting you to be at their baseball game. I think that leads to a funny dynamic between Charlie and me.

MF: Finally, the movie is kind of like ‘Home Alone’ but with superpowers. Charlie, what was it like working with the other young actors on the set?

WS: It was fun. When we weren't filming, we were running around and checking out all the stuff. There's a bunch of punching bags and there's a vending machine, which is kind of sad that it didn't work because it had a bunch of stuff in it.