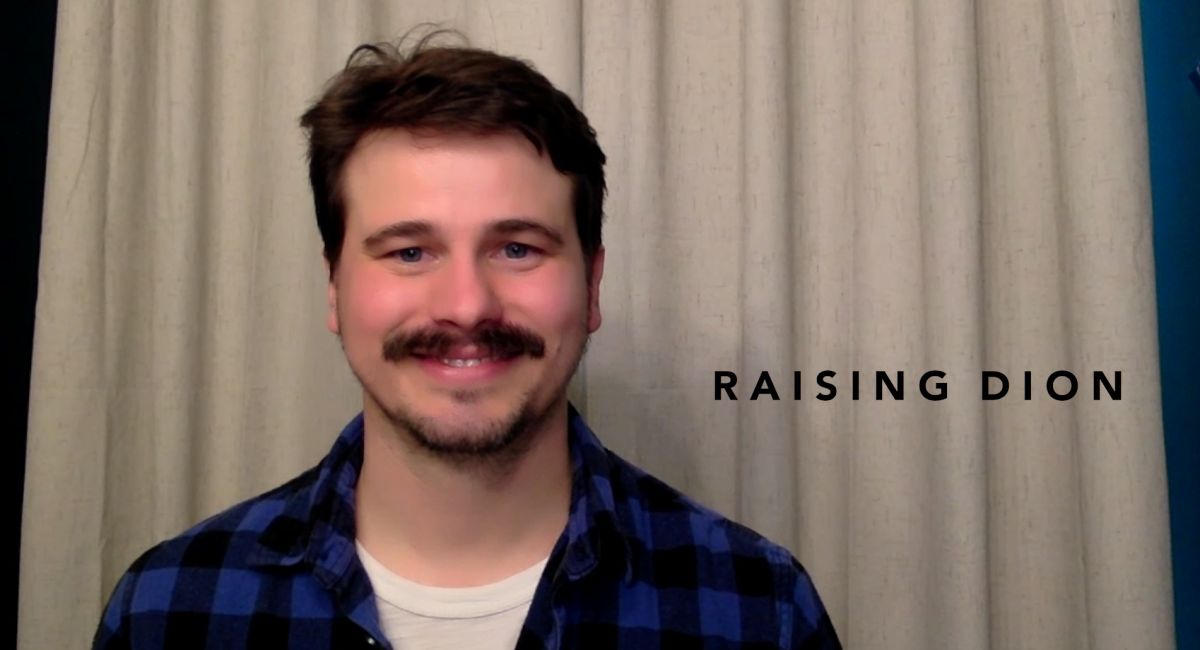 The series follows the story of Nicole (Wainwright), a widowed single mother raising her son, Dion (Young). However, things get complicated when Dion begins to manifest superpowers. To protect her son, Nicole only tells his secret to Pat (Ritter), her late husband’s best friend. Now, Nicole must help Dion control his special abilities in order to keep him safe, while also dealing with the threat from the evil Crooked Man.

Moviefone recently had a chance to speak with Alisha Wainwright, Rome Flynn and Jason Ritter about their work on the second season of Netflix’s ‘Raising Dion.’ You can read the full interview with Jason Ritter below, or watch all of our interviews in the video player above.

Moviefone: To begin with, can you talk about where we left Pat at the end of season one?

Jason Ritter: Pat turned into the giant, evil, Crooked Man at the end. It was revealed that he had been the Crooked Man the entire time. At first, we see him turn into the Crooked Man, and then he is defeated by Dion, his mother and her friends. They all come together, and we just see the dissipation of all this smoke.

Then at the very end of that season, we see one piece of smoke go to Brayden and follow him around, and that's where we ended. We pick back up two years later, after Brayden's been with this Crooked energy for all two years.

MF: So, we assume Pat is no longer the Crooked Man, is that correct?

JR: We hope so. Pat certainly does. Yeah. You know, it's tough, because while he was feeding this Crooked energy, trying to survive and do all these things, he did lie to everybody. He wasn't going around saying, "Hey, this thing is happening to me. Someone help me out." He's trying to figure it out all on his own, and he really did a lot of bad things.

So even though he's coming back and saying, "You can trust me now," anybody who has lied to anybody for a long period of time knows that you can't just flip a switch and say, "Okay, now I'm telling you the truth. Let's just start with you believing me now." It takes a long time, so he's at that stage in his redemption journey, which is at the very bottom.

I think that's one of the fun things about Pat, is it's sort of hard to pin him down, even how I feel about him sometimes. I can see where some of his pettiness comes in. He's definitely a certain way when he is talking to Nicole and some of the people that he's wounded, and then a different way talking to David, who he finds a bit frustrating. A little bit more of his selfish, angry and petty instincts come out with certain other characters, but he's trying. He's got some problems.

MF: As an actor, how did you go about creating this character?

JR: He is very complex. A lot of it was in the writing, and then the rest of it is that I took pieces of my own feelings about certain things. Certain ways I felt growing up and some of the ways that I was bullied, and I wasn't bullied like crazy, but just like a normal amount of bullying.

I remember I eventually, at a certain point in my life, called it my mad scientist syndrome, where there was an element in high school where I felt like, "I think I'm okay. My friends think I'm okay. Why does the outside world not reflect that?" The mad scientist part was like there was a part of my  head where I was going, "You'll all see one day!", or something like that.

I think that part is what I really used for Pat, this sort of thing without evidence that he has, like he deserves this certain thing that he's not getting. The truth is, I didn't deserve anything that I wasn't getting at that point in my life, but this feeling of like, "I feel like I've done enough. I feel like I'm okay enough, so why isn't the world mirroring how I feel on the inside?" My response to that was to work on myself and try to get better. Pat's response is maybe the world needs to change and come to him.

MF: Can you expand on that? What did you do differently in your own life when you thought that “the world was not mirroring how you felt on the inside?”

JR: I think I really dove headfirst into my little group of friends, and we just tried to make each other laugh all the time. We all thought we were funny, even if other people didn't. We kind of built each other up and helped each other feel okay, and feel like we had worth as people, at least to each other. I think that eventually gave me a little bit of confidence in who I was, as opposed to, I think what was happening before is I was trying to be someone who I wasn't, and I think people can sniff that out.

I think people can go, "You're trying to make me believe something about you that's not true.” There's something that's comforting to people about people who just are who they are and are just jerks or they're not or whatever. You go, "At least I know who you are." Whereas this guy who's being overly something, they're like, "What's your ulterior motive here?" And so, I think eventually, I was just able to let go of trying to control what other people felt about me and just getting more comfortable in who I was.