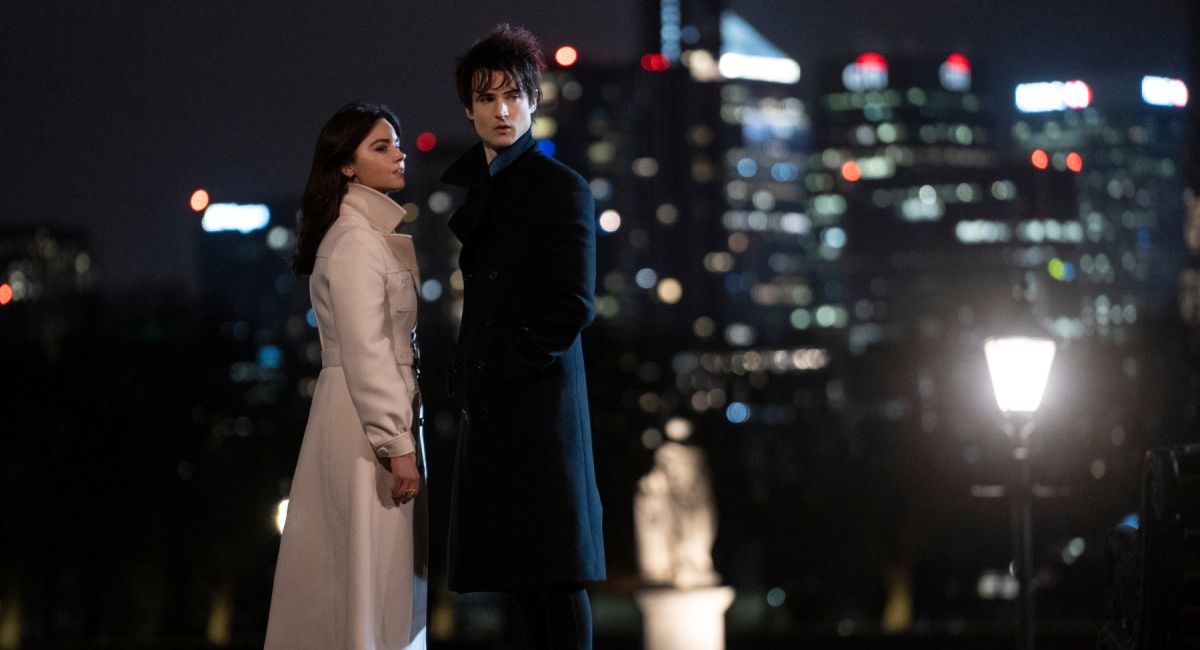 Netflix is running its annual “Geeked Week” this week, making announcements, and releasing trailers for a host of shows and movies all themed around genre.

One of the most exciting pieces of news is word that the long-awaited adaptation of Neil Gaiman’s classic comic series ‘The Sandman’ will launch its first season on the streaming service this coming August.

To boil it down to the basics, the story is this: “When the Sandman, aka Dream (Tom Sturridge) — the powerful cosmic being who controls all our dreams — is unexpectedly captured and held prisoner for over a century, he must journey across different worlds and timelines to fix the chaos his absence has caused.”

Of course, this being Neil Gaiman, there is a lot more to it than that. A lot more.

‘Sandman’, for those who might be unfamiliar, was a 75-issue DC/Vertigo comics series published in the 1990s. Gaiman's own one-line synopsis was: “The lord of dreams learns that one must change or die, and makes his decision,” yet the sprawling series takes in pantheons and mythologies from across the globe, via threads about fantastical quests, serial killers, road trips, and short stories only tangentially connected to the core narrative. Many tales featured Dream's siblings, the Endless: Destiny, Death, Destruction, Despair, Desire, and Delirium. There are some characters – such as members of his own family – who are happy to see Dream return, while others are not so sure this is a good thing.

Gaiman himself has noted that the first, 10-episode season of the Netflix show only covers to the end of ‘The Doll’s House’, the second collected trade paperback of the comics. There are 10 in all, and that doesn’t even include the many spin-off stories.

Attempts have been made in the past to turn this one into a movie, though the streaming series format (not to mention the budget and scope afforded by the likes of Netflix) most certainly feels the natural home for something so sprawling. It’s hard to imagine a film franchise even the size of, say, ‘Harry Potter’ doing justice to what Gaiman and his various collaborators brought to the page.

Though the writer has directly overseen adaptations of his work before (‘Good Omens’ particularly), here he was more of a consultant, with Allan Heinberg and David S. Goyer developing the series with Gaiman and then running the show.

‘The Sandman’ will return to his kingdom on August 5th via Netflix.

Tom Sturridge as Dream in 'The Sandman.' Photo: Courtesy of Netflix © 2021.

Stephen Fry as Gilbert in 'The Sandman.' Photo: Courtesy Of Netflix © 2022.

Boyd Holbrook as The Corinthian in 'The Sandman.' Photo: Liam Daniel/Netflix © 2022.

Vivienne Acheampong as Lucienne in 'The Sandman.' Photo: Laurence Cendrowicz/Netflix © 2022.

Tom Sturridge as Dream in 'The Sandman.' Photo: Courtesy Of Netflix © 2022.