‘Resident Evil’ Brings Horror to Netflix, But Fails to Capture the Excitement of the Source Material

Lance Reddick brings a thrilling and horrifying performance, but the series fails to replicate what made the franchise so great for all those years. 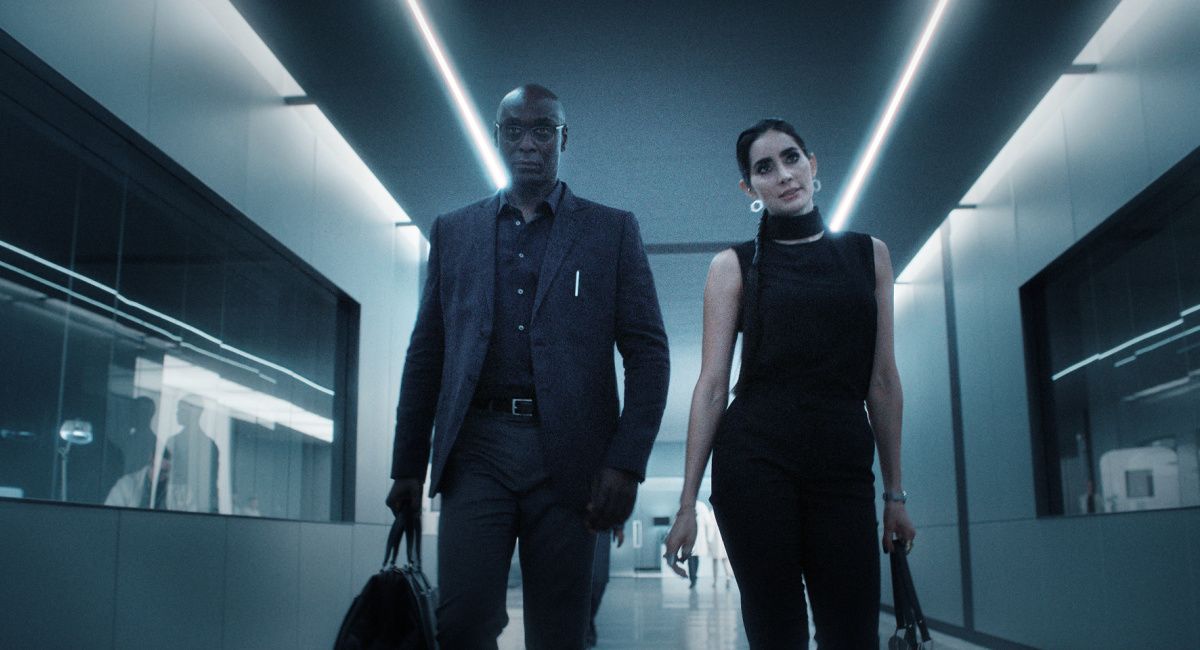 Released July 14th on Netflix, ‘Resident Evil’ stars Tamara Smart, Siena Agudong and Lance Reddick, following the three in the past, amid a corrupt biotech company and the future, after a worldwide zombie apocalypse has decimated the planet.

Developed for TV by Andrew Dabb (‘Supernatural’), the show follows a very interesting premise of taking place both in the future and in the past. We see sisters Jade (Smart) and Billie (Agudong) in the past as they move into New Raccoon City, a futuristic corporate city with their father, fan favorite Albert Wesker (Reddick).

While in the future, an older Jade (Ella Balinska) is just trying to survive the zombie outbreak that has taken over the world, while being hunted by Umbrella at the same time.

The story jumps between these two time periods with little to no warning, and while it can totally be jarring for some, I found it to be a great way for the show to give parallels in characters and events in the story, and you never feel like you’re missing anything important either.

The tension ramps up rather quickly, as a terrifying event causes the sisters to be thrown into the dark and nightmarish tests and weapons that Umbrella are making, in just the first episode.

Tamara Smart and Siena Agudong, who play the teenage version of Billie and Jade, absolutely kill their roles and make you care about these kids and feel nervous for what is in store for them.

This is where one of the first problems with the show occurs. It’s obvious that whatever is happening in the past-futuristic New Raccoon City, such as the start of the outbreak and the sisters discovering what the biotech company is hiding from everyone, is so much more interesting than the generic aftermath of a zombie invasion that is happening in the future.

It makes half of the show pretty boring in comparison, as you dredge through the future timeline, hoping for the time skip to happen and we see more of the bright horror of New Umbrella and the girl’s unraveling the mystery.

Though, a lot of the cast here is one of the best parts of the show. Huge callouts going to Lance Reddick as Albert Wesker. Normal viewers will not understand the significance of his character, but fans of the franchise will have a great, new take on him and his personality.

He’s both a loving father to his daughters and a mysterious, terrifying scientist in his own right. Reddick owns any scene that he’s in, and his ability to jump between the two personas is a sight to witness.

The settings of New Raccoon City and the destroyed ruins of future London are both different in color pallet and in emotion. You have the flashbacks showing us a stark white, clean-cut metropolis run by the biotech company, and then the destroyed roadways and underground tunnels of the zombie-infested future-specifically Europe.

One can argue it’s a great representation of the different genres of horror, gory violence of zombies and the fear of the unknown, blinded by white buildings and ominous test animals, all mixed in with the normal white-picket fence neighborhoods.

But, with the inevitable video game adaptations come the question most held by the fan base; how much does ‘Resident Evil’ take from the source material? Honestly, I wouldn’t say the show takes anything major. Not something someone, who has never played the games, would be confused by if they were to go into the show.

Most of what the show takes is the monsters, creatures like Lickers, the giant spider and even the giant caterpillar seen in many of the trailers. They’re not creatures that are tied to just one game in the franchise but are used to rather cool effect in the show’s fight scenes. The CGI being placed in full view, making them terrifying and viscerally plausible.

If you’re going into the ‘Resident Evil’ show expecting a straight-up remake of the games, this isn’t it. While some lore elements were kept, that is going into end of the season spoiler territory which I won’t do here. Even then, no boulder punching or giant tall vampire ladies kneeling through doors.

It’s not a perfect adaptation, not by any means. While some characters are interesting, the dialogue and some of the things they do in the story really baffle you. It’s like the show was leaning in way too much to the fact the characters are teenagers, which not many people are going to fall in love with.

How you enjoy the ‘Resident Evil’ show is dependent on how you look at. For fans of horror stories with blood, gore and giant mutated monsters, it’s an interesting take on the formula and you will most likely get an okay time out of it, with some caveats.

For fans of the game, though, it’s yet another disappointing (yet intriguing) take on the series and its mythos.

Netflix’s ‘Resident Evil’ gets 3 out of 5 stars.