The Evangelion Rebuild movies, now on Amazon Prime Video, are a must watch for film fans. We’ll tell you why these are worth seeking out. 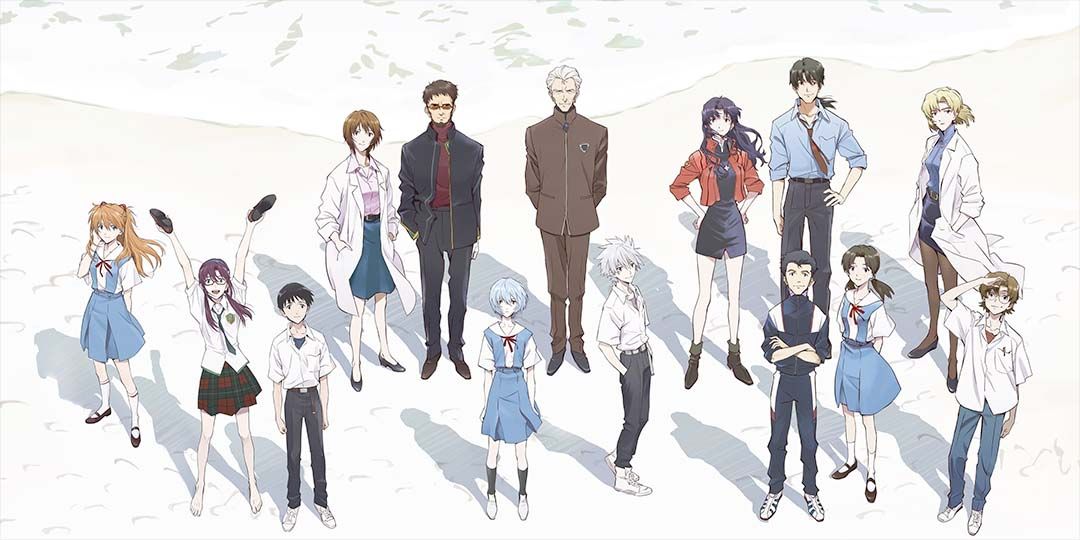 When it comes to anime, no one show is more respected than Evangelion. Originally airing in 1995, ‘Neon Genesis Evangelion’ blew up the anime scene with its dark imagery, unorthodox take on the mecha genre, and it’s tackling of incredibly hard-hitting topics for an anime, such as its personification of depression. It raised an entire generation of anime fans, and even inspired directors of modern cinema. A recent example is director Jordan Vogt Roberts name-dropping the series as an inspiration for 'Kong: Skull Island.' Recently we were treated to Amazon Video buying the rights to the recent Evangelion Rebuild films, including the finally released in the west, ’Rebuild 3.0+1.01 Thrice Upon a Time.’ For those unaware, the Rebuild films are a retelling of the original anime, with a little bit added in there for hardcore fans. Personally, I’m a huge fan of the series, and it has inspired me in my personal works. So, I’m about to give you four reasons as why film aficionados, even if you’re not an anime fan, should seek out the Evangelion Rebuild films to view on your own time. Don’t worry, it’s all spoiler free!

The year is 2015, a good fifteen years after a near world ending event called the Second Impact. Evangelion’s world is colorful, but muted. It looks like a normal, small Japanese town, but the familiar image of a bustling school and buildings have been replaced with a ravaged lake, broken-down train cars and light poles. Part of the world has just vanished, leaving seas of red and a foreboding feeling that something isn’t right. If you’re a fan of movies having atmosphere so thick you can cut it with a knife, Evangelion is up your alley. While the entirety of the series seems to run on the ‘living on the last edge of civilization’ trope, the films take their time to show us just how humanity is living in this new normal. We see the settlements that civilization has built, the way people are just trying to go through normal lives, even though they’re seemingly dwarfed next to the giant mecha versus monster battles constantly taking place. City streets turn into battlegrounds, with buildings replaced by stark white shields and mech deployments. The world of Evangelion holds so many secrets and has given us an apocalypse that is darkly beautiful in both good and bad ways. You never know if the safest places will protect you from what comes from the heavens.

Speaking of which, the Heavens are not what they seem to be. During Evangelion, the giant mechs called EVAs fight beings called Angels. But don’t go in thinking about tall, blonde, and winged. These angels are monsters, with extra limbs, eyes, and incredibly deadly. Kaiju films might have us normally thinking about giant lizards and insects, but the angels are another thing entirely. The animators really make you feel the fear when an EVA stares down an angel. They’re tall, menacing, and filled to the brim with symbolism, named after actual angels from the Bible. This is a darker, more dramatic take than something like ‘Pacific Rim.’ Like that film, the mechs are fighting something that isn’t just monstrous, these beings can cause the apocalypse. But there’s a spiritual element that adds a sense of dread.

Let’s just start this right off the bat: None of these characters are really a good person. Shinji, Asuka, Rei or anyone else…but that is the point. Evangelion’s genre-bending also moves to its characters. On the surface they seem like stereotypical teenage anime characters; Shinji is the quiet one, Asuka is loud and abrasive and Rei is the innocent one. They are obvious archetypes we’ve seen in other places, not just anime. But the films look a bit deeper, letting us see Shinji’s depression, Asuka’s loneliness and Rei’s mental anguish. These animated characters have grounded, human emotions and problems. We’re shown the anxieties and turmoil literal teenagers deal with, even as they have the weight of the world put on their shoulders. Instead of portraying them as the ultimate heroes, the films show them in a pained light; the fear they have over losing the war—and themselves. It humanizes these pilots and ups the tension with the fear of losing them at any time. These aren’t just badass soldiers, they're teenagers risking it all to save the world, with everything resting on them.

Evangelion, while boasting compelling characters and iconic giant robot fights, the real acclaim has mostly gone to the storylines. We’re treated to the human elements of a story about grief and loss and how someone can easily push away those who wish to help, leading them to spiral even farther down. Although this is a franchise about mechs, the monster battles and the threat of human annihilation are catalysts for the real story; the emotional journey of its characters, the investigation of what makes them tick, their acknowledgement of their flaws and how they end up overcoming them through their own strength. But, even if the giant fights are put to the back for the character drama, they still make the series a wild and fun ride to watch. With colorful scenery and violent mech vs. kaiju fights.

In the end, Evangelion is a genre-bending masterpiece that deserves a spot on everyone’s watchlist. Even if you aren’t an anime fan, any level of movie fan can watch the Rebuild movies and experience a story so important and powerful that it has inspired filmmakers across all genres.

Evangelion: 2.0 You Can (Not) Advance