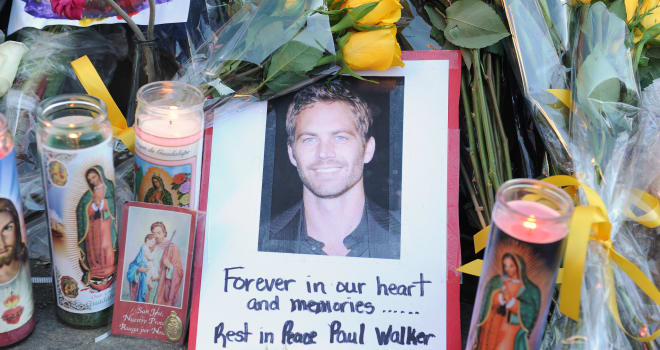 Porshe is hitting back at the wrongful death lawsuit filed by Meadow Walker, the teenage daughter of the late Paul Walker, who is suing the automaker for negligence in its design of the vehicle in which her father was killed. According to the automaker, Paul Walker was intimately familiar with the car and knew the risks it posed -- and therefore could be considered partially responsible for his own death.

TMZ shared Porshe's court filing -- the company's official answer to Meadow Walker's suit -- on Monday, which stated that Paul Walker was "a knowledgeable and sophisticated user of the 2005 Carrera GT." As such, the site said, Porsche maintains that Walker "should not have allowed or participated in a high-speed ride under the conditions that existed."

"Porsche also takes issue with allegations that the car's design was defective," TMZ wrote of the filing. "The car company says 'the subject 2005 Carrera GT was abused and altered ...' The company added the car was 'misused and improperly maintained.'"

Those comments echo similar statements that the automaker made when Meadow Walker's lawsuit was first filed back in September. Porsche cited authorities' ruling that the car -- driven by Paul Walker's friend, Roger Rodas, who was also killed in the crash -- was traveling at 90 mph, and that the crash "resulted from reckless driving and excessive speed." Rodas's widow has also filed a similar suit against Porsche, which is still pending.

According to Porsche's filing this week, Walker could also share "comparative fault" with Rodas, meaning he was also responsible for his death. A representative for Meadow Walker released a statement to TMZ disputing that claim. It said:

It is beyond regrettable that Porsche is trying to deflect its own responsibility by blaming the victim -- Paul Walker -- for his own death by getting into the passenger seat of its Carrera GT. Contrary to Porsche's assertions, the facts are clear: Paul was the passenger in a car that was not designed to protect its occupants, in a crash on a dry, empty straightaway in broad daylight and at speeds well below the vehicle's advertised capabilities.

If Porsche had designed the car to include proper safety features, Paul would have survived, he would be filming 'Fast and Furious 8' and Meadow Walker would have the father she adored.

'The Fast and the Furious': 10 Things You (Probably) Didn't Know About the Vin Diesel Hit

'The Secret Garden' - From Concept To Reality