How The Jungle Book Creators Obsessed Over Making the Perfect Loincloth 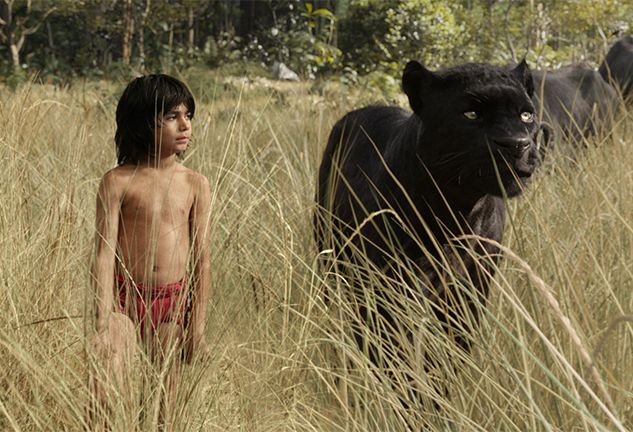 Neel Sethi as Mowgli in The Jungle Book

It may be a jungle out there for Mowgli. But at least he can run around in style. That little red loincloth he's wearing in "The Jungle Book" is made with fine Italian cloth.

In dressing the young boy, costume designer Laura Jean Shannon says the goal was to "create something that looked effortless but really actually took quite a bit of thought and quite a process to come up with. I had upwards of at least a dozen loincloths that we started with in different shapes."

By the time all those work hours are factored in, from the historical research to the design, from the shopping to the sewing, ounce for ounce this may be one the most obsessed-over loincloths ever created.

Neel Sethi in The Jungle Book

Shannon, who has worked with director Jon Favreau on most of his movies since the late 1990s, including "Elf," says they began the process by considering the heavy responsibility of remaking such a beloved classic. Disney released the original animated "The Jungle Book" in 1967.

"It did start with us discussing the original cartoon film from when we were children and how meaningful that was and how we wanted to have an evocative feeling of that Mowgli," she says.

Then began the process of carefully integrating her costume designs with the look and feel of the CGI-generated cast and sets.

"We all watched a pre-visualized entire film so that we could see all of the scenes and all of the characters and how they played together," she says. "It was very, very important to know what the action was, what Neel and his other little buddies would be doing so that we could really think ahead and make sure that we had covered all of our bases."

"When you are designing any costume, but especially this one for sure, you start by fabric swatching, and I found the perfect fabric really right away," Shannon says. "It was an Italian gauzy fabric that had enough opacity that we could use it for a loincloth, but also had enough lightness and life to it that I could paint into it and give it age and wear and make it look really authentic to the jungle."

Different scenes required different loincloths. "For instance, he gets immersed in mud," Shannon says. "When a loincloth gets muddy it gets droopy and it looks like a diaper, which was something we had to be very careful to not have happen."

Also, Mowgli's costume had to reflect his development as a character. "The costume that's worn by baby Mowgli actually morphs into what our Mowgli, that we see throughout the film, wears," she says. "It's almost as if he's taken what he had as a small child and retrofitted it into his larger form."

And while the costume options were limited, there was one other design of which Shannon can be particularly proud.

"We also have a costume that he dresses in for protective purposes that's sort of a leaf armor made out of actual living plants," she says. "That was probably my biggest challenge -- besides the fact that he and all of the guys were growing so fast -- was figuring out how to build a costume out of living plants that would actually hold out and be able to take all of the action in the film."