'Girl Meets World' Has 'Ended,' According to Rider Strong 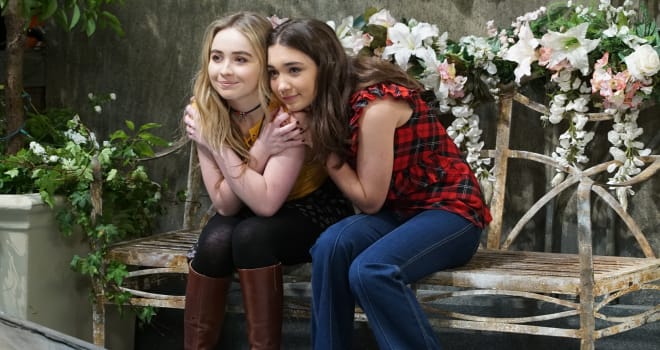 Its future was already up in the air, with no fourth season renewal announced, but is "Girl Meets World" really ending for good? According to one cast member, the answer, sadly, is yes.

That's the word from Boy Meets World." Strong, who also played Shawn on the original series, has been a recurring character throughout the entire run of "Girl," which is currently slated to wrap its third season in January.

During a recent episode of his podcast, Literary Disco, Strong had some sobering words for "Girl" fans. Without saying so definitively, Strong indicated that the series had come to its conclusion.

"We finished the third season of 'Girl Meets World' — my brother and I were directing a lot of episodes and I acted in a couple — and the show ended," Strong said on the podcast.

Deadline reports that that statement is in line with what the trades have been hearing about the show's future, and that the series is all but cancelled:

Sources say that Disney Channel has not officially notified the cast and crew of the show's future but no renewal is expected and the upcoming Jan. 20 third season finale, aptly titled "Girl Meets Goodbye", would serve as a series finale.

That episode, which was originally scheduled to run in August before being pushed to January, features a massive "Boy Meets World" reunion, with a dozen original cast members appearing. If this truly is the end for "Girl," at least it will go out on a high note.

'Girl Meets World' Could Continue on Another Network