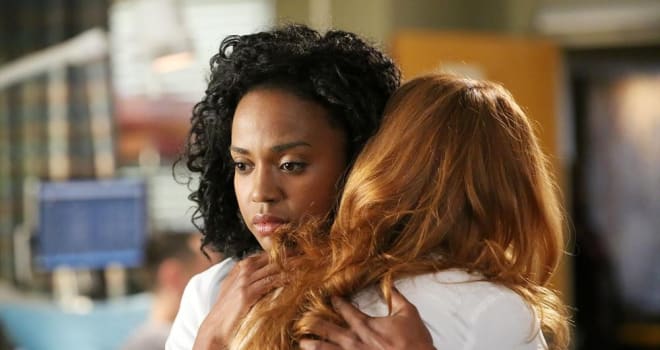 Dr. Stephanie Edwards won't be scrubbing in on "Grey's Anatomy" after this season.

TV Line reports that cast member Jerrika Hinton will not return as a series regular next fall for season 14. Hinton has played the bright, talented intern since 2012.

Hinton's exit is not much of a surprise since she was cast in a major role in Alan Ball's upcoming untitled HBO drama. There is a possibility the actress can still make some guest starring appearances on "Grey's Anatomy."

Hinton nearly left last year, too, when she cast as the lead in the Shondaland pilot "Toast," though there was talk that she could participate in both shows with a reduction in time on the hospital drama.

Ball's new drama is described as "a tragicomic meditation on the complicated forces at work on us all in America today. The show focuses on a contemporary multi-racial family." Hinton is set to play the adopted child of socially conscious idealists.