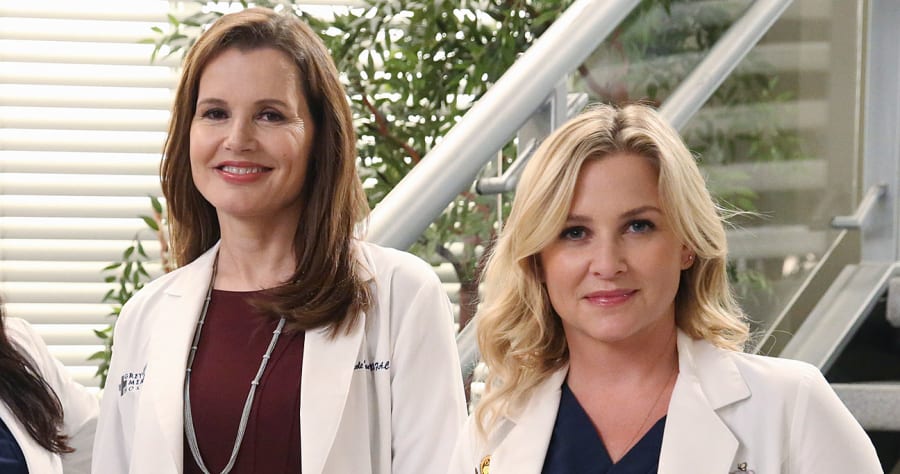 "Grey's Anatomy" — possibly to take someone away with her.

The Oscar winner is reprising her role as Dr. Nicole Herman, former head of fetal surgery at Grey-Sloan Memorial Hospital. She appeared in a 12-episode arc in Season 11 and last we saw Dr. Herman, she'd gone blind after a tumor surgery and went to recover at the Blind Institute.

Now, she's back, per Deadline, which obtained a logline for the penultimate episode of this season, which is set to air May 10:

One of Grey Sloan Memorial's own is seriously injured, making the team reflect on what is truly important to them. Meanwhile, Nicole Herman (Davis) pays a visit to Grey Sloan and talks to Arizona about an exciting opportunity.

An exciting opportunity ... to work elsewhere? As previously reported, series regulars Jessica Capshaw (Dr. Arizona Robbins) and Sarah Drew (Dr. April Kepner) are leaving the ABC drama after their contracts were not extended.

This synopsis for the episode, titled "Cold as Ice," indicates Dr. Herman returns to offer Arizona, a fetal and pediatric surgeon, a job somewhere else. That would a convenient way to write out her character, especially if the job were in New York City, where her ex-wife and adopted daughter Sofia reside. That's even more likely since next week's episode sees Arizona deciding to spend more time with Sofia after some school trouble.

The "Cold as Ice" logline also teases a possible outcome for April, since one of the staff is "seriously injured." Could April be killed off? That would make more sense for the character, since taking a job elsewhere would take her away from her daughter, Harriet.