Movie Review: ‘The King’s Man’ Is Fairly Entertaining but Fails to Achieve the Charm and Energy of Its Predecessors

A prequel to ‘Kingsman: The Secret Service’ and ‘Kingsman: The Golden Circle,’ the movie sets up a fun origin story but ultimately doesn’t recapture the magic of the franchise. 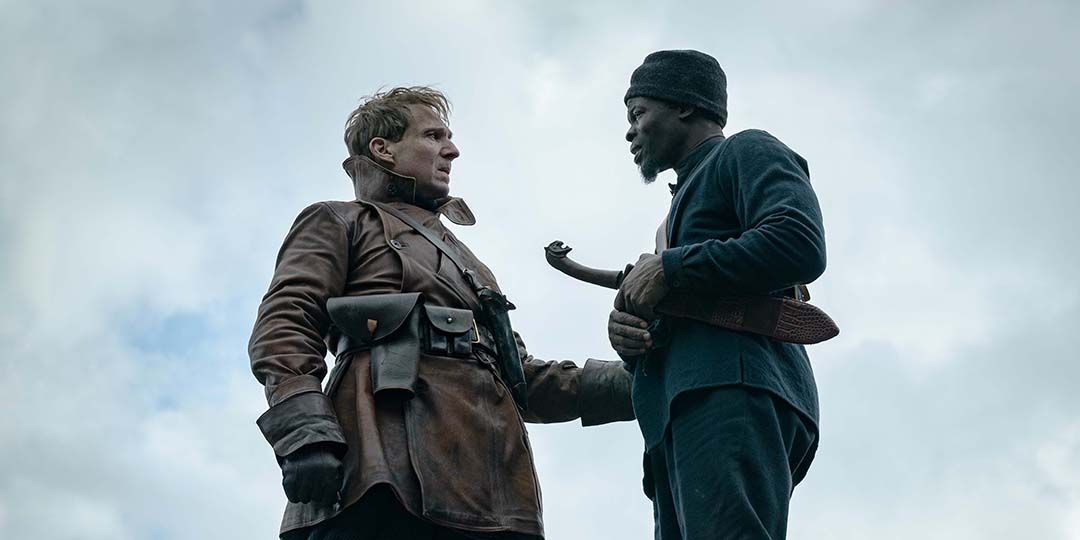 Opening in theaters on December 22nd is director Matthew Vaughn’s ‘The King’s Man,’ which is a prequel to his 2014 movie ‘Kingsman: The Secret Service’ and its sequel, ‘Kingsman: The Golden Circle.’ The film tells the story of Orlando Oxford (Ralph Fiennes) and how he created the Kingsman during World War I to defeat a collection of history’s worst tyrants, including Grigori Rasputin (Rhys Ifans). In addition to Fiennes and Ifans, the film also stars Harris Dickinson (‘Maleficent: Mistress of Evil’), Gemma Arterton (‘Quantum of Solace’), Djimon Hounsou (‘Captain Marvel’), Matthew Goode (‘Watchmen’), Daniel Brühl (‘Captain America: Civil War’), Charles Dance (‘Game of Thrones’), Aaron Taylor-Johnson (‘Avengers: Age of Ultron’), and Stanley Tucci (‘The Hunger Games’). The result is an interesting premise that fails to recapture the energy and charm of the first movie, but still features some fun action sequences and strong performances from Fiennes and Ifans.

The movie starts pre-World War I and introduces us to Orlando Oxford (Fiennes), a former soldier now working with the Red Cross along with his wife and young son, Conrad (Dickinson). But when tragedy strikes the Oxford family, Orlando swears never to let Conrad near war again. Years later, King George, Kaiser Wilheim and Tsar Nicholas, the leaders of England, Germany and Russia, respectively, are on the brink of World War I, which is being engineered by a mysterious figure who leads a group of evildoers that includes Grigori Rasputin (Ifans), Erik Jan Hanussen (Daniel Bruhl) and Mata Hari (Valerie Pachner). King George eventually asks Oxford to assassinate Rasputin, which he agrees to do, and reluctantly brings Conrad to help. They are joined by Oxford’s staff, Polly (Gemma Arterton) and Shola (Djimon Hounsou), who are not the ordinary servants they seem to be and are actually well-trained fighters who can gather intel from a network of other servants around the world.

After the war begins, Conrad desperately wants to join the army and fight for England, but his father refuses, hoping he will keep fighting in the shadows by his side where Oxford can protect him. Eventually, Conrad defies his father’s wishes and joins the army, and is eventually sent to the frontlines. Meanwhile, Oxford, Polly and Shola work to crack Germany’s code and discover who is the sinister mastermind orchestrating the war. After Conrad risks his life to recover the intelligence needed to crack the code, Oxford and his team have new motivation to track down the mysterious villain and put a stop to the war, which in turn creates the Kingsman.

I really enjoyed ‘Kingsman: The Secret Service’ and ‘Kingsman: The Golden Circle’ and was really excited about the prospect of seeing an origin story about the Kingsman, but the film falls flat and doesn’t have the same fun and charm as the first two movies. The characters are strong, and the action scenes are good, but there’s not much else to pull it together. The second act of the film basically becomes ‘1917’ or the “No Man’s Land” scene from ‘Wonder Woman’ and ceases to be a ‘Kingsman’ movie for about 20 minutes. It’s an odd turn in the film and doesn’t fit the tone of the rest of the movie. Without giving anything away, there is a specific choice made that affects a pivotal character before the beginning of the third act. While I understand it was done to motivate other characters, I disagree with taking the film in that direction and wish they had done something different with that character’s storyline. The film also blurs the lines between fiction and history, and the plot becomes confusing at times when you are unsure what is factual and what is made up.

There are also some pretty big-name actors including Stanley Tucci and Aaron Taylor-Johnson who make appearances but have very small parts, possibly signaling larger roles in future sequels, but it’s unfortunate that we have to wait for an additional film in order to see Oxford’s new team together. What does work in ‘The King’s Man’ are the characters and the performances from the impressive cast. Daniel Brühl is well cast as Erik Jan Hanussen but does not have enough to do in the role and is too similar to characters the actor’s played before in ‘Inglorious Basterds’ and the MCU projects. But it’s really Rhys Ifans as an unrecognizable Grigori Rasputin that steals every scene he is in. Ifans plays Rasputin as a Goth madmen, part psychopath and part con-man. Ifans is clearly having fun in the role and chews up the scenery in every scene he’s in. Matthew Goode is solid as Herbert Kitchener’s righthand man, but the character’s not-so-surprising turn in the third act could be seen from a mile away.

I’m a big fan of Gemma Arterton and am very happy to see her back on the big screen. As Polly, she gives a sweet and strong performance, but doesn’t have enough screen time, something that would perhaps be rectified in a possible sequel. Djimon Hounson is also quite entertaining in the thankless role of Shola, another interesting character that does not get enough screen time and is relegated to having a larger role in a sequel that may or may not ever get made. Harris Dickinson is really good as Conrad Oxford, and as an audience member you really relate to his struggles, which is why the character’s twist at the end of the second act is so unwelcome. Dickinson has great chemistry with Fiennes, and the two actors make a fun onscreen father and son pair.

But if the film works on any level, it is because of the commanding performance of Ralph Fiennes as Orlando Oxford. In many ways, ‘The Kingsman’ franchise is a spoof of James Bond movies, and in that way, it’s great to see ‘No Time To Die’s M in the “James Bond” role. Fiennes has the perfect attitude and personality for the character and shines as the first Kingsman. Unfortunately, Fiennes' strong performance is at times undermined by the film’s confusing screenplay and unclear tone. In the end, director Matthew Vaughn has delivered an interesting concept of a prequel, with strong characters and terrific performances, that is lost under the weight of its own ambition and omits the fun and charm demonstrated in the rest of the series.

As a collection of history's worst tyrants and criminal masterminds gather to plot a war to wipe out millions, one man must race against time to stop them. Read the Plot