Will Smith Resigns from Academy Over Chris Rock Incident

The Oscar winning actor has left the Academy of Motion Picture Arts and Sciences ahead of the April 18th Board of Governors meeting to decide his fate after slapping Chris Rock. 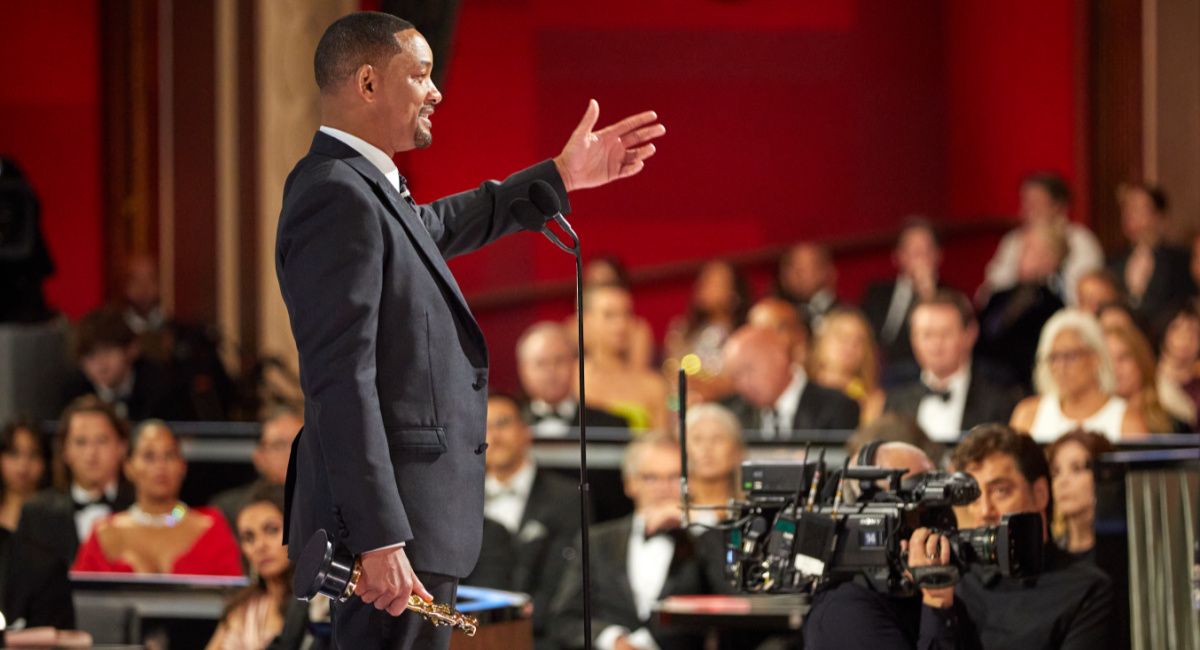 Will Smith accepts the Oscar® for Actor in a Leading Role during the live ABC telecast of the 94th Oscars® at the Dolby Theatre at Ovation Hollywood in Los Angeles, CA, on Sunday, March 27, 2022. Photo Credit: Al Seib / A.M.P.A.S.

On Friday afternoon, almost a week after slapping Chris Rock in the face during the Oscars broadcast, Will Smith has officially resigned from the Academy of Motion Picture Arts and Sciences.

The actor, who won Best Actor on Sunday for his work in ‘King Richard,’ is facing “disciplinary proceedings” from the Academy’s Board of Governors, who were to decide his fate during at a meeting on April 18th. Smith may still receive punishment from the Board, but has formally left the organization.

Below is Smith’s full statement, which was provided to Deadline:

“I have directly responded to the Academy’s disciplinary hearing notice, and I will fully accept any and all consequences for my conduct. My actions at the 94th Academy Awards presentation were shocking, painful, and inexcusable.

The list of those I have hurt is long and includes Chris, his family, many of my dear friends and loved ones, all those in attendance, and global audiences at home. I betrayed the trust of the Academy. I deprived other nominees and winners of their opportunity to celebrate and be celebrated for their extraordinary work.

I am heartbroken. I want to put the focus back on those who deserve attention for their achievements and allow the Academy to get back to the incredible work it does to support creativity and artistry in film.

So, I am resigning from membership in the Academy of Motion Picture Arts and Sciences, and will accept any further consequences the Board deems appropriate. Change takes time and I am committed to doing the work to ensure that I never again allow violence to overtake reason.”

This comes on the heels of a sometimes heated virtual meeting of the more than 50 Governors including the likes of Steven Spielberg, Ava DuVernay and Rita Wilson, after which Smith was informed that he had 15 days to respond in writing to their assertion that he violated the Academy’s standards of conduct with his violent behavior on March 27th. The group then was scheduled to meet on April 18th to decide next steps.

And yet, while expulsion had been put forward as a consequence, there has never been an indication that Smith will lose his Best Actor Oscar for ‘King Richard’. He will, however, no longer be extended the traditional invite to the previous year’s Best Actor winner to hand over Best Actress at next year’s 95th ceremony.

Plus, Smith’s resignation doesn’t mean he’s entirely free of consequences. “We have received and accepted Mr. Will Smith’s immediate resignation from the Academy of Motion Picture Arts and Sciences,” said AMPAS president David Rubin on Friday. “We will continue to move forward with our disciplinary proceedings against Mr. Smith for violations of the Academy’s Standards of Conduct, in advance of our next scheduled board meeting on April 18th.” So there could yet be more ramifications to come.

And the Academy itself, along with main 2022 show producer Will Packer are hardly covering themselves in glory either, with conflicting accounts of whether Smith was asked to leave the Oscar ceremony. Packer went on ‘Good Morning America’ and said Rock hadn’t wanted the actor ejected, but Deadline has sources that say that no such conversation occurred.

It’s really turning into they said, he said, someone else said on this issue…

Will Smith was “Asked to Leave” Oscars Ceremony After Slapping Incident