The actor, who resigned from the Academy just a week ago, has been banned for 10 years from attending the Oscars ceremony after slapping Chris Rock. 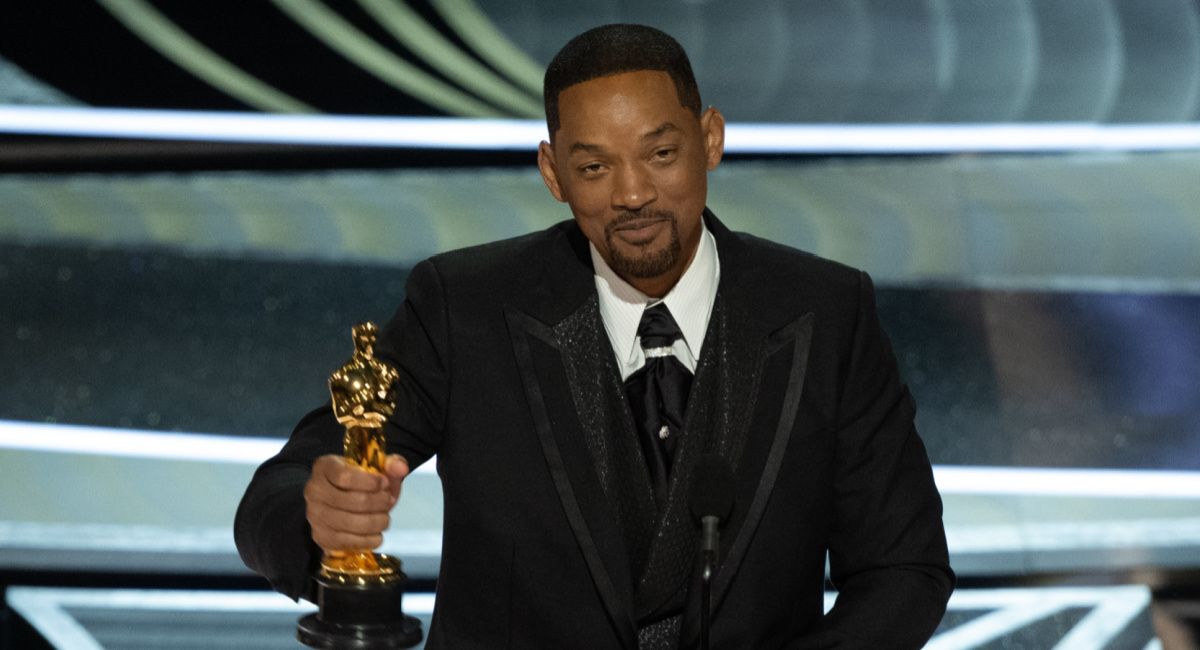 Will Smith accepts the Oscar® for Actor in a Leading Role during the live ABC telecast of the 94th Oscars® at the Dolby Theatre at Ovation Hollywood in Los Angeles, CA, on Sunday, March 27, 2022. Photo Credit: Kyusung Gong / A.M.P.A.S.

After resigning from the Academy of Motion Pictures Arts and Sciences a week ago for slapping comedian Chris Rock at this year’s Oscar ceremony, the Board of Governors has decided that Will Smith will not be allowed to attend the ceremony again for 10 years.

You can read the full statement below from Academy president David Rubin and CEO Dawn Hudson:

The 94th Oscars were meant to be a celebration of the many individuals in our community who did incredible work this past year; however, those moments were overshadowed by the unacceptable and harmful behavior we saw Mr. Smith exhibit on stage.

During our telecast, we did not adequately address the situation in the room. For this, we are sorry. This was an opportunity for us to set an example for our guests, viewers and our Academy family around the world, and we fell short — unprepared for the unprecedented.

Today, the Board of Governors convened a meeting to discuss how best to respond to Will Smith's actions at the Oscars, in addition to accepting his resignation. The Board has decided, for a period of 10 years from April 8, 2022, Mr. Smith shall not be permitted to attend any Academy events or programs, in person or virtually, including but not limited to the Academy Awards.

We want to express our deep gratitude to Mr. Rock for maintaining his composure under extraordinary circumstances. We also want to thank our hosts, nominees, presenters and winners for their poise and grace during our telecast.

This action we are taking today in response to Will Smith's behavior is a step toward a larger goal of protecting the safety of our performers and guests and restoring trust in the Academy. We also hope this can begin a time of healing and restoration for all involved and impacted.

Of course, given Smith’s resignation, the Academy’s options were severely limited – it’s hard to sanction someone who no longer belongs to your organization.

And we’re sure there are those who would have preferred a more substantial response – a lifetime ban, for example, or refusing to re-admit him to the organization at all.

For his part, Smith offered a succinct statement on the new move. “I accept and respect the Academy’s decision,” he said. You can imagine his publicists hovering over his shoulder – or writing it for him to sign off on.

The Academy seems unlikely to stem the calls for more action – and we’re still waiting to find out what his acting union, SAG-AFTRA decides. He may end up banned from events including the Screen Actors Guild awards for just as many years. And it’s notable that the Academy statement isn’t a blanket ban on Smith being nominated in future.

In the wake of various companies and studios pulling back from or hitting pause on projects with the actor, his chances aren’t great for the foreseeable future, though he does still have Apple historical drama ‘Emancipation’ in the can. The tech company has yet to decide what to do with the Antoine Fuqua-directed movie.

That said, with an Oscar and a haul of other awards for his role as Venus and Serena Williams’ father Richard in ‘King Richard’ it’s not like Smith needs to attend many more awards ceremonies anyway. It’s notable that the Academy chose not to rescind his trophy – though there have been previous winners who committed far more heinous acts who still have their Oscars.

There also continues to be differences of opinion as to what actually happened on the night following the slap, with the Academy board saying it had wanted the actor to leave but primary producer Will Packer leaving the control booth to specifically tell Smith that’s not what everyone preferred.

Rock, meanwhile, is still staying mostly quiet about the incident, aside from a few sneaky references while continuing his current stand-up tour. He’s said that he’s still “processing” what happens, so whenever he’s ready to talk, you know he’ll be a popular interviewee.