Dave Chappelle was Attacked On Stage During Netflix’s Comedy Festival

A 23-year-old man is now in custody following police action. 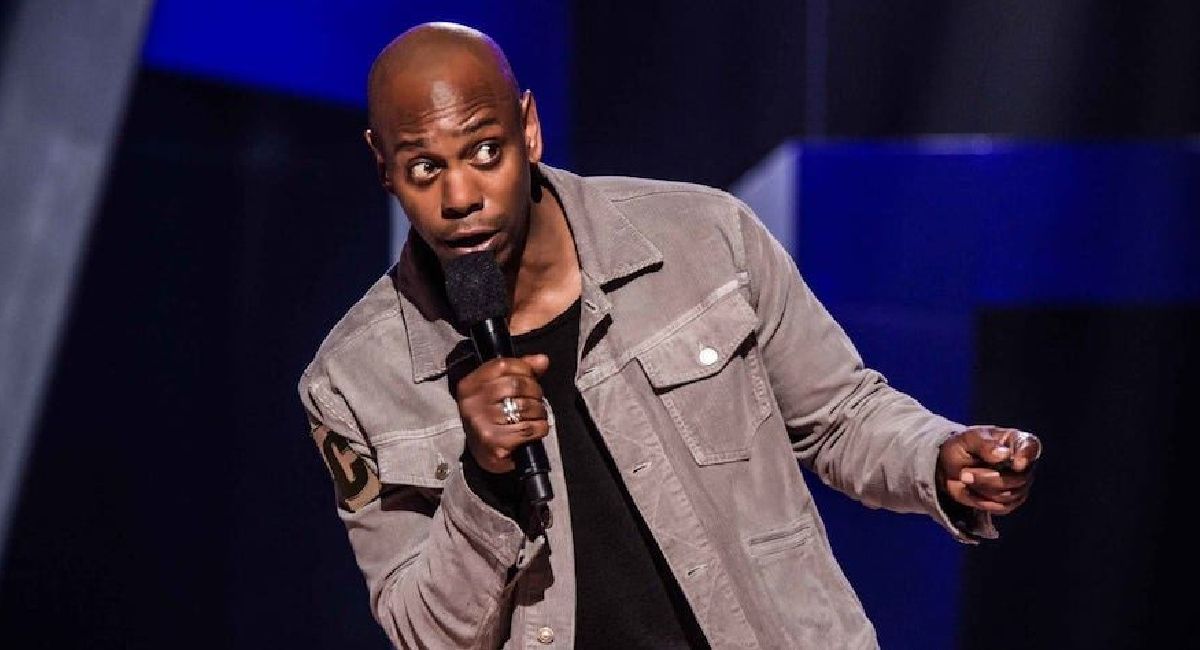 Dave Chappelle in the Netflix Special 'Sticks and Stones.'

Controversial comedian Dave Chappelle was reportedly accosted by a man wielding a plastic replica gun containing a knife while on stage at the Hollywood Bowl as part of the Netflix Is A Joke Festival on Tuesday night.

23-year-old Isiah Lee allegedly stormed on stage and tussled with Chappelle, who was initially taken aback, but managed to free himself before security grabbed the assailant.

Chappelle – who has caused fury for making jokes about trans and LGBTQ+ rights in recent stand-up specials – joked that his attacker was “a trans man.”

Jamie Foxx, who was attending the show, also took the stage to help security subdue the alleged assailant. Chapelle thanked him by quipping, “Whenever you’re in trouble, Jamie Foxx will show up in a sheriff’s hat.”

For his side of things, Foxx was more serious: “Listen, I just want to say…this man is an absolute genius. We’ve got to make sure we protect him at all times,” he said. “For every comedian who comes out here, this means everything. You’re a genius. You’re a legend, and we’re not going to let nothing happen to you.”

Chris Rock, who was also on the bill that night, came back out, hugged Chappelle and then made reference to his own recent, highly public onstage encounter, joking, “Was that Will Smith?”

Lee is being held on $30,000 bail as per a statement from to LAPD Public Information Officer Mendez on Wednesday morning. According to the statement, Lee was transported to a local hospital to be treated for injuries sustained during the altercation leading to his arrested. After receiving medical treatment and being cleared for booking, Lee was booked for felony Assault with a Deadly Weapon. It's unclear what motivated Lee to run onto the stage, or how he managed to enter the venue with the weapon.

Chappelle’s team released the following statement, downplaying the incident: “Dave Chappelle celebrated four nights of comedy and music, setting record-breaking sales for a comedian at the Hollywood Bowl. This run ties Chappelle with Monty Python for the most headlined shows by any comedian at the Hollywood Bowl, reaching 70k fans of diverse backgrounds during the first Netflix Is A Joke: The Festival, and he refuses to allow last night’s incident to overshadow the magic of this historic moment.”

The statement continues: “As unfortunate and unsettling as the incident was, Chappelle went on with the show. Jamie Foxx and Chris Rock helped calm the crowd with humor before Chappelle introduced the last and featured musical guests for the evening, hip-hop artists Yasiin Bey and Talib Kweli, a.k.a. Black Star, who performed music from their new album – the first in nearly 24 years – which was released on Luminary.”

Netflix released its own statement about the event: “We care deeply about the safety of creators, and we strongly defend the right of stand-up comedians to perform on stage without fear of violence.”

(L to R) Dave Chappelle and Jerry Seinfeld on Netflix's 'Comedians in Cars Getting Coffee.' Special 'Sticks and Stones.'