There’s an ugly game at play here – and a battle of the sexes. 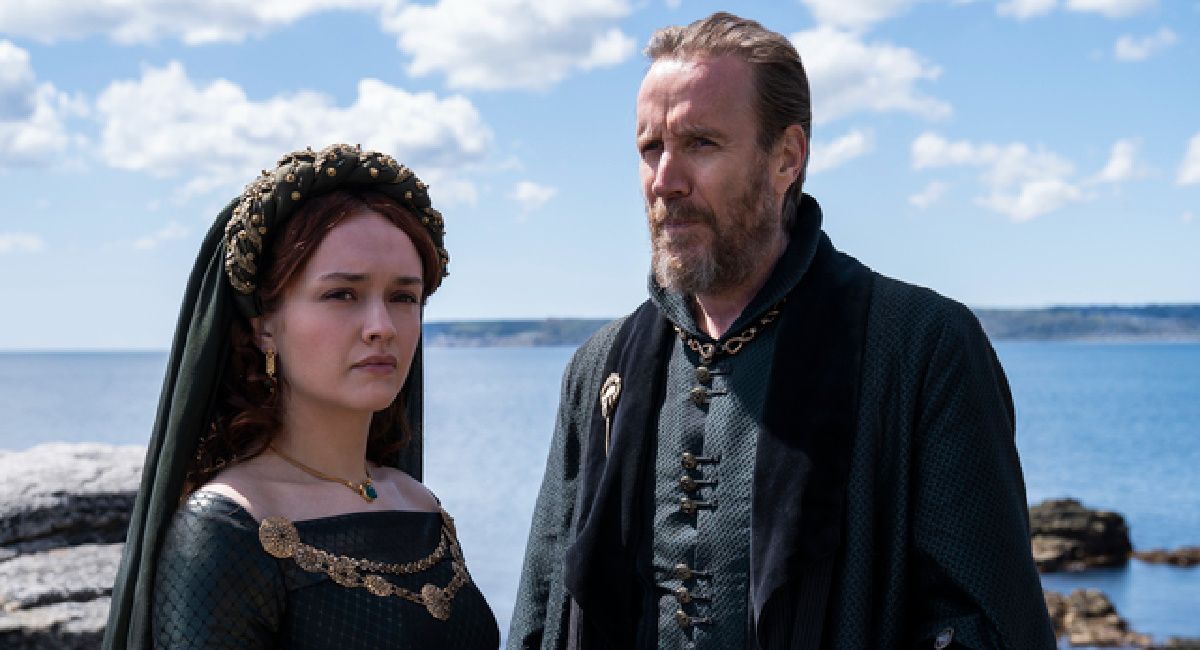 (L to R) Olivia Cooke as Alicent Hightower, Rhys Ifans as Otto Hightower in HBO Max's ‘House of the Dragon.'

“What is this brief, mortal life… If not the pursuit of legacy?” So says Lord Corlys Velaryon (Steve Toussaint) in the opening moments of the new teaser for ‘House of the Dragon’.

And given that this is the prequel series to one of the biggest TV shows of all time, you’d forgive the creators (which include George R.R. Martin, from whose novels ‘Game of Thrones’, that aforementioned TV show, sprang) for having legacy on their mind too.

Having spent a fraction under $20 million per episode on this first season of ‘Dragon’, the new series is a gamble, even if following ‘Thrones’ might be a slightly safer bet than some others.

But there’s also that giant fanbase, who devoured every moment of ‘Thrones’ and who ended up having big issues with the final season of the series, to please, which is always on the mind.

‘House of the Dragon’, like its progenitor, is also based on Martin’s books, this time the 2018 novel ‘Fire & Blood’, which chronicled the history of House Targaryen, the family seen via Emilia Clarke’s Daenerys Targaryen in ‘Thrones’.

This time, though, the setting is 200 years before the events chronicled in that show, albeit with some very familiar jockeying for power.

Paddy Considine stars as King Viserys Targaryen, chosen by the lords of Westeros to succeed the Old King, Jaehaerys Targaryen. A warm, kind, and decent man, Viserys only wishes to carry forward his grandfather's legacy. But good men do not necessarily make for great kings. Matt Smith, most recently seen in ‘Morbius’, is Prince Daemon Targaryen, younger brother to King Viserys and heir to the throne. A peerless warrior and a dragonrider, Daemon possesses the true blood of the dragon.

‘The King’s Man’s Rhys Ifans plays Otto Hightower. The Hand of the King, Ser Otto loyally and faithfully serves both his king and his realm. As the Hand sees it, the greatest threat to the realm is the king's brother, Daemon, and his position as heir to the throne. Olivia Cooke appears as Alicent Hightower, Otto’s daughter, and the most beautiful woman in the Seven Kingdoms. She was raised in the Red Keep, close to the king and his innermost circle; she possesses both a courtly grace… and a keen political acumen.

Emma D’Arcy portrays Princess Rhaenyra Targaryen, the king’s first-born child, she is of pure Valyrian blood, and she is a dragonrider. Many would say that Rhaenyra was born with everything… but she was not born a man.

Toussaint’s Velaryon is “The Sea Snake.” Lord of House Velaryon, a Valyrian bloodline as old as House Targaryen. As the most famed nautical adventurer in the history of Westeros, Lord Corlys built his house into a powerful seat that is even richer than the Lannisters and that claims the largest navy in the world.

As the title (and this teaser) suggests, we can expect a lot more dragon action (where do you think a chunk of that hefty budget goes?) and all the political wrangling you might hope for.

‘House of the Dragon’ starts on HBO Max on August 21st.

'House of the Dragon' is scheduled to premiere on HBO Max beginning August 21st.