The ‘Twilight’ and ‘Supergirl’ actress discusses his new movie, which is based on a true story and also stars Eric Dane and Teri Polo. 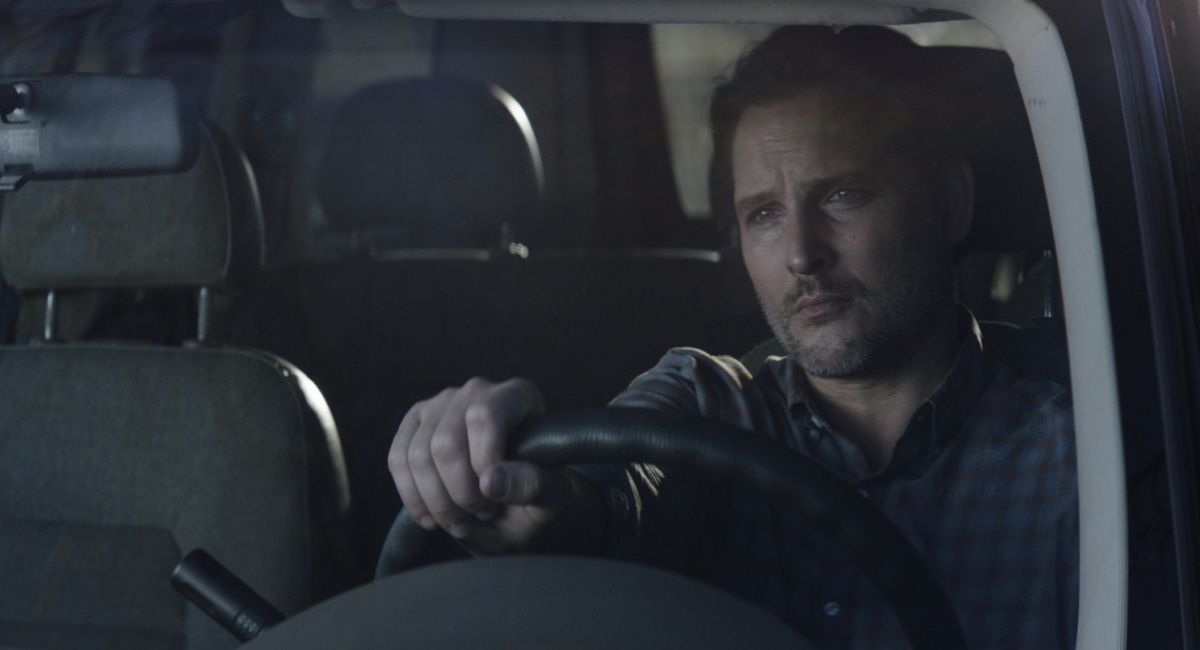 Peter Facinelli in 'The Ravine.'

Opening in theaters, On Demand, and digital beginning May 6th is the new mystery thriller ‘The Ravine,’ which is based on the book by Kelly and Robert Pascuzzi and was written and directed by Keoni Waxman (‘The Hard Way’).

Inspired by true events, the movie takes place in a small town after an unspeakable crime, where Carolyn (Teri Polo) and Mitch Bianci (Eric Dane) are left to wonder if they overlooked their friend Danny’s (Peter Facinelli) violent tendencies, or if there might be more to the story.

Peter Facinelli has been working professionally as an actor for over twenty-five years. He has appeared in several popular television programs including ‘Fastlane,’ ‘Six Feet Under,’ ‘Nurse Jackie,’ ‘Glee,’ and ‘Supergirl.’

He has also appeared in such films as ‘Can’ Hardly Wait,’ ‘The Scorpion King,’ and ‘The Damned,’ but is probably best known for his role as Dr. Carlisle Cullen in ‘The Twilight Saga’ movies.

In addition to Polo, Danes, and Facinelli, the movie also stars Byron Mann ('The Big Short'), and Leslie Uggams (‘Deadpool’).

Moviefone recently had the pleasure of speaking with Peter Facinelli about his work on ‘The Ravine.’

You can read our full interview with Peter Facinelli below or watch our interview by clicking the video player above.

Moviefone: To begin with, how did you get involved with this project and what was your first reaction when you read the screenplay?

Pater Facinelli: I don't remember how I got involved. I think they came to me and asked me to read the script and I read it, and it was based on true events. Then Eric Dane was already attached to it and I like Eric Dane's work. I like the director (Keoni Waxman) as well. So, I signed up to do it.

I knew it was going to be kind of a heavy subject matter. It's not one of those projects where I know that I'm going to go have fun at work. It was one of those things that I knew was going to be emotionally draining at times. But, the subject matter to me was important because it deals with a lot of themes. It deals with forgiveness, which I really like that theme with Eric Dane's character, but from my character also. This was before people really put a spotlight on mental health.

At the time people really weren't talking about mental health, but I always thought it was important. I felt like my character in this movie was not a bad person or an evil person. He did these acts and was troubled, but he had mental health issues. There's one scene in the movie where he is actually talking to Eric Dane's character and he is being a little cryptic.

I always thought, well, what if that conversation went to another level? What if there was a little bit more probing in there? Maybe he was trying to reach out for help but didn't know how to reach out for help. It just makes you think, check in with friends. Make sure they're okay. Because those things that happened that night, they could have been prevented. There's an alternate universe where that mental health issue was corrected, and he got the help he needed, and he didn't snap.

Peter Facinelli in 'The Ravine.'

MF: You play a pivotal role in the film but have limited screen-time. As an actor, what are the challenges of playing such a small but important role, and being able to convey your character to the audience in a short amount of time?

PF: For me, you're kind of constrained by the writing as well. But there were scenes there to show his personality. So, when he is dancing with his wife, when he first meets her, in the scene where I'm talking to Eric Dane, I wanted to give the sense that he was this guy that you'd want to hang out with, go play basketball with or go to a party with. He was the best friend that makes you laugh. He wasn't this guy who had this dark cloud over him, the villain that sits in his house plotting something. This event came out of nowhere.

I think that what's interesting about it is Eric Dane's character has to put those pieces together. Is this the person that I thought he was? Did I read him wrong? Was our friendship a lie? Eric Dane's character was left with all these questions, and what he was left with was that he had issues and he didn't deal with them in the way that he should have. It doesn't reflect on all the good times that he had with him. It reflects on one bad night and then he finds forgiveness.

Eric Dane in 'The Ravine.'

MF: You have an extremely emotional scene that opens the movie, can you talk about how you prepared for filming that sequence?

PF: I don't know. I mean, it's hard to say, because you just kind of got to do it. It's like when you're playing a game of basketball and you're down by two points, there's a basket and you just try to shoot. I think it's more for me about knowing what’s on the page, and there's a lot of pressure because it's a very emotional scene and it's very easy to force it. For me it's always about just staying connected in the moment. If I'm staying in the moment and connected, then it'll be truthful and whatever comes out of that will happen. Sometimes it takes you for a ride and it’s almost meditational in a way. It's more about letting go and trusting what could come out of it.

I think we did a few takes. But I think some were more emotional, and some were less emotional. Again, the worst thing is whenever you're doing a scene where you're crying, it's interesting because in real life nobody tries to cry, right? You're always trying not to cry. So, when you see an actor who's trying to cry, it becomes forced and it feels weird or ugly. But it's when you just let go, then it just kind of takes over that moment and it's whatever that moment is. Some takes I might not have cried. Some takes I did cry. Then it was whatever the director ended up wanting to use. But my job is just to stay in the moment and give them as many truthful moments as I can.

Then I can walk away feeling good about it. But it's funny because most of the time we're trying not to cry in real life? You start to cry and you're fighting it. But for him there was a real release there, because when you're staring at the ravine of your life and you're about to plummet into the unknown, and you've done these horrible acts that are behind you, there's nowhere else for you to go but forward. So, it was almost symbolic of leaving his life behind and just driving as fast as he could into the unknown, letting it all go and knowing that he can no longer stay on this planet with all the things that he had done.

Teri Polo in 'The Ravine.'

MF: Finally, can you talk about how Danny’s actions has caused a disagreement in Mitch and Carolyn’s marriage, as well as what it was like working with Eric Dane and Terri Polo?

PF: Well, I mean, I love Eric Dane. He's a real solid guy. He is the guy you want to go play basketball with. As a matter of fact, we were doing the basketball scene and I showed up a little early. I was rehearsing it because I haven't played basketball in a while. So, by the time we went to shoot I was all sweaty. Eric Dane was sitting in the corner hanging out and I was like, all right, you guys ready? He gets up and he just starts hitting dunks with every basket. I'm sitting there all sweaty thinking, I got to take a page out of this guy’s book. He just showed up and started hitting the baskets. I put too much work in and we were laughing about it. But he's just a solid, good dude.

Then, Teri's just so sweet and a really good actress too. I think I only had one scene with her, but she's really lovely in the movie. She gives the other perspective. Because when you're going through something, trying to find answers, she's a good wife and a good friend to Mitch. You could see why Danny and Carolyn were good friends in high school. She was best friends with Danny’s wife in high school. But you could see why she was a good friend to Mitch in that moment, because she was giving him the other perspective of no, you didn't make mistakes. You didn't do anything wrong. He had issues. One act doesn't define who he was as a person. Then you could find forgiveness in that because it was hard.

It’s based on true events. The producer and his wife were the Eric Dane and Teri Polo characters in real life. So, there's a real responsibility when you show up to work because these people lived through that. Out of respect for them you want to give everything you can. You want to make sure that their story's being told truthfully. But there was a weird thing where I felt very tapped into that character. I almost felt like he was connected with me and I could feel him. I could feel him as I was working.

When an unspeakable crime rocks a peaceful community, family and friends are left to wonder if they overlooked the murderer among them or if there might be more... Read the Plot