The ‘Divergent’ and ‘Game of Thrones’ actors discuss their new HBO Max series, which is based on the popular novel and movie of the same name. 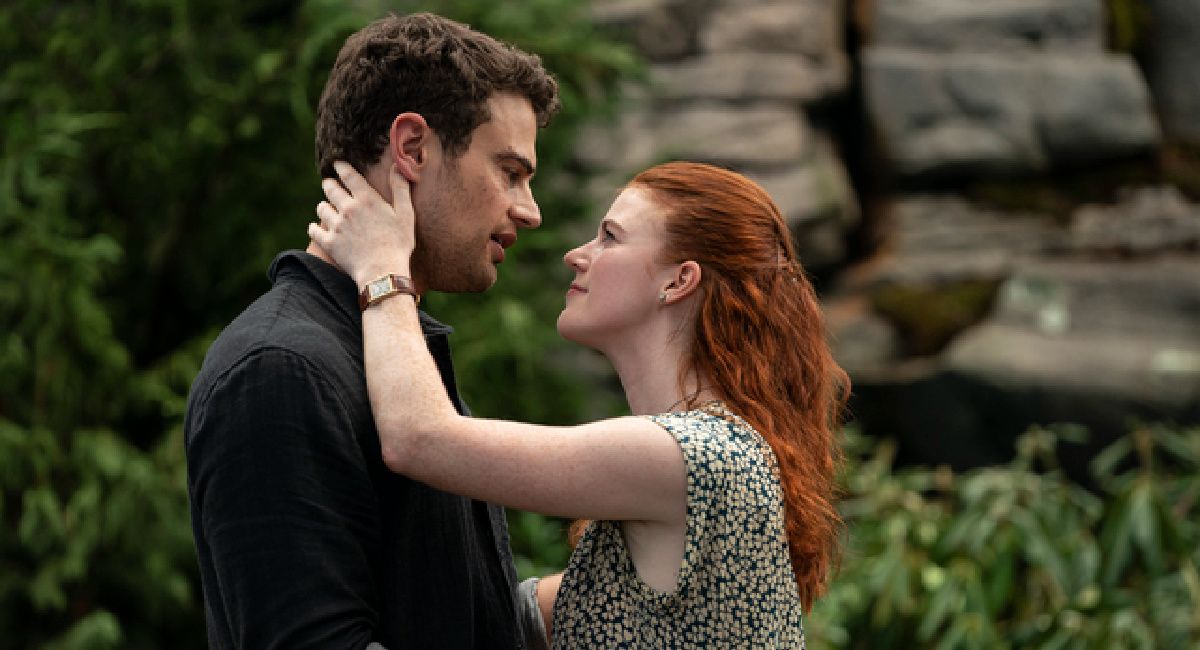 Premiering on HBO Max beginning May 15th is the new series ‘The Time Traveler’s Wife,’ which is based on the popular novel and movie of the same name.

Created by Steven Moffat (‘Sherlock’) and directed by David Nutter (‘Game of Thrones’), the series centers on the marriage of Clare and Henry, which is complicated by Henry’s ability to time travel.

Moviefone recently had the pleasure of speaking with Theo James and Rose Leslie about their work on ‘The Time Traveler’s Wife.’

You can read our full interview with Theo James and Rose Leslie below or watch our interview by clicking on the video player above.

Moviefone: To begin with, Theo can you explain how time travel works in this series and how it affects Henry’s life?

Theo James: Good question. Yeah, we kind of tried to work on the law of it with Steven and then with David, the director, but essentially, he can travel within his time span of his life, pretty much. He gets thrown around in time. He doesn't know when it's going to happen or how long he's going to be gone, but he usually goes back to people and places of significant memory. So, in a way it's a take on trauma, a take on memory, and take on how we remember aspects of our lives.

When he time travels, one thing we wanted to get into the show was a sense of urgency, a sense of danger. So, it has a physical effect on him. He comes out the other end and he's covered in sweat. It's like he's had an epileptic fit. He's hungry and he's extremely exhausted. It also ages him quicker than your average Joe, so by the later years in his life, he looks much older than he actually should be.

MF: Rose, do you think Rose would have had a relationship with Henry if she had met him as an adult instead of as a child?

Rose Leslie: Well, it's a really interesting question, because she pulls him up on it. As 20-year-old Clare, she pulls Henry up on the fact that it was meeting him at such a young age that kind of molded my libido. Through knowing him kind of sporadically through my childhood, meant that he then became this idolized person, and was the perfect man for me. So, I think she, too, has that query. I think she realizes that in the cold light of day, the fact of the matter is that she is completely and totally in love with this man. This is whom she has decided to commit the rest of her life to, knowing that it's going to be very difficult at times. But she has quite rightly decided to commit to this life of uncertainty. She is now forever tethered to him.

It's not fun. It's kind of certainly, when he is away, her having no idea on whether he's in danger, on whether he's safe, and if he's able to keep warm. It's kind of riddled with anxiety for her, and it's something that she, throughout her years, has had to try and learn and know that there's nothing that she can do for him, other than be hopefully around when he comes back into the house.

MF: Finally, Theo can you talk about preparing to play this role and your approach to portraying Henry at several different stages of his life?

So, we spent a lot of time kind of shaping what he would be like at different ages. I said this before, but the good thing is I sat between those ages, in a way. I'm 37, and I play a 28-year-old. That's not that long ago for me to remember making those dumb, impulsive decisions, which I still often do myself. Then the older version, who's 41 to 43. Now I'm married and have a child. There's a settled nature to you, or a little bit more, hopefully, an understanding of your sense of self. So, I was able to kind of balance it.

Shailene Woodley Is 'Not Interested' in the 'Divergent' TV Series