How Will ‘Doctor Strange in the Multiverse of Madness’ Change the MCU?

So many universes, so little time. 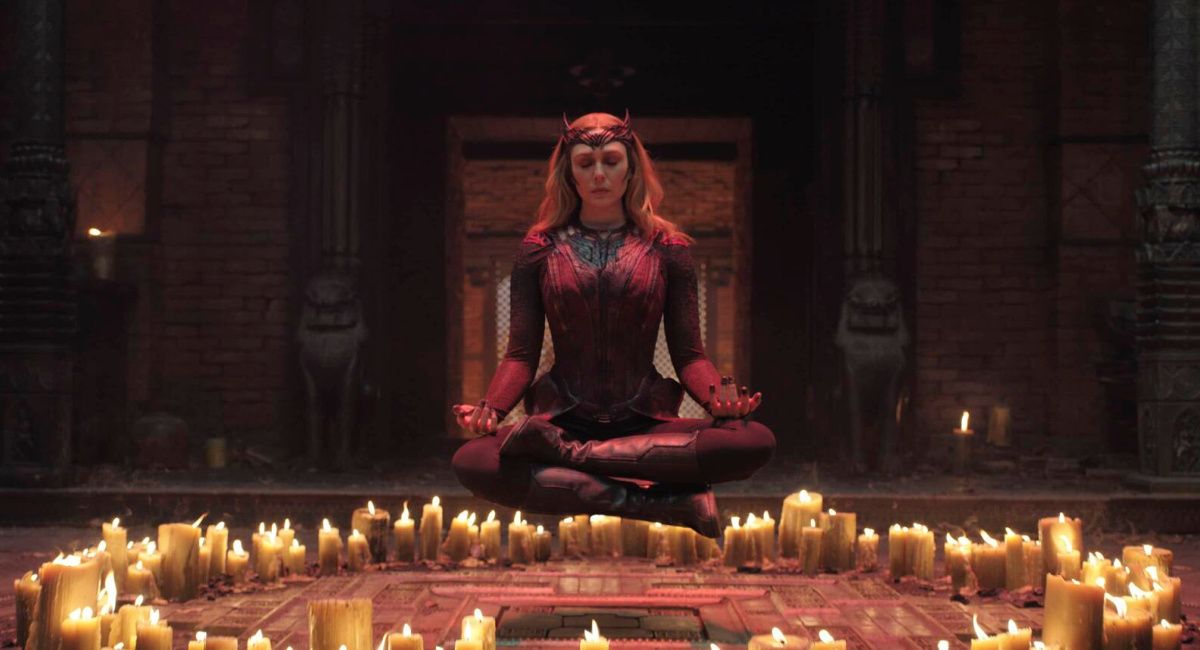 ‘Doctor Strange in the Multiverse of Madness’ is here and wow, do we have a lot to talk about.

While the film follows Marvel’s trend of slowly moving away from crazy connections (save for a few references to both ‘WandaVision’ and ‘Avengers: Endgame’), we still have a lot to cover. So here we’ll get into the end-credits scene, the introduction of the Illuminati, and what it all means!

So, let’s start off with the big one, the mid-credits scene. At the end of the movie, we witness Stephen Strange’s third eye revealing itself and an instant fear that would strike in anyone as who saw one of his multiverse counterparts with the same third eye. But in the scene following that, Stephen looks pretty okay! Also looking fancy in a new jacket and scarf.

A portal opens in front of him and Charlize Theron, making her first appearance in the Marvel Cinematic Universe, steps out. She tells Strange he created an incursion in another universe and that he must help stop it, then Stephen changes into his robes and suddenly, the third eye appears on his forehead, and he follows her into the portal.

Now we have a lot to talk about. Let’s start with the new character reveal, Clea, or as she’s known in the comics currently, the Sorceress Supreme. Introduced in 1964, Clea is the niece of Doramamu—yes, the one Strange very cleanly bargained with in the first ‘Doctor Strange’. In the comics, she meets Stephen when he’s sent to the Dark Dimension. Even going on to marry him later.

This storyline would match up perfectly for the next film, as it is shown in ‘Multiverse of Madness’ that Stephen has come to terms with the fact he and Christine can never be together. And while he may not know the answer to the question “are you happy?”, it's a great moment for Clea to come into his life.

Next, that weird extra eye. The Eye of Agamotto is considered the amulet of knowledge and grants the wearer the ability to see something before it happens, which we saw in ‘Avengers Endgame’. This could also be a reference to actual real-world myth, which says that the ‘opening of one’s third eye’ means many things, but mainly a representation of one’s power of clairvoyance. Exactly what the Eye does in the MCU, is yet to be determined. This doesn’t exactly mean Stephen’s evil now, but we should keep "an eye on" how much power he actually does have.

But the after-credits scene wasn’t the only major reveal that the film gave us. Halfway through, Strange and America Chavez get blasted into a Universe which is pretty much run by a superhero secret society called the Illuminati (first appearing in Marvel Comics in 2005.)

Let’s start with the ones we do know and have seen in the MCU. Captain Carter, Maria Rambeau & Blackbolt.

Peggy Carter’s multiverse counterpoint was first seen in the ‘What If…?,’ which aired on Disney+. For those who don’t know, she is basically Steve Rogers if she took the super soldier serum instead of him. Maria was last seen in ‘Captain Marvel’ in 2019, as Carol’s best friend from the air force. We can deduce in this universe that she obviously got the cosmic powers instead of Danvers.

Now Blackbolt is a bit different. He's the leader of the Inhumans on Earth and has the power to kill anyone with just a whisper. He is played by the same actor from the very short lived ‘Inhumans’ show that aired on ABC, coinciding with ‘Agents of S.H.I.E.L.D.’ While its reception wasn’t fantastic, it’s commendable to see Marvel and Disney bring back the same actor.

Now for two characters we had yet to see until now, Charles Xavier & Reed Richards. While they both have appeared in different studio films, this is the first time we have seen them in the MCU. But what versions are we seeing?

Many have theorized that this version of Professor X is not the one we have seen in Fox’s ‘X-Men’ films. Most point to his chair in the film, and the little sound cue that plays when he wheels out, both connecting to the 90s ‘X-Men’ cartoon. The one that Marvel just so happens to be reviving for Disney+, called ‘X-Men ‘97.’ While he does die in this universe, who’s to say he’s not still alive in others with the same chair? And could the new ‘X-Men’ cartoon connect to ‘Multiverse of Madness’ by being its own universe?

Finally, we have Reed Richards, played by actual fan-casted John Krasinski. While we got Fox's ‘Fantastic Four’ in the past, this is the first time we’ve seen a hero from that team in an MCU property. It’s hinted that the Illuminati is funded by the Baxter foundation, but what could his inclusion mean? It’s highly speculated that this could be both a little nod and hint by Marvel. One to his casting (photoshops aplenty before this reveal) and could be also a sign of what’s to come.

We know Marvel is making a ‘Fantastic Four’ film and that it will be attached to the overall MCU. But we have no info on the story or the production other than director shakeups. While seeing fan-favorite casting come to life is a great time, this could just be another universe version of Reed Richards. When he does return in his own film, there’s a chance we’ll see a different actor playing him.

I know all of this may sound confusing like all the multiverses shown in the film, so I hope this little breakdown helps a bit! ‘Doctor Strange in the Multiverse of Madness’ has brought the MCU into the new era—and has given us some exciting clues on where it could be going next.

Let’s see if ‘Thor: Love and Thunder’ continues our journey through the Marvel Multiverse!

13 Things You Never Knew About 'X-Men Origins: Wolverine" on its 10th Anniversary