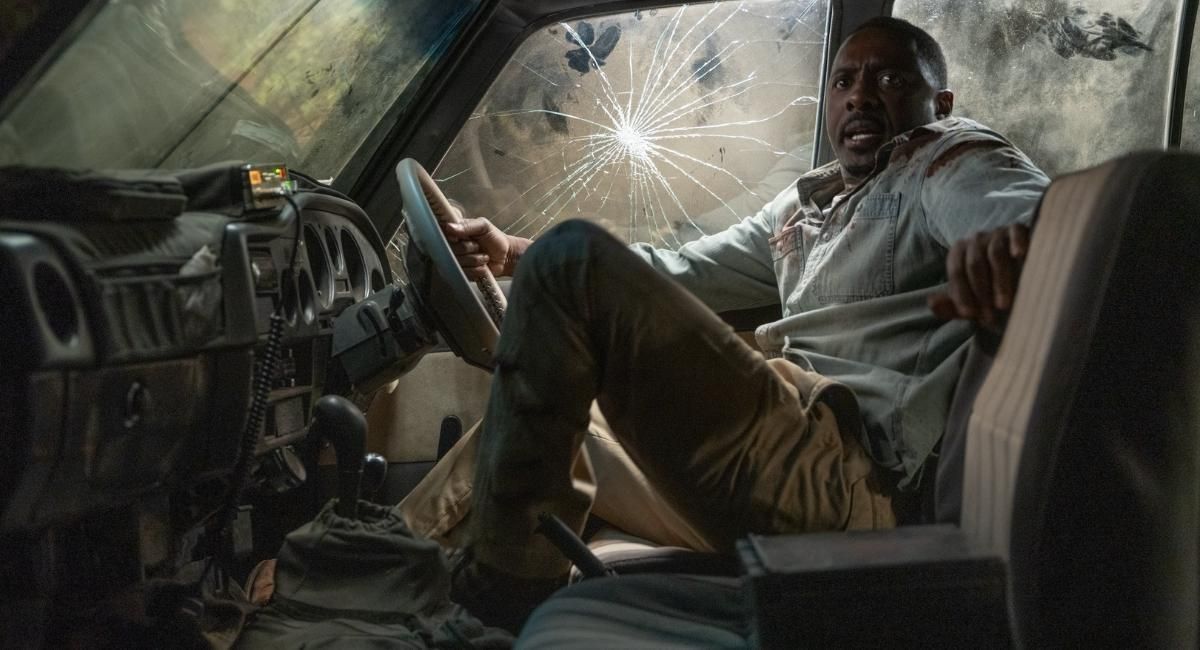 Idris Elba is not a man to take threats lightly on screen. During his time leading UK TV series ‘Luther’, he doggedly hunted serial killers and other criminals, while scowling a lot in shabby cool coats. In theaters, he’s battled Kaiju, gods, monsters, demons, and a severe hit to his dignity (in ‘Cats’).

And more recently, he’s also been the danger, threatening the heroes in movies such as ‘Fast & Furious: Hobbs & Shaw’, ‘Star Trek Beyond’ and ‘Sonic The Hedgehog 2’.

But is he ready to take on nature at its worst? The answer from the first trailer for man vs. lion thriller ‘Beast’ is a qualified… maybe?

Elba here plays Dr. Nate Daniels, a recently widowed husband who returns to South Africa, where he first met his wife, on a long-planned trip with their daughters to a game reserve managed by Martin Battles (Sharlto Copley), an old family friend and wildlife biologist.

But what begins as a journey of healing jolts into a fearsome fight for survival when a lion, a survivor of blood-thirsty poachers who now sees all humans as the enemy, begins stalking them. The creature is red in tooth and claw, and powerful enough that the locals refer to it as “the devil”. Which means that Nate and his family will have to fight for their lives, because leaving out a few cans of Fancy Feast (other cat foods are available) just won’t get the job done.

The trailer also, though, suggests that the lion might not be the only thing that Nate and his daughters must worry about. Wrong ‘uns of a more human shape are also lurking in the background, offering just as much of a threat.

Baltasar Kormákur, a man who knows a thing or two about bringing visceral thrills to the screen, having made movies such as ‘Everest’, ‘2 Guns’ and ‘Contraband’, is behind the camera here, working from a script by ‘Rampage’s Ryan Engle, who himself drew from an original story by Jaime Primak Sullivan.

‘Beast’s concept seems simple enough, a basic skeleton on which to build lots of savannah-based running, screaming, shooting and shots of a lion attacking a jeep in the grand tradition of ‘The Ghost and the Darkness’. Elba can certainly handle the action side of things, and we know he’s got the dramatic chops, so fingers crossed this will be a fun one.

Alongside Elba and Copley, the cast also includes ‘The Hate U Give’s Iyana Halley as Daniels’ 18-year-old daughter, Meredith, while ‘Empire’s Leah Sava Jeffries plays his 13-year-old, Norah. Plus, there’s Mel Jarnson, Amara Miller, and Damon Burtley. How many of them will end up as lion fodder? We’ll have to wait and see.

With Will Packer, the prolific producer behind the less lion-centric likes of ‘Girls Trip’, ‘Night School’ and ‘Think Like a Man’ shepherding the movie to our screens, ‘Beast’ is set to roar into theaters on August 19th.

"Sometimes the rustle in the bushes actually is a monster."
Not Yet RatedAug 19th, 2022

A recently widowed man and his two teenage daughters travel to a game reserve in South Africa. However, their journey of healing soon turns into a fight for survival... Read the Plot