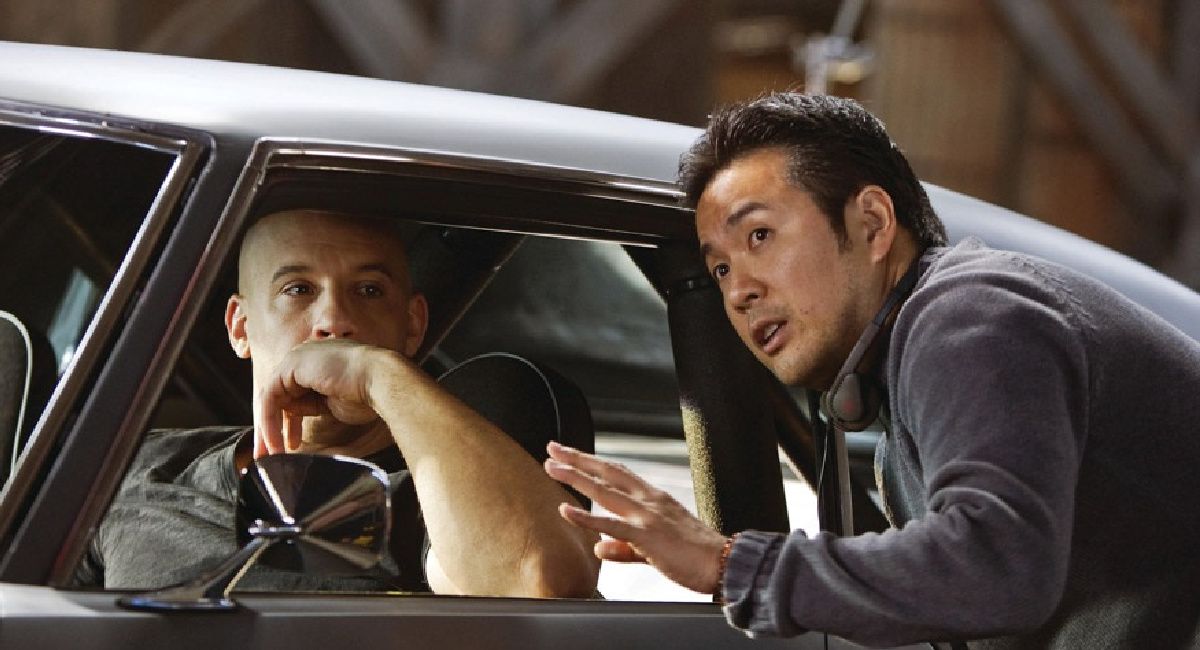 (L to R) Vin Diesel and director Justin Lin on the set of 'Fast Five.'

There was surprise and consternation back at the end of April when Justin Lin, who had steered many of the ‘Fast & Furious’ franchise’s most successful entries, abruptly departed the latest, ‘Fast X’, weeks into production.

Citing creative differences between himself, the studio and star Vin Diesel (but saying that he remains a producer on the movie), Lin stepped away, to be replaced by Louis Leterrier.

Which frees Lin’s time up to focus on another franchise, this one still at the embryonic stage. Sony has been looking to adapt manga and anime sensation ‘One Punch Man’ for a couple of years now, with ‘Spider-Man’ veteran producers Avi and Ari Arad attached to oversee it. And Lin has jumped aboard to direct and produce.

The massively popular ‘One Punch Man’ is a comedic action series about a superhero named Saitama who, as the title suggests, can defeat literally any enemy with a single punch. The only person not impressed with Saitama’s ability is Saitama himself; he’s completely bored with fighting and only gets excited when it seems like he finally has a challenge. The manga was designed as an absurd universe – Saitama’s foes include a humanoid crab named Crablante, who mutated after eating too much shellfish.

Created in 2009 by Japanese artist ONE as a webcomic, the story quickly went viral. In 2012, it was then published on Shueisha’s Tonari no Young Jump Next company with illustrations by Yusuke Murata along with ONE. The series became huge with worldwide sales totaling more than 30 million copies.

When the English edition published by VIZ Media debuted in the U.S. in 2015, the first and second volumes made the New York Times Manga Bestsellers list and was nominated for an Eisner and a Harvey Award. Since then, the popularity of ‘One Punch Man’ has led to a critically-acclaimed anime series, plus games across different platforms.

Scott Rosenberg & Jeff Pinkner, who have teamed up to write movies such as ‘Jumanji: Welcome to the Jungle’, ‘Jumanji: The Next Level’ and the first ‘Venom’, are at work on the script for this one.

Their history includes the likes of ‘Fringe’ and ‘Lost’ on TV and other movies including ‘The Dark Tower’.

‘One Punch Man’ is still in development, and we don’t yet know who will be playing the main character. A big question will be getting the tone right – since the source material was designed as a spoof of big, portentous manga tales, finding the comedic balance here will be key. Still, Lin’s own past TV work on shows including ‘Community’ might help on that front.

And he has a solid track record even outside of the ‘Fast’ films. He’s handled big other projects such as ‘Star Trek Beyond’ and directed smaller movies including ‘Annapolis’ and ‘Better Luck Tomorrow’.

Sony, of course, would love for this to become a popular new movie series to add to its existing franchises including the ‘Spider-Man’ movies and ‘Uncharted’.

Live-action feature adaptation of the well-known manga "One Punch Man". Read the Plot