The new movie marks a reunion for Murphy with his ‘Boomerang’ director Reginald Hudlin, and with producer Brian Grazer, who also worked on the 1992 comedy. 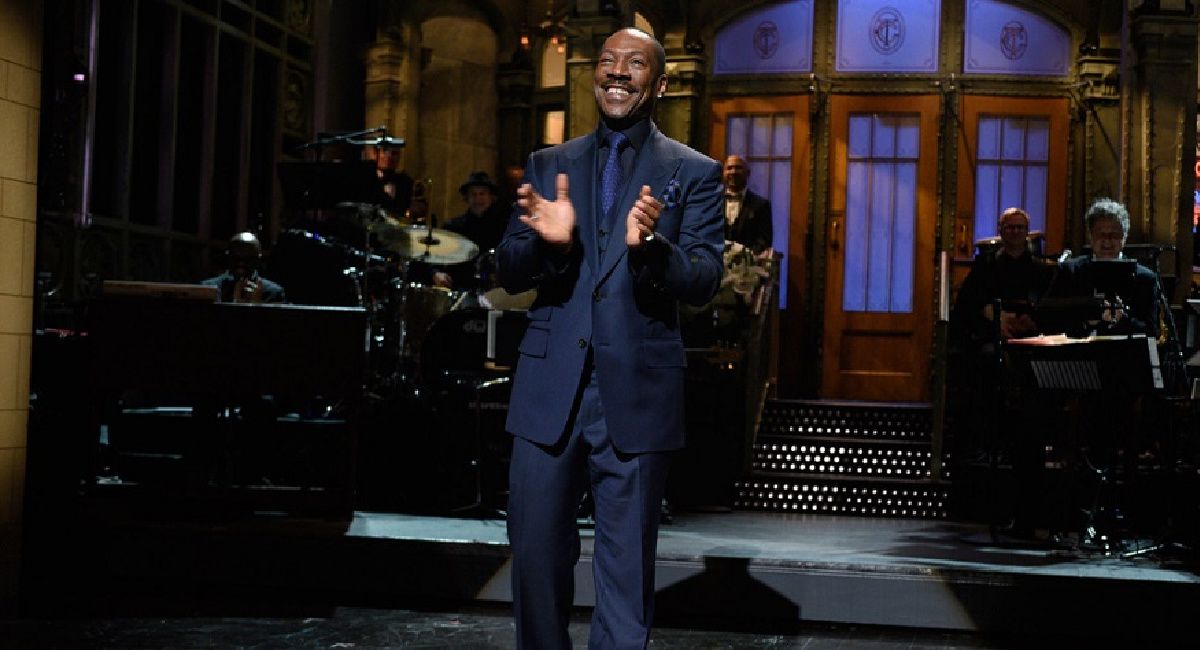 It might be July, but Eddie Murphy is feeling festive.

He’s now aboard to star in and produce a new Christmas movie called ‘Candy Cane Lane’.

We don’t yet know what Murphy will be doing in the movie, as none of the plot details have been revealed. According to Deadline, however, the story is based on writer Kelly Younger’s experiences with the holiday in his youth.

Younger has written for the Muppets: he co-created ‘Muppets Now’ and contributed to the script for ‘Muppets Haunted Mansion’. He also has experience with Disney Feature Animation, serving on the Story Trust for the studio, and crafting the story for ‘Ralph Breaks the Internet’.

He scripted ‘Candy Cane Lane’ as a spec, and Amazon picked it up as a potential project for Murphy.

The actor and producer has a three-picture deal with Amazon following the success of ‘Coming 2 America’ on Prime Video, which was plucked from limbo at Paramount during the pandemic.

And ‘Candy Cane Lane’ represents more than just the latest Murphy/Amazon collaboration – it’s also a reunion for the star and director Reginald Hudlin, who last worked with him on 1992 comedy ‘Boomerang’.

Also back from that movie is producer Brian Grazer, who has an even longer working relationship with Murphy that includes movies such as ‘Life’, ‘Tower Heist’, ‘The Nutty Professor’ and ‘Bowfinger’.

Murphy has seen a real boost to his career of late between the likes of Netflix’s ‘Dolemite Is My Name’ and ‘Coming 2 America’. He’ll next be back on screens for Netflix comedy ‘You People’, which also stars Jonah Hill and Julia Louis Dreyfus.

Then there’s Pixar’s latest movie, ‘Elemental’, where his voice will be heard alongside the likes of Amy Adams, Selena Gomez, Zach Braff, Nick Nolte, Josh Gad and Ray Romano.

Still in development is the long gestating ‘Beverly Hills Cop 4’, which Murphy plans to star in and produce.

“The holiday season is my favorite time of year — just ask my family about my nine-hour Christmas playlist,” Hudlin tells Deadline. I‘m excited to be working again with Eddie Murphy, Brian Grazer, and Amazon.”

Adds Amazon Studios head Jennifer Salke: “As we know firsthand with our hit ‘Coming 2 America’, Eddie is someone who brings global audiences together, and we can’t wait to make it happen again. We look forward to seeing the multi-talented Reggie Hudlin take the helm in bringing this future holiday classic to life!”

With Murphy aboard, we can likely expect more than just a saccharine family movie about the importance of family or some other familiar film, but he does have a few of those in his past too.

‘Candy Cane Lane’ hasn’t yet locked down a release date, but the cameras will start rolling this coming winter in Los Angeles.

Eddie Murphy in Netflix's 'Dolemite Is My Name.'